A lot can be made for early season predictions.

Many times fans and writers predict how they think the season will go and while often close to the truth, very few people can completely nail a prediction over the course of a 162 game season and month long postseason that could last an additional 20 games for a team depending on how challenging the series are they face (Wild Card, LDS, LCS, WS)

This article discusses how despite making a huge off-season acquisition of Bryce Harper prior to the start of the 2019, that it was Andrew McCutchen who would be the most important part of the Phillies success in 2019.

That article written proved to be a very accurate statement as the Phillies had the SECOND BEST leadoff hitter in the league prior to Cutch's injury.  The Phillies were 33-26 (7 games above .500) at the time of the injury.  This is a .559 winning percentage.  Had the Phillies kept this pace they would have finished with roughly 91 wins which would have given them a Wildcard Berth in the postseason.

After Cutch's injury, well they had the second worse leadoff stats in baseball and unfortunately the Phillies finished 81-81, giving the Phillies eight seasons without a winning record.

We currently have no live baseball to watch and are forced to draw our own predictions about what kind of baseball season we may see in 2020.

There's talks of a shortened season, an Arizona season, no season, Grapefruit League vs Cactus League, daily double headers, the discussions are endless.

Today's card draws (pun intended) on the idea of what ifs. 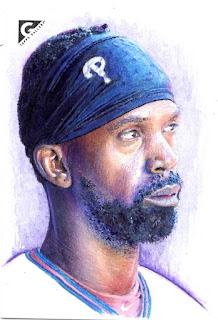 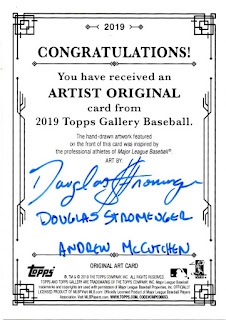 It is my 6TH PHILLIES sketch of Cutch in my collection.

The others can be seen below 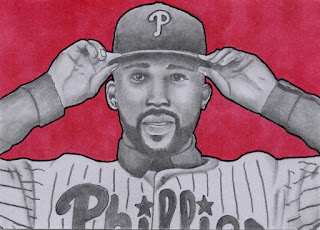 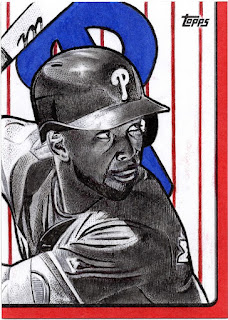 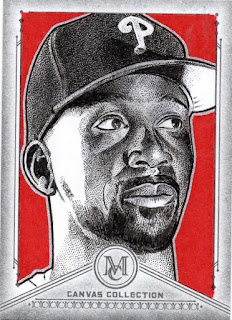 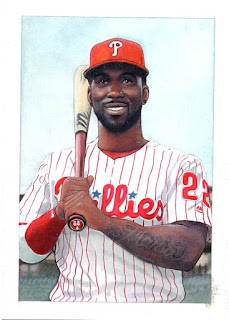 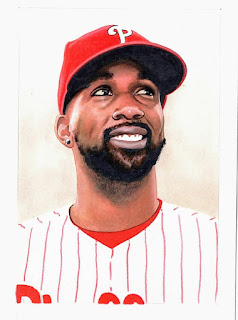 Now let's draw our own predictions, if player safety is met to a standard agreed upon by the MLBPA and CDC...
What kind of season do you think we will see and what will the Post Season look like?

Posted by Collecting Cutch at 11:13 AM