Something I have been obsessing over is the research of matching an image used for a Topps product to an actual at bat. 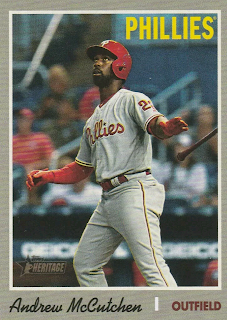 The 2019 Heritage High Numbers action variant is from a game played April 14, 2019 where the Phillies beat the Marlins in a 3-1 contest in 14 innings. 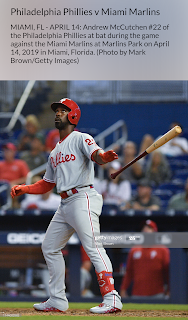 Highlights of the game can be seen in the video below.  Head to 3:50 mark to see the (slightly foul) absolute bomb that Cutch hit off Wei-Yin Chen.

You can see the image used for the card directly from the Getty Images screenshot above, but the near homerun shot would have been a cooler "action shot" mainly for the fan jumping up precelebrating. 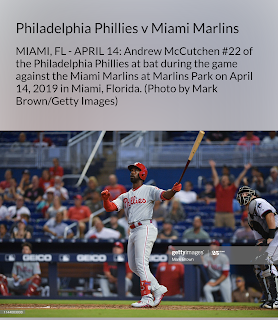 Despite just missing the go ahead homer, in typical Cutch form he put everything he had in to the next pitch to leg out a triple to give his team a chance to take the lead.  Fortunately Jean Segura hit a homer that put the Phillies up 3-1 and improved their record to 9-5 on the very young season.

Which of the three images below do you think would have been better for an action variant? 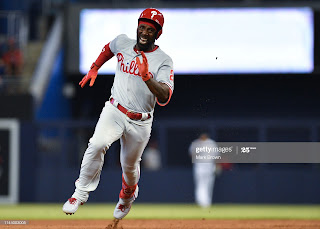 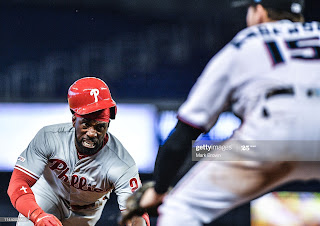 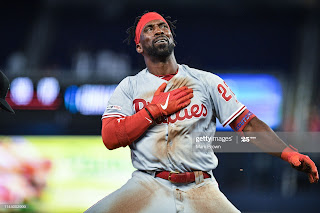 Do you ever research the images on Topps cards?
Posted by Collecting Cutch at 10:19 AM