Why did the ChickenMan cross the Swamp?

There is 1 week every year that I am committed to my TV more than any other week.  It's not sports related , has nothing to do with politics, and is the most Jawesome week of the year.
I am talking about Discovery Channel's Shark Week.
Shark Week has officially kicked off, but I began my shark watching obsession last week by watching some of the SyFy movies about sharks that were available to stream online.
I started it off with future SaveSecondBase representative Kristy Swanson (I am already in the process of working on my annual event October posts) and a movie she starred in called Swamp Shark. 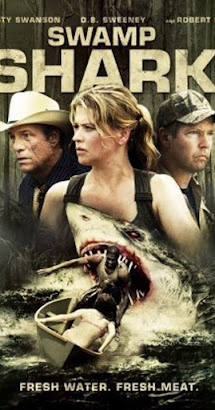 It's a pretty terrible yet amazingly bad SyFy movie about a fresh water shark that is eating the gators at the nearby Gator Shack restaurant.
Things get out of control and police are looking to stop the sharks as well including....

Deputy Wade Boggs?
Yup, the Hall of Famer has a cameo in the movie.
If you have been following my blog for the past few years, you are probably aware that I consider myself a Super Collector of Andrew McCutchen.
I have shown off A LOT but nowhere near everything in my collection over the years.  A few months ago I showcased my Andrew McCutchen 1/1 cards that relate to the 1983 Topps design when I celebrated what would have been Tony Gwynn's 60th birthday.  You can revisit that post here.
Tony Gwynn's 1983 Topps rookie card was released the same year that Topps released rookie cards of other Hall of Famers Ryne Sandberg and Wade Boggs.
You can see the acknowledgement on the back of this Superfractor 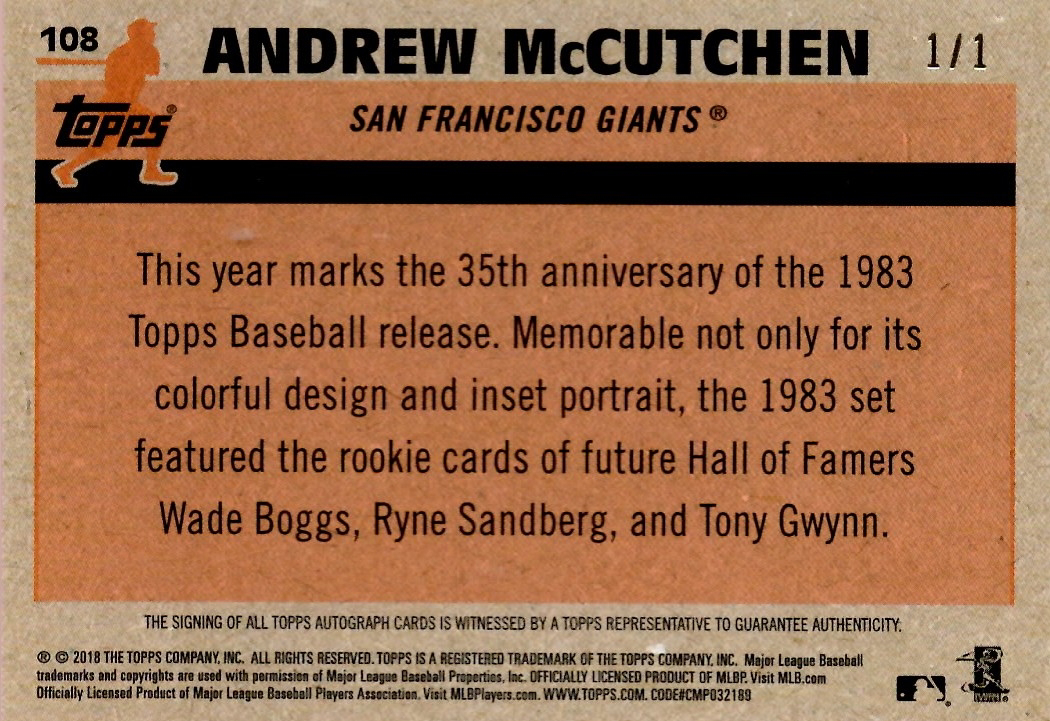 I have both the autograph and "base" Superfractors of this 1983 Silver Pack exclusive cards. 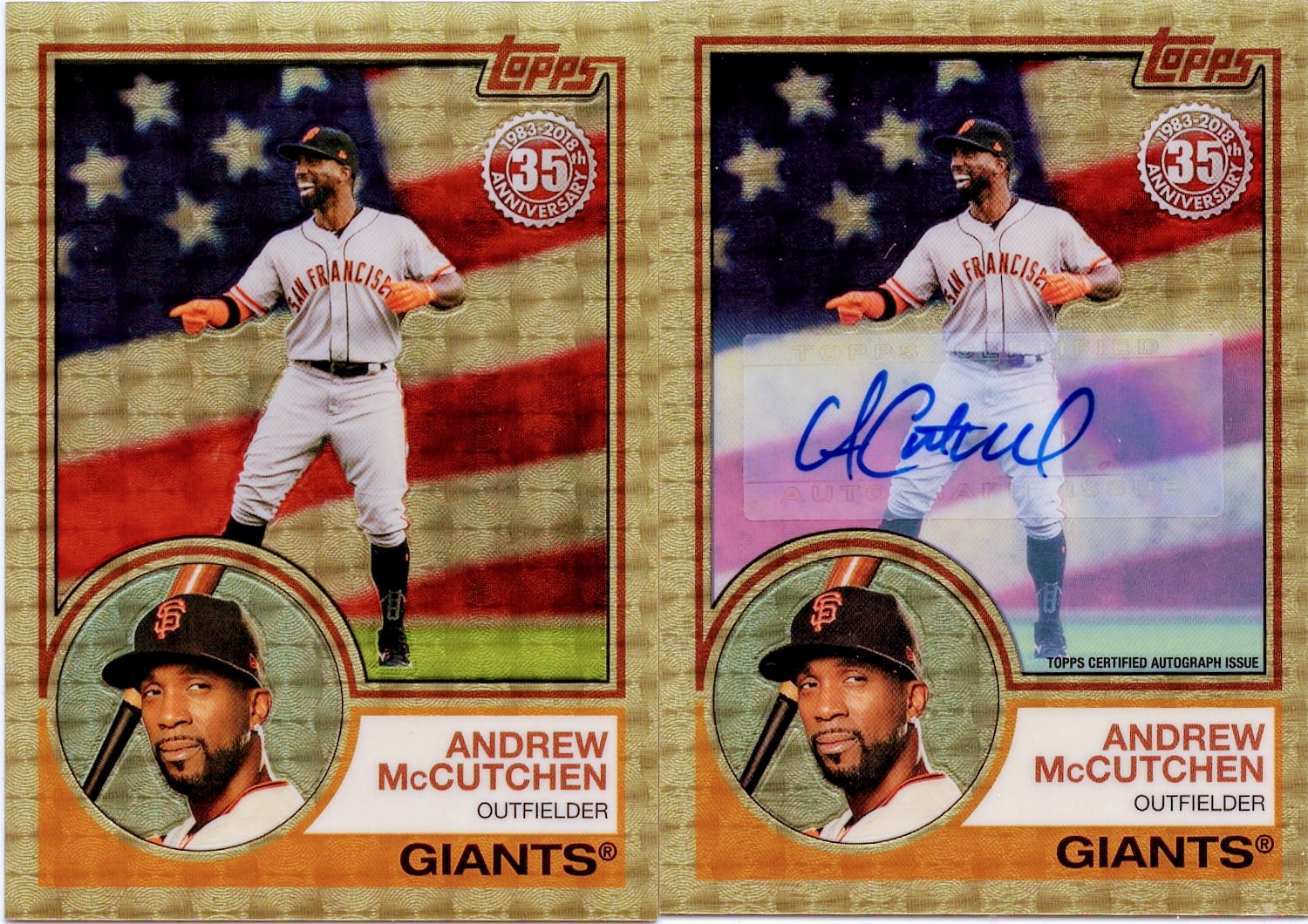 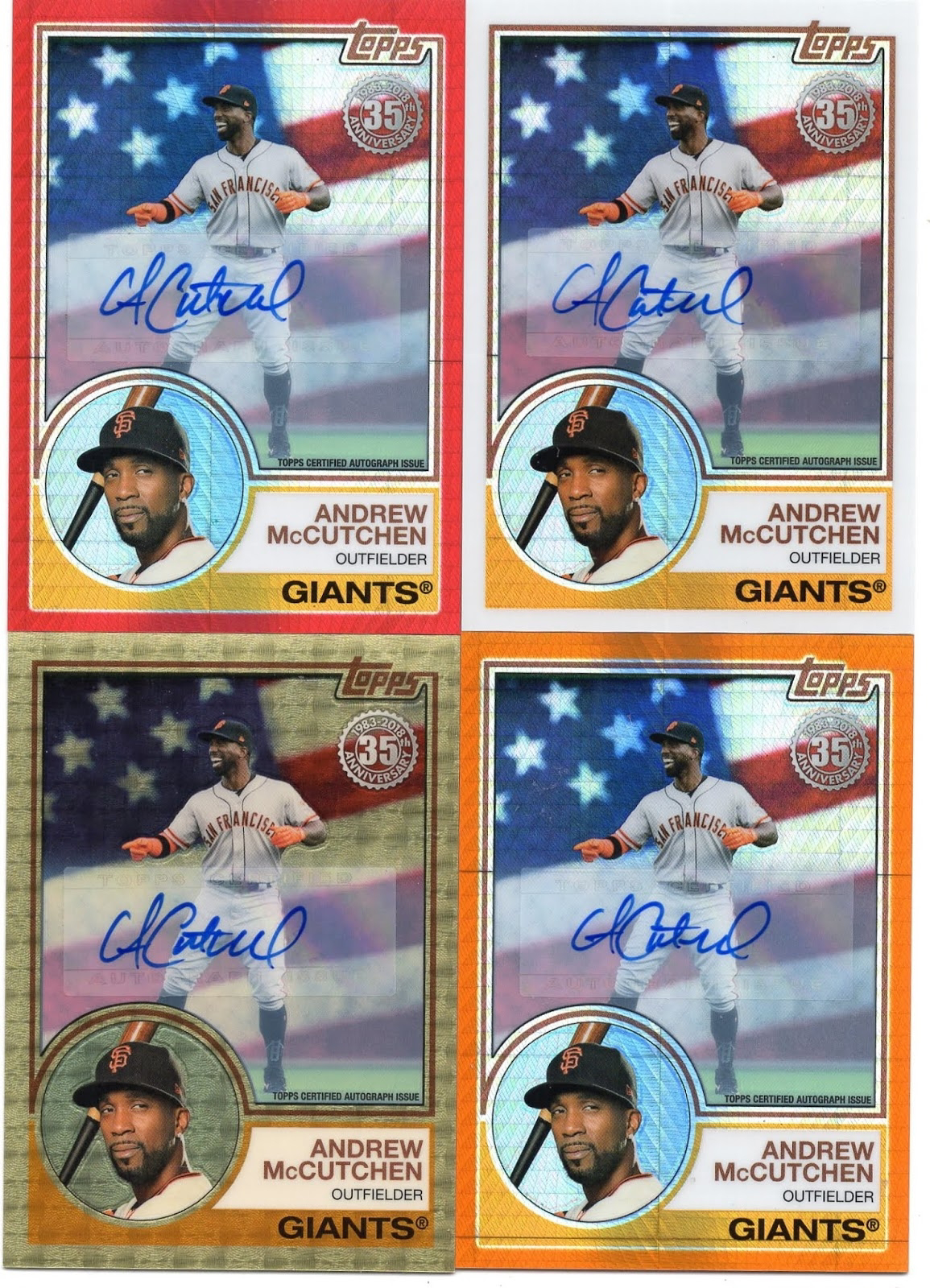 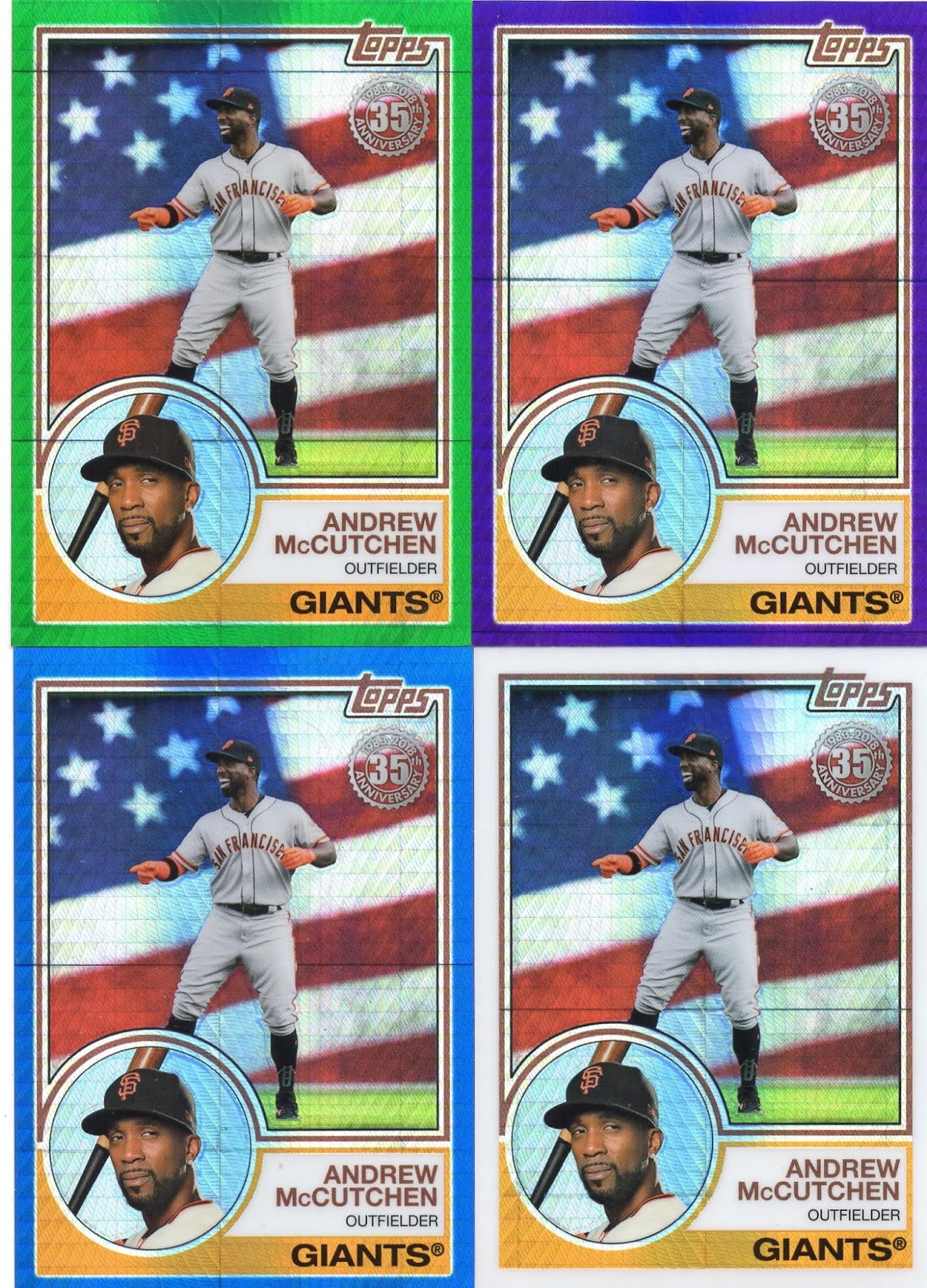 I have the green, purple, blue, and base.  I am still in need of the red and orange. 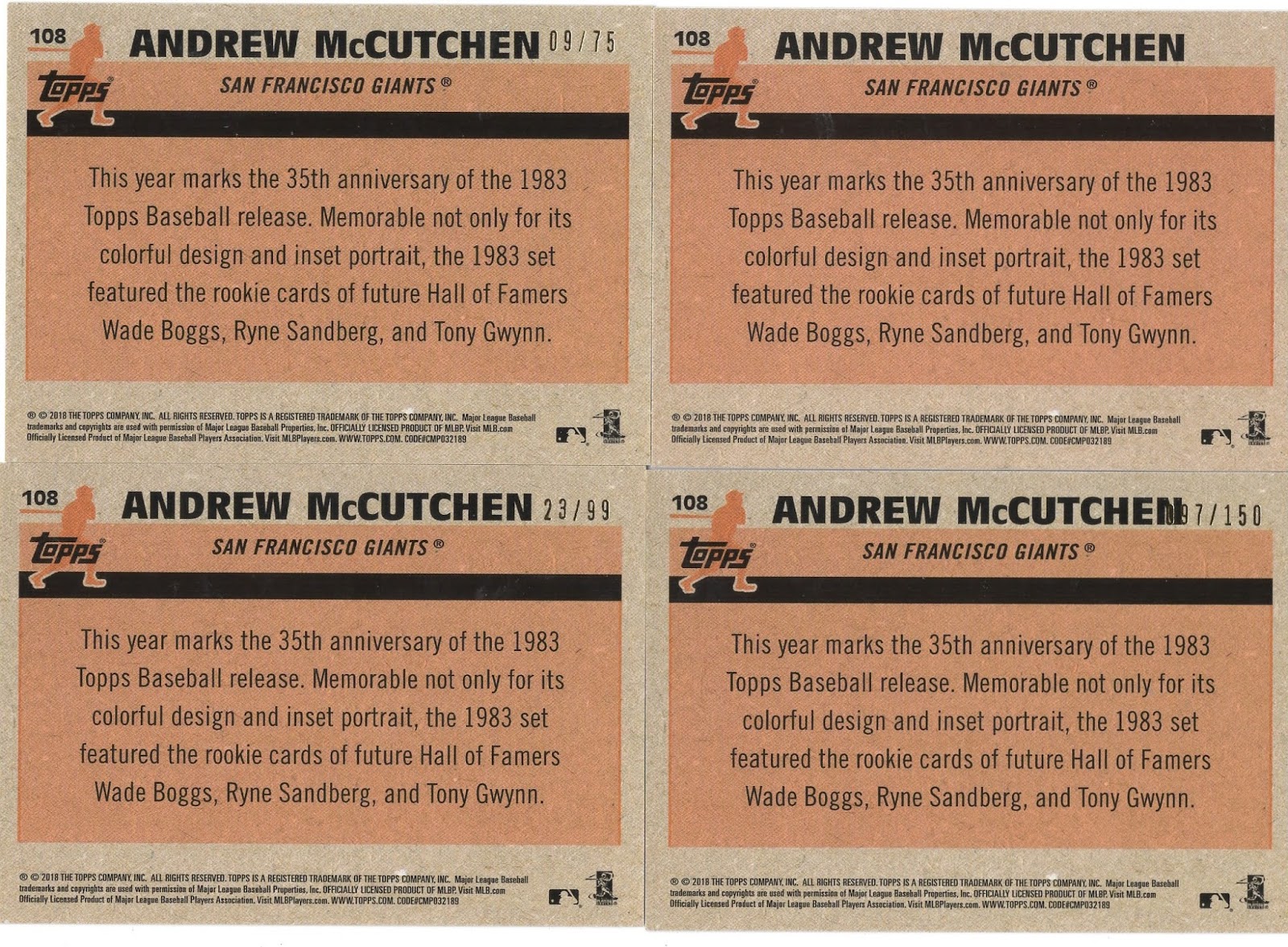 The backs show Wade Boggs, Hall of Famer and Actor listed on the back.
If you enjoy seeing other people's collections like I do may I suggest you check out a pair of Wade Boggs Supercollectors on YouTube
First up is Richard who has the most amazing basement bar setup I have ever seen and it is devoted almost entirely to Wade Boggs.
He has even called it The Boggs Tavern.  You can click here to see a tour of the Boggs Tavern
Another supercollector of Wade Boggs on YouTube is John who goes by Wade Boggs Fan on YouTube.  You can see John's Boggs Room Tour by clicking here.
Posted by Collecting Cutch at 2:05 PM