A few days ago, the Mighty Fuji posed a question about favorite TV shows.  Initially I thought, I don't really have a lot of TV shows I watch, but in reality there's quite a few.

In addition to all the DC comics shows (Flash, Arrow, Gotham) Criminal Minds, and 9-1-1, I have found myself staying up until 11pm every Monday to watch Good Girls. 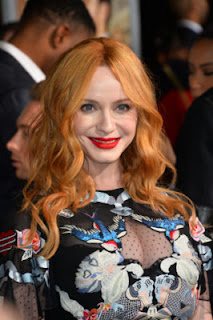 It started out wanting to see my favorite actress to look at, Christina Hendricks, but it turns out the show is actually interesting. 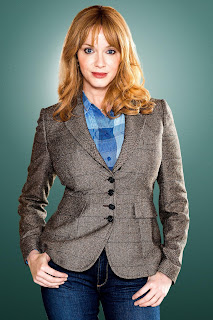 It goes without saying that I will continue to watch the show until it's cancelled...or until Christina Hendricks leaves the show.

While going through some of my Cutch collectibles that aren't cardboard I found this schedule from the Pirates AAA team, Indianapolis Indians, from 2009. 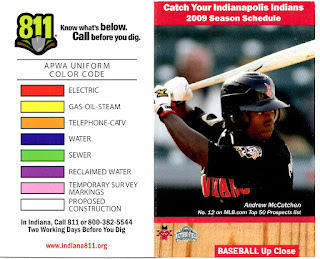 It's a pretty cool pocket schedule that shows the Indians complete schedule and their promotion events.
Posted by Collecting Cutch at 10:54 AM