Definitive is such a beautiful high end set.  Cutch has two different photo variations to chase.  One is a black jersey numbered AMC 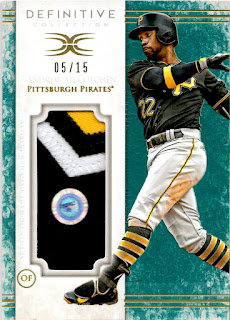 Looking at the authentication sticker we learn that this black jersey is from a home game in which the Pirates hosted the Houston Astros in a 3-1 loss. 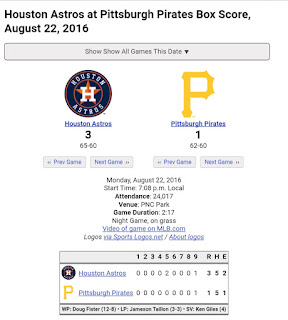 Cutch went 0 for 4 with two punchouts on the day. 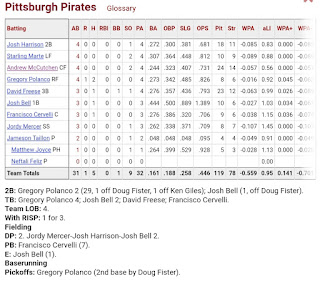 The other variation of Cutch for 2017 Definitive is a white jersey numbered AM. 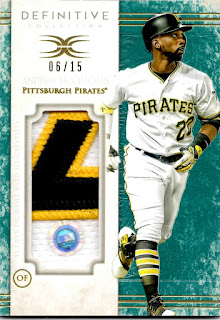 This white jersey swatch is from an August 22nd 2015 home game against the San Francisco Giants which ended in a walk off homerun by Starling Marte.
The winning pitcher of the game is current Giants closer Mark Melancon. The losing pitcher is current Pirates setup man George Kontos. 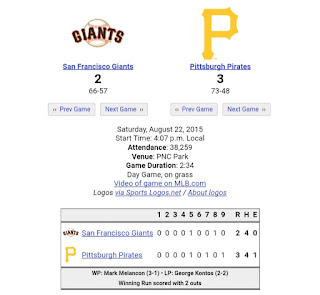 Cutch went 0 for 2 with a walk and caught stealing. 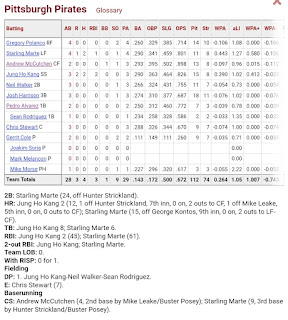 It's kind of odd that both jerseys are from August 22nd, but looking at Cutch's performances on those dates in 2015 and 2016 it is clear why those were given to Topps to cut up.

I am slowly trying to collect both versions in all the different color parallels available.  The thing I like about these two examples is that the large jersey swatches match the uniform that Cutch is wearing on the card.

The green parallels are both numbered to only 15 copies.

Posted by Collecting Cutch at 4:31 PM