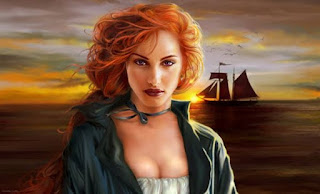 Much like this image of Grace O'Malley, the Pirate Queen of Ireland. 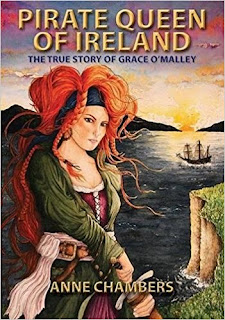 There's no official pictures of Grace as she was alive during the 1700s, way before selfie sticks and Instagram. 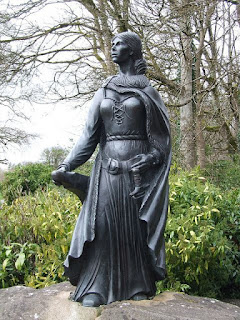 However, there is a statue of her in Ireland.

Since we only have artistic impressions of today's subject, I thought I would show what used to be one of my favorite releases each year. It just so happened to have artistic roots to it as well.

For many years Gypsy Queen has been one of my favorite releases each year.  The on card autographs, framed parallels, mini cards, and full size relics were cards I looked forward to getting in each box of art inspired designs.

The lack of minis I was ok with as Allen & Ginter still had their tobacco size minis.  The framed parallels though?  Well that annoyed me and is a reason why Diamond Kings is now one of my favorite releases.

Gypsy Queen did add a new level to their photo variations cards by including a retail green parallel to chase. 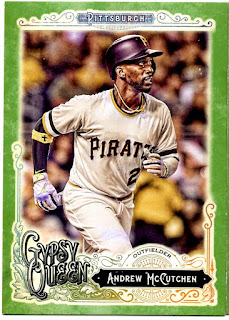 In addition to the photo variant green parallels is the standard base green parallels available only in retail and also a green back parallel to chase which are unnumbered to 50 copies.

Lots of green from the Gypsy Queen.
Posted by Collecting Cutch at 10:50 AM