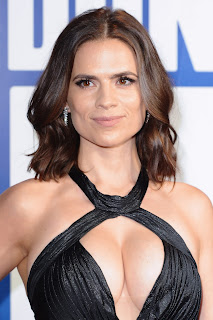 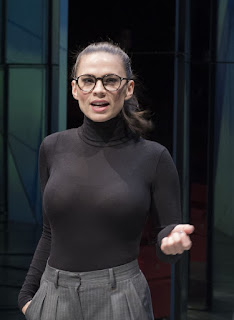 Atwell has appeared in many different commercials, TV shows, and movies.

Her first break was a Pringles commercial. 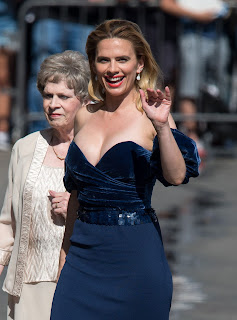 She has also appeared as Cinderella's mother in the live action Cinderella movie. 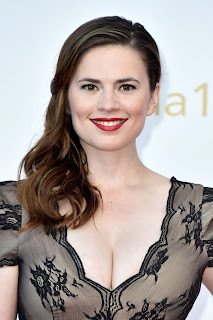 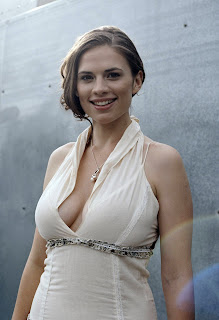 While Hayley portrays a love interest of a famous American superhero, Atwell was born in London where the biggest fictional hero is James Bond. 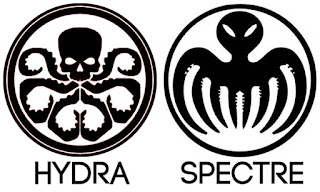 Cutch appeared in this year's Spectra insert set of the 2018 Panini Chronicles release. 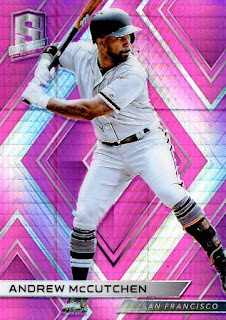 The pink parallel is numbered to 75 copies and discusses how Cutch saved the day with his early season heroics against the Dodgers by going 6 for 7 including a walk off extra inning homerun. 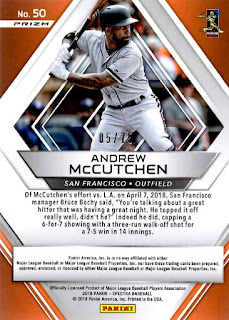 Posted by Collecting Cutch at 12:54 PM