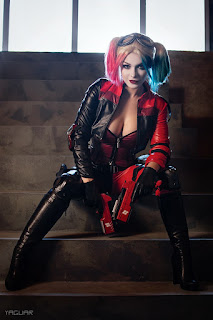 This post may seem a bit strange as it will feature a few diffenent ladies who all have one thing in common. 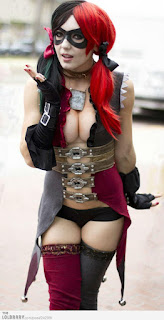 They have all voiced or played the fictional character Harley Quinn. 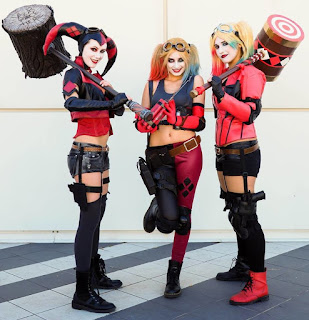 Margot Robbie brought the character to life on the big screen with her depiction of the zany Arkham Asylum inmate. 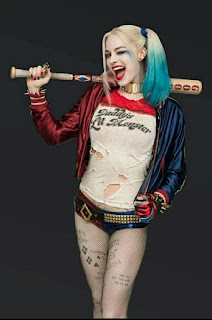 Margot stole the show in the film Suicide Squad. 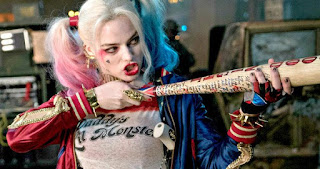 Her version was spot on for how Harley would interact with other super villains and her absolute love for Mr. J aka The Joker. 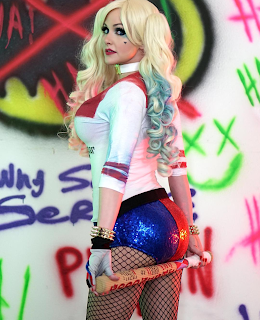 The roller derby design is my favorite of Harley Quinn, especially when cosplayed by Angie Griffin (she was spotlighted yesterday). 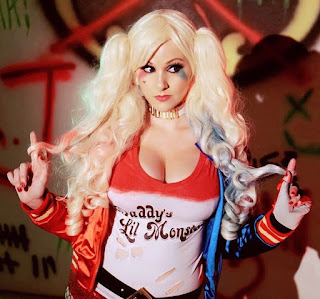 When the character was first introduced by creator Bruce Timm on The Batman Animated Series she carried a massive wooden hammer and was voiced by Arleen Sorkin. 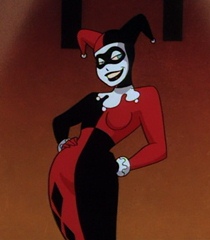 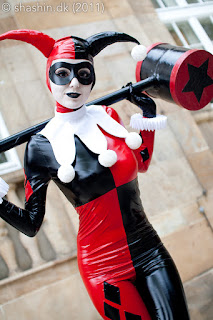 Sorkin was the inspiration for the character's personality and the main reason why so many fans fell in love with the character.  Fun Fact:Sorkin is married to on screen nutcase Christopher Lloyd.  Great Scott!!!!! 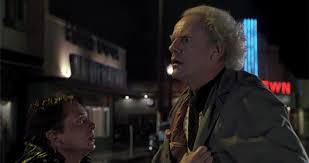 The character has been voiced by many more voice actresses including Hynden Walch who actually has a bit of physical similarity to the former psychiatrist turned psycho. 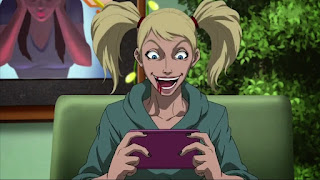 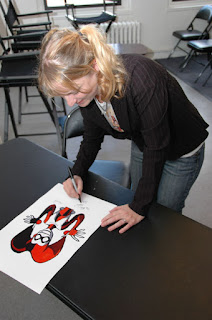 Quinn will be voiced in a brand new solo animated series by everyone's favorite waitress neighbor of the geekiest nerds on TV. 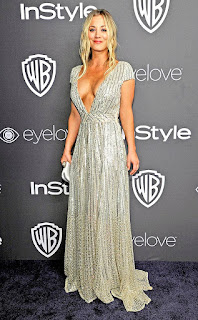 Yup, Kaley Cuoco who plays the,character Penny on The Big Bang Theory will be voicing Harley Quinn this year. 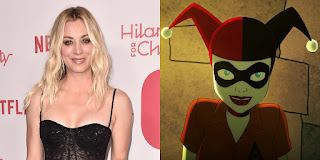 While the character's appearance has slightly changed over the years, the personality certainly remains. 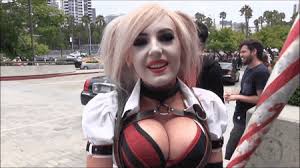 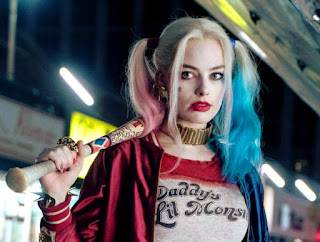 Harley Quinn may not be real and sadly neither is this Pink Bat Knob numbered to 25 copies produced by Topps. 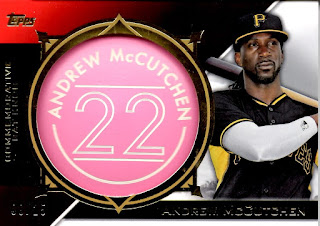 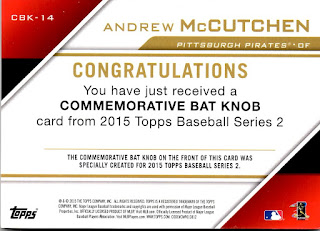 Who are some of your favorite fictional female characters?
Posted by Collecting Cutch at 5:30 AM