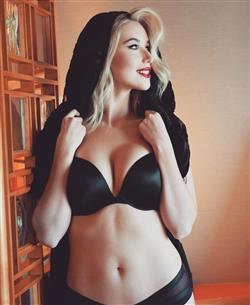 Noelle Foley may not be a household name, but to anyone who watched wrestling in the 90s and early 2000s her father certainly was. 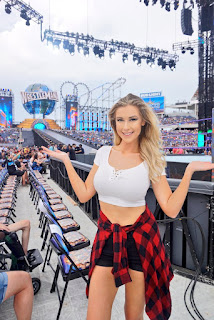 Noelle is the daughter of Mick Foley aka Mankind aka Dude Love. 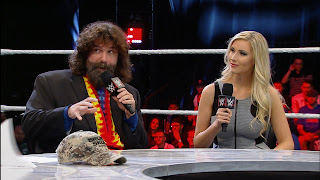 Her wrestling career at age 24 hasn't quite taken off the way her father's has, but her Instagram account has made her very popular among sports fans. 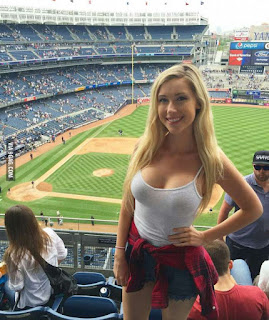 She seems to have a bit of a nerdy side to her too as these lovely cosplay and pop culture items will show. 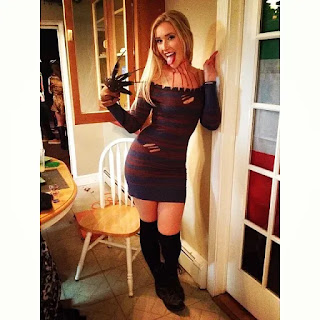 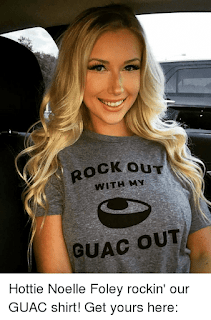 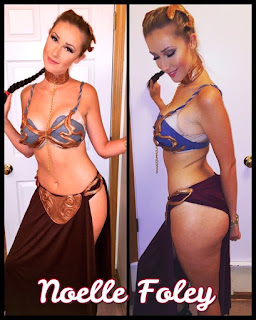 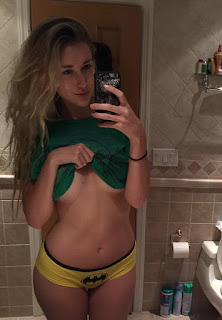 Just don't start a fight with her dad. 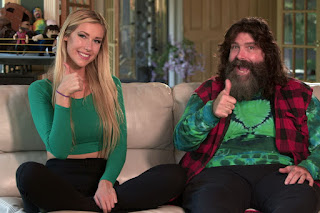 This Gregory Polanco Topps Chrome Pink refractor shows off how Polanco claims to "Fight Fight Fight at the plate".  This kind of offensive ability landed him as the Pirates top offensive prospect since..... 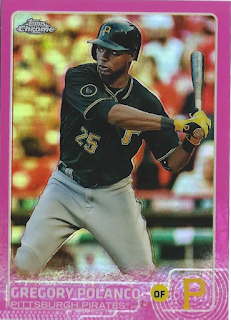 You guessed it Andrew McCutchen. 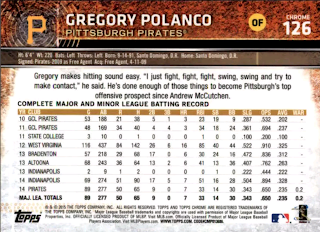 When Polanco came into the league, scouts said he could become better than Cutch noting his speed, defensive upside, and strong upper cut left handed swing could make him a superstar.

Fans have seen glimpses of Polanco's streaky offensive capabilities, but they have also seen him have many injuries since making his 2014 MLB debut.

There will be more cameos of Cutch as we get through the month. It could be on the front or back of the card, but I have put a decent amount of research into these posts to keep things fun and entertaining while not letting them get stale.
Posted by Collecting Cutch at 7:49 AM