The (Evil) Empire Strikes Back

I have no idea who this is, but it certainly is an attention grabber....and it features a nice look at this month's prominent color.

The Yankees are on the brisk of elimination at their rival, the Boston Red Sox. While I don't like the "Evil Empire" I do enjoy the thought of two of my favorite Pirates in recent years (Neil Walker and Andrew McCutchen) having the chance to play deeper into the postseason.

Here are my top 5 women wearing Yankees hats to try and hope they can pull out a victory so that Cutch may chase his World Series ring. 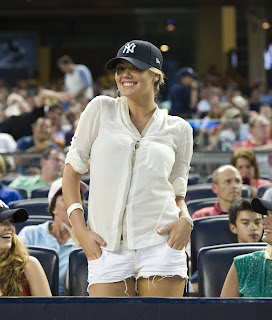 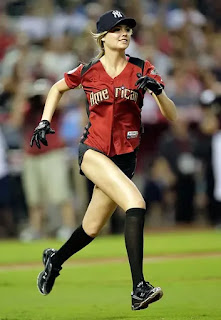 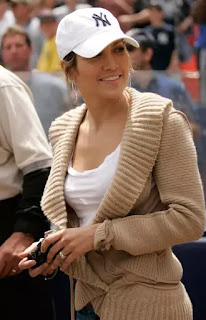 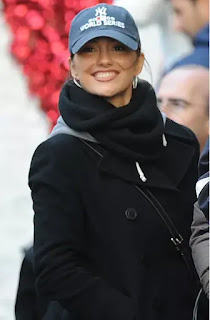 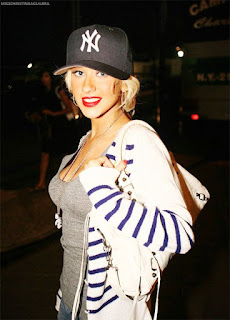 4. Christina Aguilera (how dare you betray the Burgh) 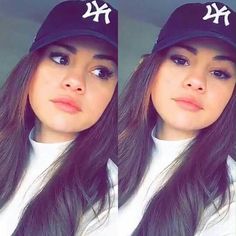 
To the surprise of many fans, this isn't the first time that Cutch has worn pinstripes. During his rookie season with the Pittsburgh Pirates, Cutch would wear an alternate pinstripe uniform.

It can be seen on this 2009 Topps Update 1/1 Magenta Printing Plate. It's his rookie card. 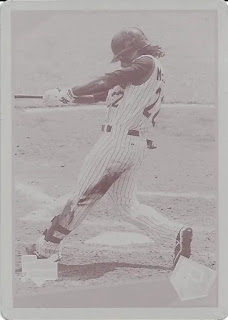 I remember getting this plate from Sportlots for only $15 in 2010.  That was a massive coup for me. 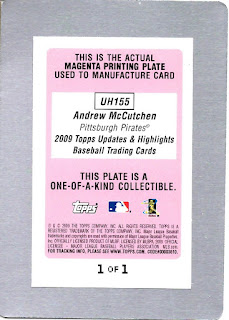 Posted by Collecting Cutch at 4:33 AM