It rained all day yesterday and rather than blogging, I focused on catching up on Netflix shows.  My latest binge watch is Locke and Key based on the IDW Graphic Novel of the same name.

On the same day in 1967, Curt Flood record 227 games without an error ended. During those games he had 568 chances, a major league record.

To baseball fans Curt Flood is remembered for several things.
1)His 1964 Topps card is highly overpriced due to one collector Supercollecting only that card.  An article about it can be found here. 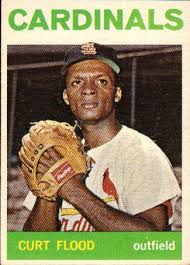 2)He was a three time All-Star and 7 time Gold Glove winner in Centerfield for the St. Louis Cardinals. 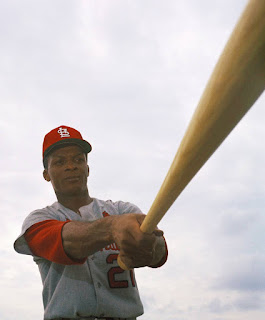 3)He helped bring about the ability for modern day free agency. 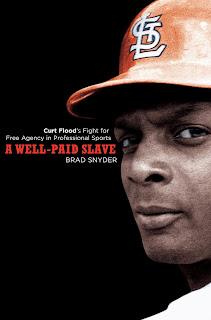 It is because of number 3 that I am writing about him today as part of Black History Month.

Flood challenged the initial reserve clause stating that "I do not believe I am a piece of property to be bought and sold irrespective of my wishes." 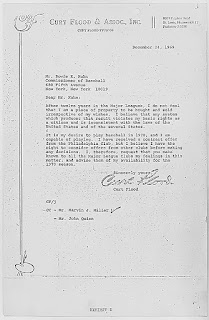 His fight in 1970 for free agency was groundbreaking.

Flood was eventually black balled from Major League Baseball because he stood up and said he wasn't happy to have been traded to Philadelphia.  He took the battle to the Supreme Court and ultimately loss.  It was until over 20 years later after his last game that changes were made regarding what the definition of the reserve clause meant and how long the initial team to sign the player for gets the rights to said player.  In 1998 the Curt Flood act was formed, but it is often referred to as 10-5 rights.  This means any player with more than 10 years in the league with the 5 most recent years being with the same team can choose not to be traded due to MLBPA rights.

Flood passed away January 1997 which was prior to legislation being implemented regarding antitrust laws for MLB.

He was elected to the Cardinals Hall of Fame in 2015, a second year induction to the building erected in 2014 to celebrate the All-Time greatest Cardinals players. He finished a career with 7 straight gold gloves, a .293 average and over 1800 hits. 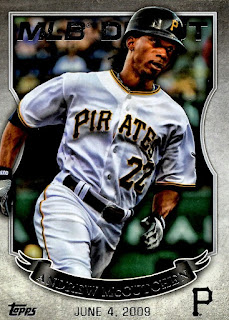 Posted by Collecting Cutch at 2:02 PM