Today will be another Serial History card breakdown.  2014 Bowman Chrome featured a great simple design and awesome color parallels that really popped with the borders.  The black parallel depicted below is numbered to only 35 copies. 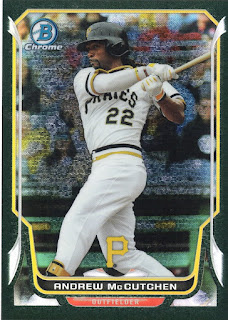 The back of the card features unique numbering as it represents 2 of my favorite black athletes' numbers of all time. 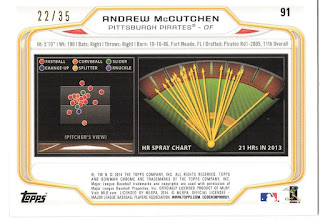 Andrew McCutchen is obviously my favorite active player and he has been since he made his debut back in 2009.

Prior to 2009 one of my favorites was Frank Thomas.  As my family and I were going across some old pictures of our family after my Grandfather's passing I was amazed at how many different hats I wore as a kid.

While trying to show a sense of style I noticed I wore a Chicago White Sox hat in quite a few pictures.  The reason for it was simple, The Big Hurt. 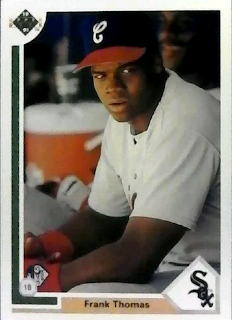 As a 10 year old pulling a card of the biggest power hitter giving me the middle finger was awesome. 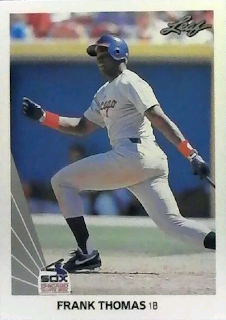 1990 Leaf was a ground breaking set in the way that 1989 Upper Deck gave fans a look into collecting for the future. I never had one as a kid because prices were often in the $70 range.  Today a PSA9 can be had for about $25 or less. 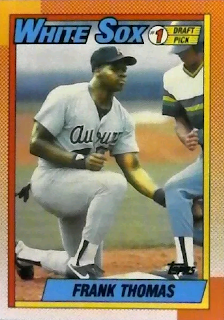 The no name variant is a grail of hobby collectors, but as a young kid I was happy getting one of these for $5.  The other player depicted on the card remains a mystery due to the airbrushing to remove his face. 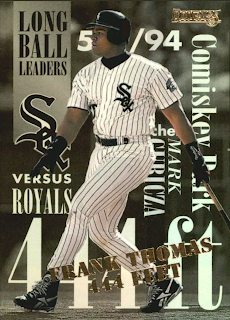 This was my favorite insert I pulled as a kid of the Big Hurt.  Today it can be had for under $2. 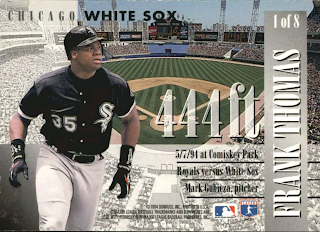 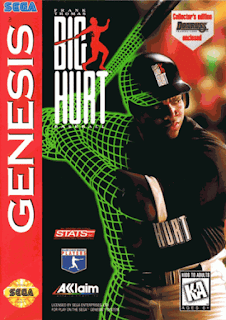 I can't begin to tell you how many hours I spent playing this as a preteen.

Frank Thomas was a first ballot Hall of Famer.  He slugged 521 homeruns in his 19 year career.  16 of those years were spent playing for the Chicago White Sox before he spent a year and half each with Oakland and Toronto.

Who were some of your favorite black athletes from the 1990s?
Posted by Collecting Cutch at 5:29 PM