Today's Black History Month post will be about Harriet Tubman. 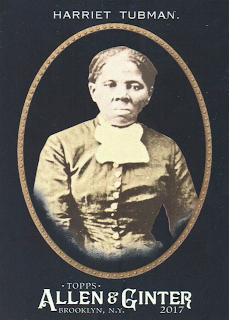 We all are likely aware of Harriet's brave battle to lead nearly 70 slaves to freedom using "the Underground Railroad".

She served as a scout for the Union Army during the Civil War and would later become an activist for women's suffrage.

She was recently honored with a statue in Maryland and as discussed on the back of the above Allen & Ginter card she will eventually appear on the $20 bill replacing Andrew Jackson. 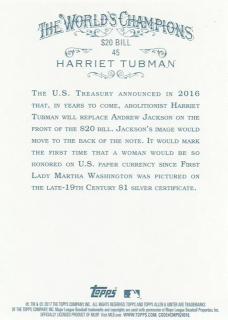 Details of the bill can be found here.  2030 looks to be the goal for the printed bill since 2020 looks to not be an option anymore.

Above is an early mockup. 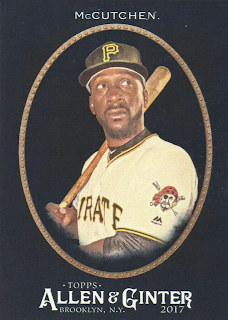 Posted by Collecting Cutch at 5:56 PM