Another yearly event I look forward to is National Wear Red Day. 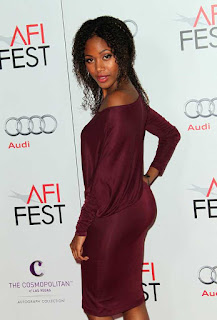 Since starting my Collecting Cutch blog late in 2016 there are a few things that I make sure I do each year.  Pink cards for October is probably my most popular sequence of posts throughout the year, but some others include a yearly Star Wars related post, and my annual Wear Red Day post.

Today is National Wear Red Day.  It falls on the first Friday of every February.  If you aren't aware of what "Wear Red Day" is all about please visit their website to find out how you can help create awareness for Cardiovascular Disease found in women. 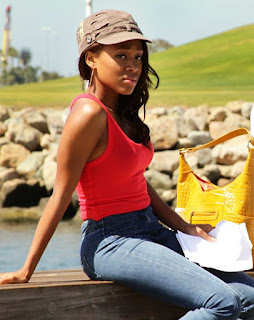 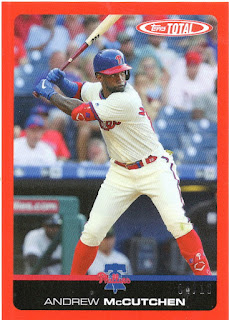 
But this is my first take on a Black History Month Event. 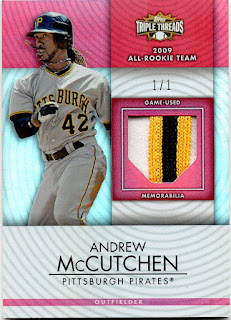 Keeping with the trend of National Wear Red Day I am showing off my 2012 Topps Triple Threads Red 1/1 Unity Patch of Andrew McCutchen.  The card features Cutch wearing a Jackie Robinson Day tribute. 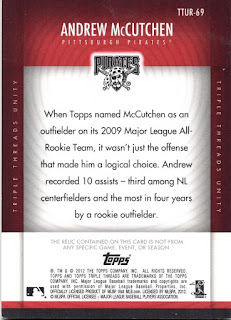 Jackie Robinson rightfully gets a lot of attention during Black History Month, but his wife Rachel should get some credit too as she helped Jackie become the pioneer for black athletes and a cultural icon.

Rachel attended UCLA where she met Jackie Robinson.  She received her degree in nursing.  A year prior to Jackie breaking the color barrier, they were Wed. 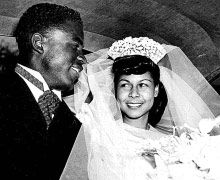 Once Jackie retired from baseball she continued her pursuit of nursing and helping others by attending NYU.

A few years later her and Jackie began to help low income families.  In 1973 she formed the Jackie Robinson Foundation to help minorities with educational and leadership opportunities.  The foundation has provided over 1,000 students with a 97% graduation rate.

Prior to Jackie's untimely death he stated he wanted to continue to influence blacks in baseball and hoped that one day a black man would be a manager for a Major League team.  Frank Robinson would eventually be the first black manager and it is unfortunately a year ago today that Frank passed away. 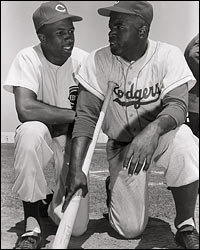 Jackie would eventually pass away in 1976 and Rachel has continued to support Jackie's vision over the nearly half century since his passing.

Many players today are still influenced by Jackie and Rachel's contributions.

One such player is Andrew McCutchen who tips his hat at his wife Maria after every Homerun he hits. 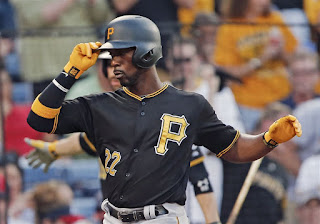 Rachel has received numerous lifetime achievement awards and recognition for her and Jackie.

In 2007 she,received from Bud Selig the Commissioners Historic Achievement Award.

The UCLA Medal was presented to her in 2009. 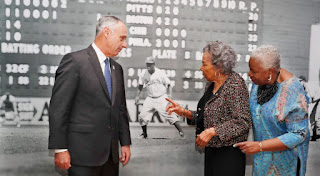 She has been represented in many movies and has helped authors multiple biographies about her and Jackie's life.


More information about the Jackie Robinson Foundation can be found here.

And because some people like the color red and wanting to save those lungs...

Here is an excellent gif of Nicole Beharie who played Jackie Robinson's wife, Rachel, in the movie 42.