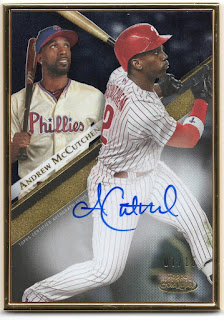 I have a few other of the parallels including base, red, and blue. 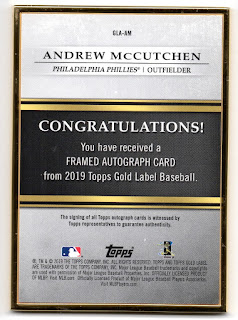 It's Presidents Weekend so I thought I would connect this card to a name similar to a former president.

John Kennedy, not the president, was the Phillies first black baseball player. 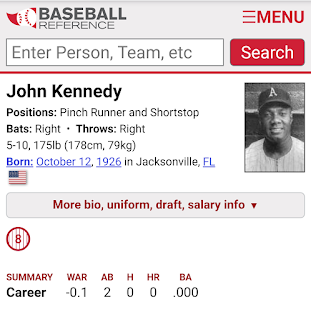 He appeared in only 5 games in his career and received only 2 At Bats.  He was primarily used as a pinch runner or shortstop defensive replacement in the 1957 season.  He didn't get a hit and scored only 1 run.

More of Kennedy's displacement in the Phillies organization can be found here.

The Phillies were one of the last three organizations to have a black baseball player on their team.  MLB put out an article in 2017 about the number of black players on each team.  That article can be,seen here.  It's sad that so few black athletes are playing baseball these days.

In the 80s/90s they were plentiful with names like Gwynn, Henderson, Jackson, Griffey, Thomas, Sheffield, and Bonds.
Posted by Collecting Cutch at 6:08 PM