Hank Aaron recently celebrated his 86th birthday.  In addition to his birthday making National headlines he stated that any players involved in the 2017 Houston Astros cheating scandal should receive a lifetime ban from baseball.

This is a radical idea, but at the root of it falls in line with similar bans.  Chris Correa, former scouting director of the St. Louis Cardinals was permanently banned for having the scouting database of the Houston Astros.  That ban was deemed necessary because it ultimately jeapordized the integrity of the game.

Hank Aaron, the former Home Run King, was the league's first 3,000 hit and 500 HR member.  He was one of the greatest players of all-time.

I remember doing a project in 5th grade where I had to write about and present a person for Black History Month.  I chose Hank Aaron.

I will not go into his accomplishments as they are long and plentiful. 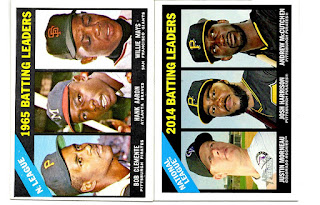 I've done a few Heritage Comparisons of the League Leaders cards you see on this post. They can be viewed here. 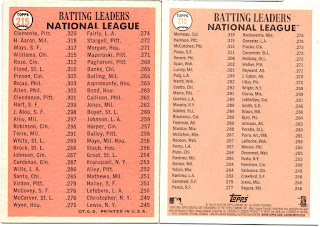 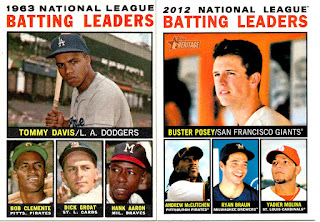 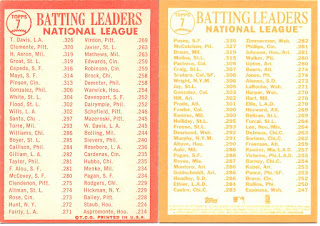 Posted by Collecting Cutch at 4:58 PM