Spring is (not) in the air

It's under 20 degrees today which can be expected for New Jersey in the middle of February.

And yet teams are reporting for Spring Training. 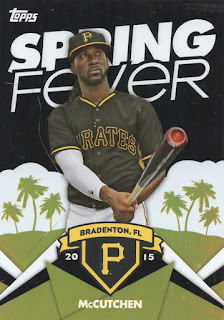 This 2015 Spring Fever LCS exclusive set is a fun set to collect. 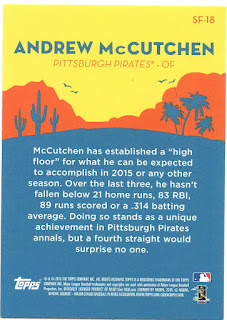 I found this funny tweet that local radio nitwit Howard Eskin reported about Lawrence Mccutcheon being ready for Spring Training. 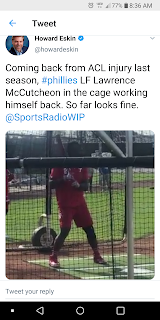 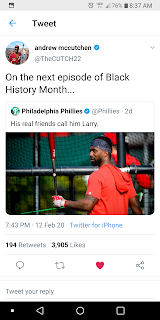 Of course there actually was a Lawrence Mccutcheon. 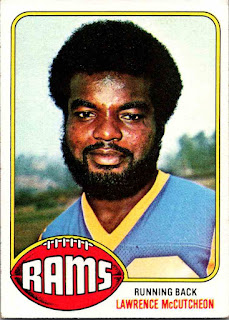 Mccutcheon was a 5 time Pro Bowl running back with the Los Angeles Rams.  He played with the,Rams from 1971 to 1979.  He also spent brief stints with the Broncos, Seahawks, and Bills. 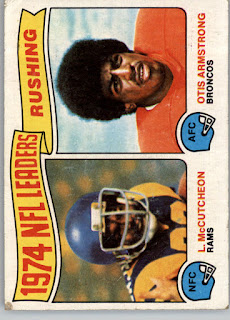 Mccutcheon set a postseason record by rushing for 202 yards on 37 carries.

So while Lawrence Mccutcheon is a real person, I doubt he will be playing Left Field for the Phillies this year.
Posted by Collecting Cutch at 8:49 AM