Some of the more famous Negro League players command very expensive autographs.  Josh Gibson is in the high 4 figures/low five figures numbers due to how scarce his autograph is.  Satchel Paige easily commands $500+ for a certified autograph.  Jackie Robinson is typically in the $1K+ range. 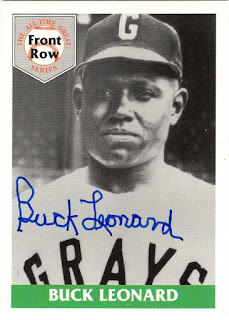 His on card autograph fetches barely $20 many times. 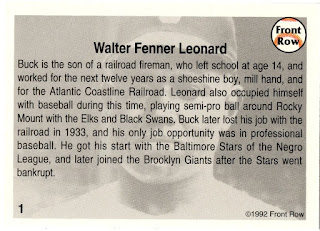 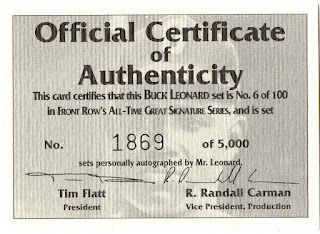 He played his entire Negro League career with the Homestead Grays, batting forth behind Josh Gibson. The Grays won 9 pennants in a row behind the duo of Gibson and Leonard.  Leonard batted .391 in 1948, winning the batting title.  Many years Gibson and Leonard were battling each other for the Home Run title.  Many have heard that Gibson was known as the Black Babe Ruth, but it is less familiar that Leonard was known as the Black Lou Gehrig. The pair became known as Thunder Twins. 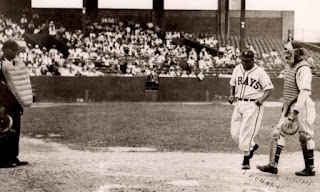 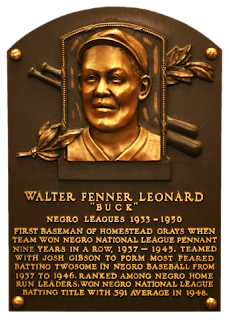 He was an honorary captain at the age of 88 for the 1994 All-Star which was held in Pittsburgh, home of the Grays.

He was number 47 in The Sporting News list of top 100 players in Baseball History.

You can read the article MLB wrote about him here.  Former MVP Ryan Howard goes into details about the Negro League star.

Merchandise of Buck is far cheaper for such a legendary player compared to his contemporaries. 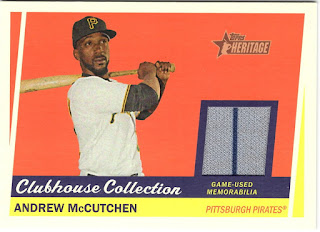 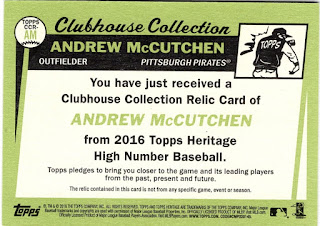 Posted by Collecting Cutch at 1:25 PM