I was picking up a pair of minor league releases of Cutch via eBay and got the most welcomed surprise when the cards arrived. 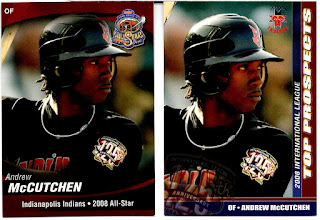 Upon scanning the cards and getting ready to file them, I realized I actually needed both.  My minor league release cards now appear closer to being complete.  I was amazed at the generosity and will always support JS Sports Cards for any minor league releases I may need in the future.  If you are in search of some cardboard check out JS Sports Cards 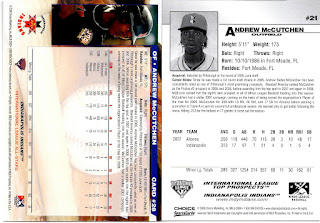 Here's my Cutch minor league releases (excluding all the Just Minors cards as I am saving them for a future post).

Starting off with the Low A affiliate, Williamsport Crosscutters 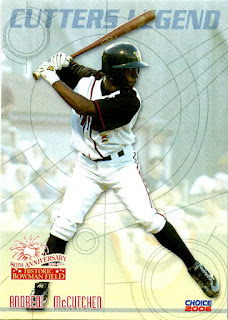 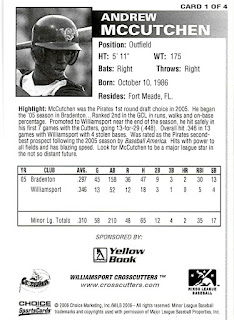 Then High A, Hickory Crawdads 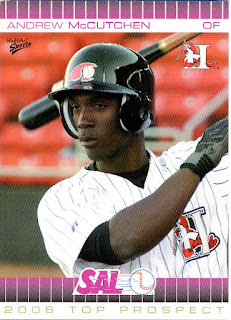 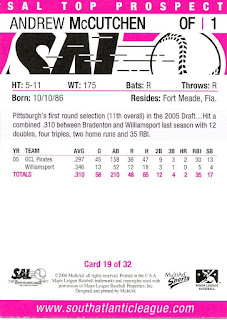 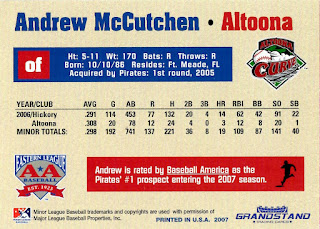 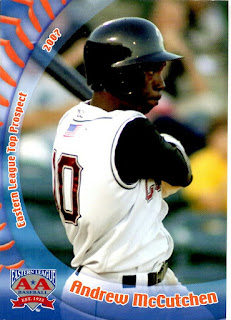 And a Top Prospect for AAA, Indianapolis Indians 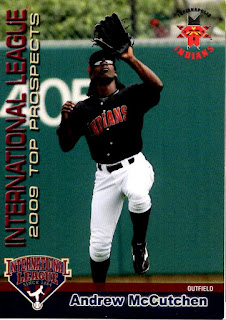 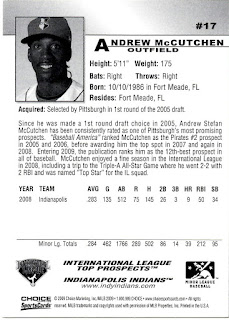 I will show off my Tristar and Just Minors cards in a future post, but I believe my Minor League card collection to be almost complete.
There is a 2006 Hickory Crawdad card available at Stadiums for a team set release that I am still looking to add.  There is currently one listed on eBay for $75, but I am determined to find one under $20.  That card is Cutch's first team issued card.
Posted by Collecting Cutch at 3:08 PM