I missed two days of posts on Friday and Saturday.  Life got in the way so I didn't have time to make a post and scan.  Yesterday's post was a short one and I had that saved as a draft for emergency purposes.  I decided to post it just so I wouldn't miss too many days without a post.

I should be back on track and I have a bunch of cards to show off.  During the 3 day hiatus of the blog, I missed out on a bunch of incredible auctions I would have loved to add to the PC.  3 1/1s ended during that time along with some parallels I needed.  When I saw the ending prices, I felt a bit disgusted that I didn't enter higher bids before picking up 30 hours of work in a 48 hour window.  Oh well. That's life.

Here's a few of my fairly recent pickups that I hadn't shown off yet.

Up first is this pink parallel from 2013 Topps Update.  This card may look familiar as I have posted about the ultra rare Gold version (numbered to 2013) that had nearly 2,000 copies destroyed by Topps.  The pink version is printed in similar quantity, but much much cheaper. 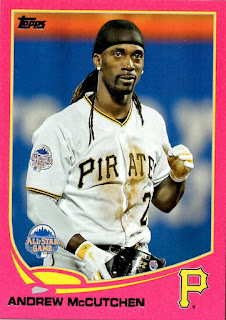 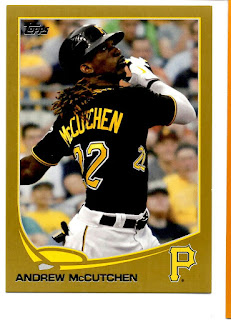 My favorite of the group is this 2011 Bowman Chrome Orange numbered to 25 copies.  I am actively seeking out some of Cutch's older parallels and have been able to get some pretty good deals on them. 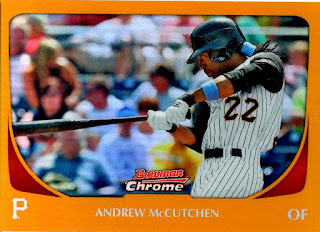 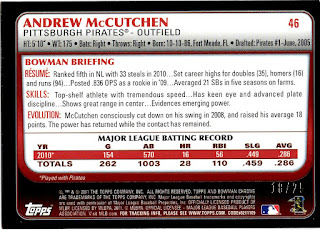 Save the best for last? 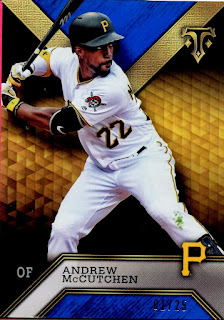 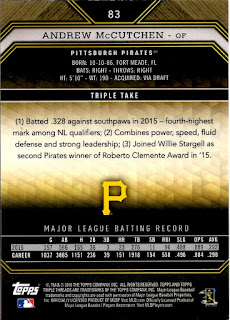 Maybe.  It's a Sapphire parallel from 2016 Triple Threads.  These parallels are exclusive to Asia so getting them is often pricy.  This ran me $12 for the /25 piece of cardboard.


I should be back on track for daily posts goimg forward.  There is some more 1/1s coming too.
Posted by Collecting Cutch at 8:21 PM