I Have No Words

I have been trying to think of the words to write to sum up the emotions felt about two of my favorite players being traded over the weekend.  This follows up a shitty week in general as my car was totaled the day of the ice storm.

Andrew McCutchen made me love baseball again.
He signed baseball cards, balls, hats, and even a Pirates Country sign for me in person.
He was always humble and a true talent to watch play.

I have so many fun memories of Cutch from his Altoona Curve days to that magical 2013 season when the Bucs returned to the postseason and beyond.

My brother's favorite player, Evan Longoria, was traded to the Giants this year too so the good news is that him and I may take a bro trip out west to visit AT&T Park.

What can I possibly say about Cutch being traded?
The face of the franchise was traded for a middle reliever and outfield prospect. 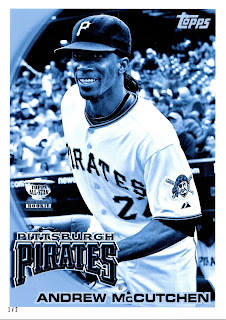 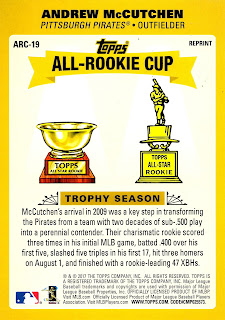 It summarizes my feelings perfectly.

Posted by Collecting Cutch at 10:01 AM