A Hero Answers The Call 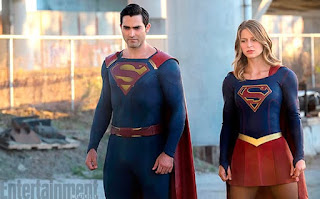 When I think about superheroes wearing capes, I immediately think of the DC Comics characters.  Heroes such as Batman, Superman, the Spectre, Shazam!, and many more of the Justice League/Justice Society wear capes.

However, when Stan Lee was cocreating the Marvel universe he used the idea of that and flipped it upside down. Stan wanted his villains to wear the capes to rival what DC had created.  So when characters like Loki, Magneto, and Doctor Doom were being created Stan was insisting they wear capes.  Stan's Marvel Heroes didn't wear capes except Thor.

I have always been more of a Marvel fan than DC Comics fan, but when I think of caped characters it is the heroes that stand out.  Batman, Superman, and Spawn immediately come to mind before anyone else.

Back of this National Treasures 1/1 card discusses Cutch's heroic act on May 29th when he wore a cape to save the city of Pittsburgh from a loss against the Snakes.

Complete recap of the walkoff can be seen in the video below.

Cutch would strut into home with a lil extra swagger

With that HR he joined Hall of Famers Willie Stargell and Ralph Kiner as the only Pirates to have 6 walk off homers in their careers.
Posted by Collecting Cutch at 6:12 AM