Do you see what Andrew is wearing in this 1/1 Uncirculated Glossy Auto? 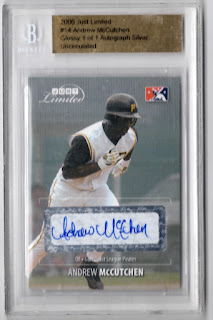 The helmet he is sporting as a teenager playing for the Gulf Coast League Pirates has double ear flaps.

Currently, the only player I can think of that wears the double ear flaps is Jed Lowrie who enjoyed an All-Star season last year for the Oakland Athletics. 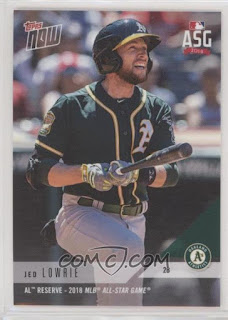 I decided to research some cards on COMC to see if I can see a trend of when the general players association stopped wearing double ear flaps.

The A's don't keep players for very long, but I thought I could use Rickey Henderson and his many stints with the A's as a foundation. 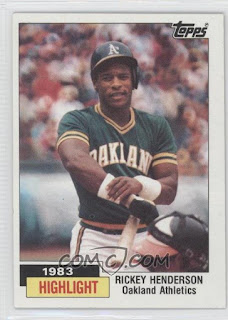 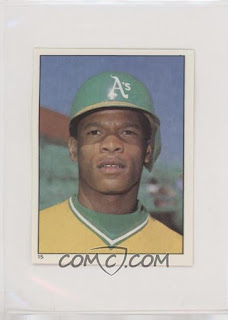 That makes sense because while researching this, I learned that minor league players are REQUIRED to wear double ear flaps.

In 1983 it became mandatory for major league players to wear at least one ear flap unless they were grandfathered in prior to that mandate.  When Tim Raines retired in the 2003 season he became the last player to not wear ear flaps on his batting helmet.

Did you know that double ear flaps are required for all players in the minors and college ranks, but not required at the major league level?


Posted by Collecting Cutch at 5:06 AM