This Day In Cutchstory: 1st HomeRun

2015 Topps Tribute had some issues upon initial release due to lots of autographs bubbling and smearing.  It even lead to a recall of the merchandise.

With all that being said there were some pretty cool relics and the design for 2015 in general was very nice looking.

When I saw that Topps was releasing a set of cards using baseballs from games with milestone moments, I knew I wanted to snag of the very limited cards produced honoring Cutch's 1st career MLB homerun. 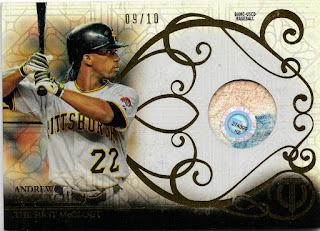 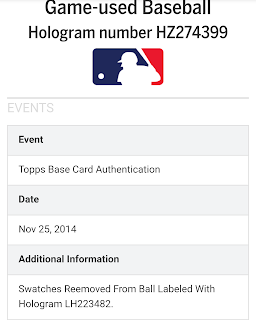 Which shows that it was a swatch removed from ball LH224482 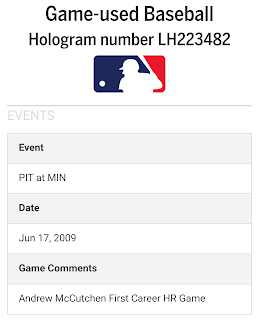 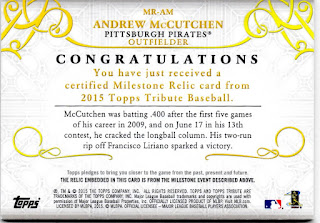 Posted by Collecting Cutch at 7:51 AM

Email ThisBlogThis!Share to TwitterShare to FacebookShare to Pinterest
Labels: /10, 1st homerun, 2015, This day in Cutchstory, tribute