No countdown today because we don't know when Opening Day will be now that the season is suspended.

I picked up the insert set of Bryce Harper:Welcome to Philly cards because 1)I wanted to see if Cutch had any cameo appearances and 2)my girlfriend is a Phillies fan and likes the energy Harper plays with. 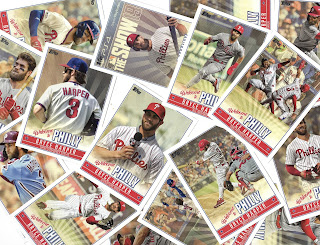 I didn't scan all the cards, but feel like Topps did a decent job of spotlighting some of Harper's 1st year Phillies moments.  From his MLB The Show cover appearance to walk off homers to record jersey sales and highlight reel catches Topps did a good job of capturing the moments.

Of the 20 cards there are 3 Cutch cameo appearances.

A pair of them make mention of Harper knocking Cutch in to score. 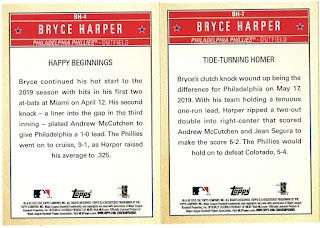 The third is a visual cameo which you need to look closely at. 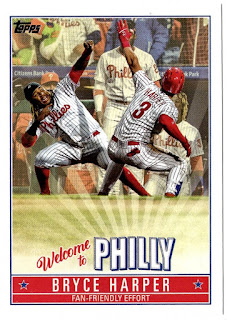 Harper had a personal celebration with each member of the Phillies and behind the hands of Mikael Franco and Bryce Harper you can see Cutch's face and jersey. 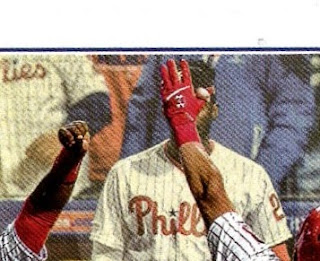