I am not sure what the rest of the world is doing in this concept of isolation, but I have been rewatching some of my favorite shows I haven't seen in nearly a decade.  From Veronica Mars to Lost to The Simpsons, I am on an endless assault of streaming.

One of my favorite shows ever produced is the TV Series Lost.  I made sure to watch every single episode each week.  The show became a mainstream success and one of the best "water cooler" shows to talk about each week.

Without giving away any spoilers, the show focused on a group of plane crash survivors and how their lives connected before the crash.  There were many great characters featured in the show, but one of the most polarizing figures was that of John Locke played brillaintly by Terry O'Quinn.

In the shows fifth season, Locke was revealed to be named another character, Jeremy Bentham. 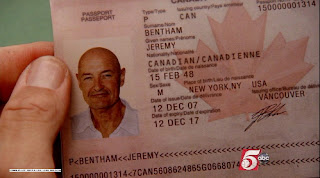 To create a Lost style post I decided to make a connection to Locke/Bentham's birthday.

There is likely only one blogger I know of who can immediately recognize what baseball player was born on that day.

If you knew it was Ron Cey, congratulations.  I'm sure the Night Owl is happy that the former Dodgers 3rd Baseman got a mention on my blog.

Coincidence or maybe it's "The Island's way of controlling things" I sent Night Owl an autograph card of Ron Cey on Mr. Bentham's expired passport (December 17, 2017) date and he received it a few days later.

He posted about it here as it was his Secret Santa package for 2017. 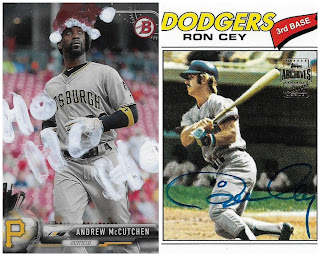 It should be noted that Ron Cey was nicknamed "The Penguin" by his former teammates for the way he waddled around the bases.

On June 13th, 2017 Andrew McCutchen hit a homerun against the Rockies with the recent Stanley Cup Champions, Pittsburgh Penguins, in attendance.  The Penguins who clinched the cup just 2 days earlier were there to celebrate with the rest of the city.
Cutch made sure to step up for the celebration.

The image of Cutch looked familar in the final clips of the MLB video so I decided to do some research about the game and see what Getty Images had to offer. 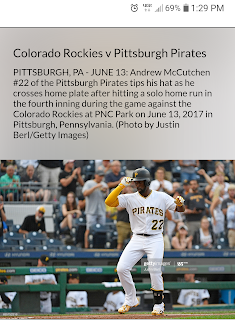 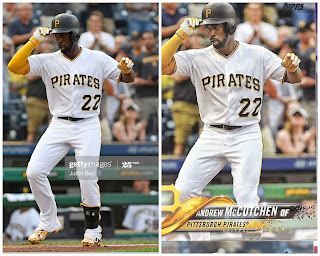 That homerun was used for Cutch's swansong flagship Pirates card in 2018 Topps Series 1. 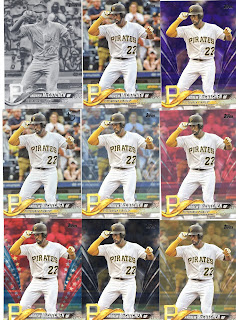 Sorry for scanning them all grouped together and not following social distance rules.

So just as the great show Lost connected a sequence of completely ordinary events and showed how they all connect together, I was able to do the same via CollectingCutch.

Did you watch Lost when it aired?

Have you ever gone down an internet rabbit hole and tried to connect it to a baseball card?

Posted by Collecting Cutch at 5:13 AM