Lock me up and throw away the key.

I have legit lost my mind.

Why the quotes around new?

Well because even though it's new to the spreadsheet, it's just a restamped card I already own. 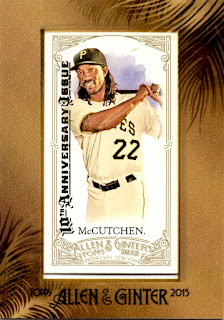 I have been looking for any and all buybacks of Cutch that I can get my hands on.  There's been a few 65th anniversary cards, Rediscover Topps, Bowman 70th anniversary released in the past few years.  I wish there were actually more to chase down.

The most plentiful are the 2015 10th Anniversary buybacks of Allen & Ginter.  I showed off a post last year begging people to help me locate any of these.  Since that post I have seen only one become available for sale.  Even though they aren't stamped I feel like the print run on these has to be less than 10 as they infrequently hit the market for any particular card more than once.  Hell, they could all be unnumbered 1/1s. 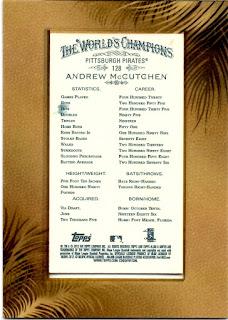 Anyway this new addition to the spreadsheet brings my A&G buyback total to 8.  This is my 4th mini of the bunch.  I like the framed mini buybacks more because they have the A&G 2015 frame around the card making it seem like a new card.

This is what I will be cross checking over the next few days. 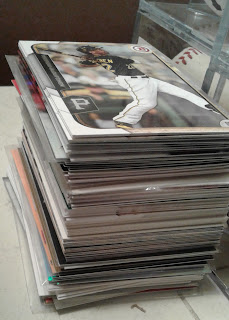 Posted by Collecting Cutch at 7:02 AM