Cardboard Cameos #8: We Are Family!

The Pirates had a winning culture for 3 years. 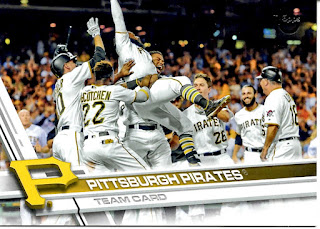 Many of my favorite players from those years are all gone.

I wish the team was more like this image, but I am learning to root for the new guys on the team.

Guys like Colin Moran and Corey Dickerson have been impressive thus far.

I have to remember that long time Pirates were moved prior to the team winning their last championship back in 1979 too.  No one wanted to see the team give up Frank Tavares or Al Oliver, but Tim Foli and Bert Blyleven were crucial to the team in 1979. 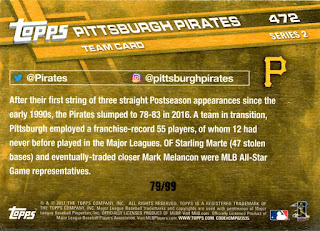 Posted by Collecting Cutch at 8:23 AM