Saint Patrick's Day is here so I wanted to run a contest perfect for a celebration of green.

Here is one of my favorite "green" cards of Cutch. 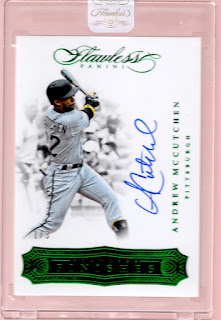 It is from 2017 Flawless and is the green emerald parallel which features an on card autograph numbered to only 3 copies (!!!!) And encapsulated in a nice one touch case complete with a Flawless sticker.

From 2016 Flawless I have a giant patch of the Jolly Roger sleeve logo on an Emerald card numbered 2/5. 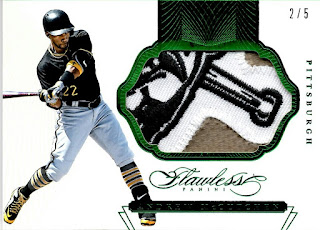 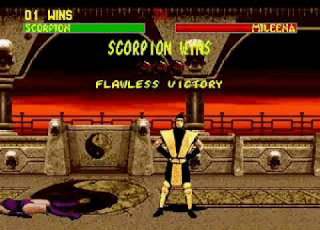 Speaking of Flawless Victory
Above is a video of the Pirates clinching their playoff spot back in 2014. 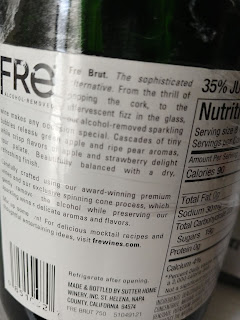 I have a bottle that was used in the champagne showers that evening and it is signed by Andrew McCutchen. 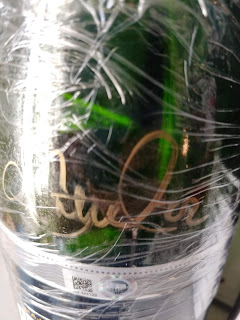 Here is another image of the bottle. I shrink wrapped around the signature so it won't fade over time. 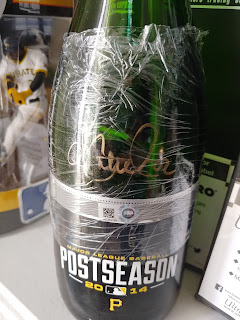 Here is the authentication for the bottle 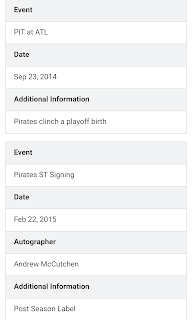 The Pirates 2014 team was a fun one to root for despite them not advancing very far in the Postseason.   They, like everyone else in the 2014 Postseason, got Bumgarnered. There are a few other reasons though why I can't label it my favorite team roster.

That distinction belongs to the predecessor year, 2013.

2013 was a magical year for Pirates fans.  It marked the end of the 20 year losing streak.  More important though there was a group of men that I watched develop into one of the best teams in baseball.

2013 was loaded with many individuals getting hardware and personal accomplishments.

Clint Hurdle was Manager of Year

Pedro Alvarez was a silver slugger and HR champ

The team had veterans like Garrett Jones, Russell Martin, and AJ Burnett built around a young core coming into their prime.

We saw flashes of brillaince from rookie "future ace" Gerrit Cole as he won his first 6 games and beat former Cy Young Winners: Tim Lincecum, Clayton Kershaw, and Zack Greinke in his first three games.  My brother got married in 2013 and I made a bet with him that if the Pirates made the postseason in 2013, he would name his first son Cole because of Gerrit Cole.  I love my niece, but am still hoping I get a nephew one day and my brother lives up to that bet.

Even the bench and role players were fun to root for.  Travis Snyder may have been a top prospect a long time ago, but his career never blossomed into superstar.  Still, Lunchbox as he was known was an everyday guy who fans could root for. The same can be said for guys like Mike "The Fort" McHenry and Clint "Journey" Barmes.  I suspect Pittsburgh is the only city that gave Clint a standing ovation as a visiting player in his career.

So here is the contest.
Make a post about a year your favorite team DIDN'T win the World Series.  Be sure to include why that year's roster stood out to you.  Who were your favorite players that aren't superstars? Did any members of that team go on to Hall of Fame careers? Tell as much as you can about that team and any many memories you may have about that year in general. 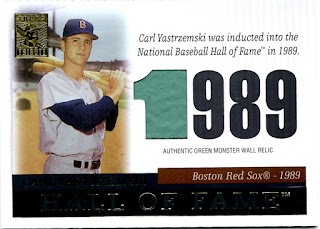 I thought with it being St. Patrick's Day, a green wall relic of one of the most historically trophyless franchises (prior to 2004 at least) seemed appropriate.
Posted by Collecting Cutch at 7:54 AM