By now you all should know my appreciation for Gary Sheffield and how he was a favorite player of mine growing up.  The bat speed, strong arm, and angry swagger made me really like him in my little league days and early teen years at high school.  I only got to see him play a few times as a member of the Florida Marlins when the fish came to visit Philadelphia.
I took a long break from baseball and got back into the game in 2005 when the Pirates drafted a highschooler named Andrew McCutchen.
My all time favorite player is obviously Andrew McCutchen.
I am going to try to show off a card of Gary Sheffield that has also had the design used for an Andrew McCutchen card.  You can view all items on the Sheff's Menu by clicking here.  (Title for this subject to change)
My very first Gary Sheffield card was 1989 Topps.  1987 Topps was the first set I collected and my dad and I put together the set.  My grandfather helped me build the 1989 set and one of my favorites was Gary Sheffield. 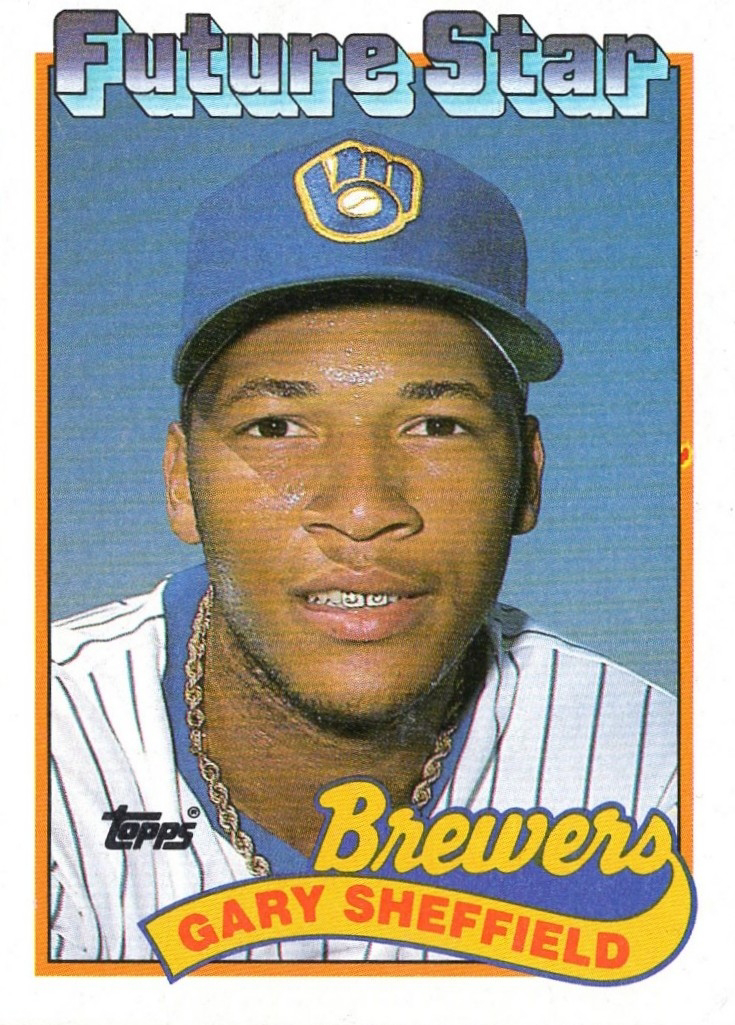 The gold chain, the "grill" with his initials, the Future Star logo, the pin stripe jersey
This card was cool!!!
The Sheffield has been used in several other releases over the years as both a reprint and buyback formats.
Here is the Sheff on top of a 2014 mini of Andrew McCutchen

As you can see by the size of the card, the mini is also a die cut format as the white border of the card has been completely removed.

The back of the minis are slightly different as well.
The pink is more pronounced on the mini back
The stats for the mini contain only the most recent season and major league totals while the original contains more in depth stat totals
The monthly scoreboard on the original is completely gone from the mini
There were two different minis produced of Cutch in 2014 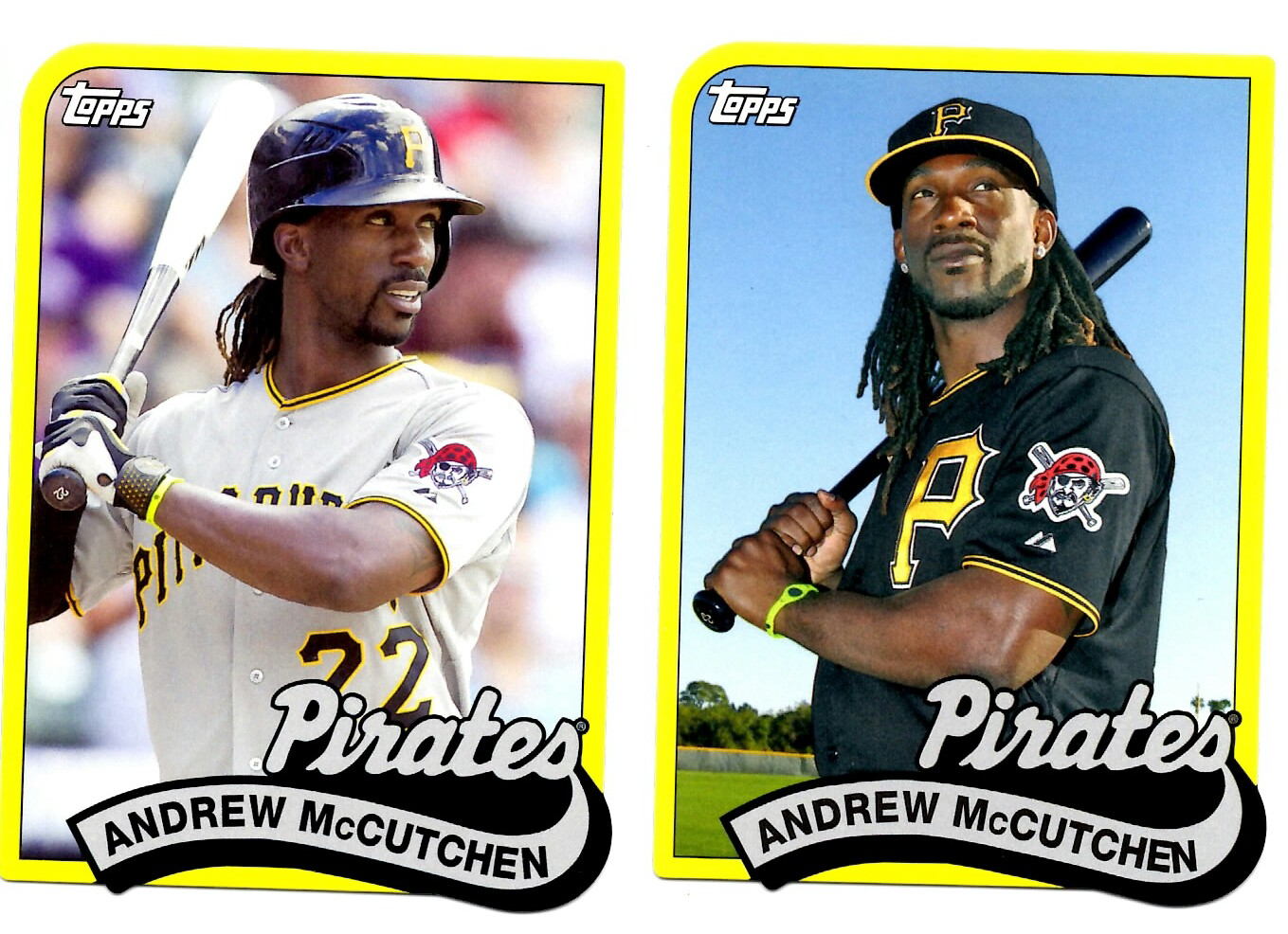 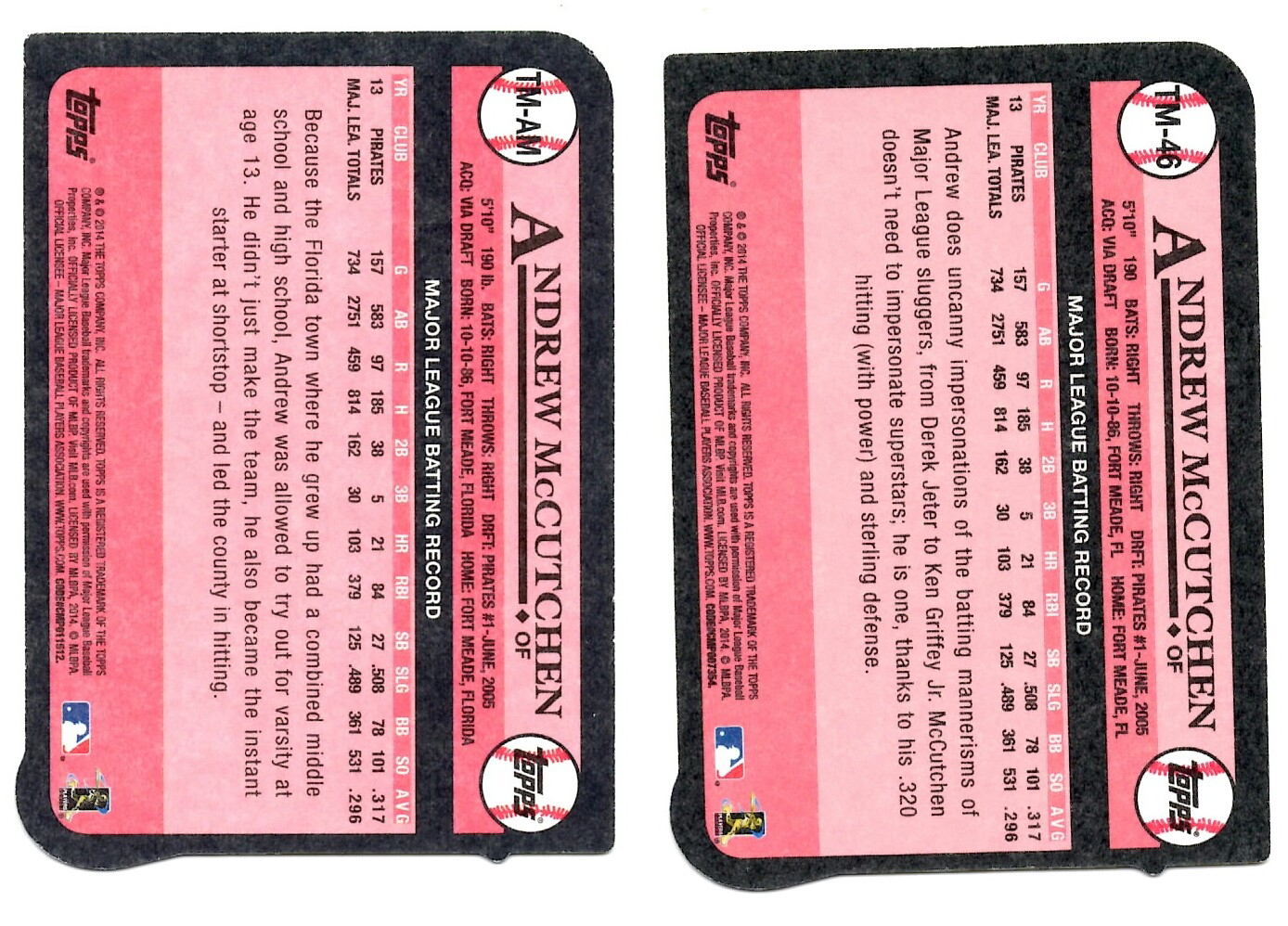 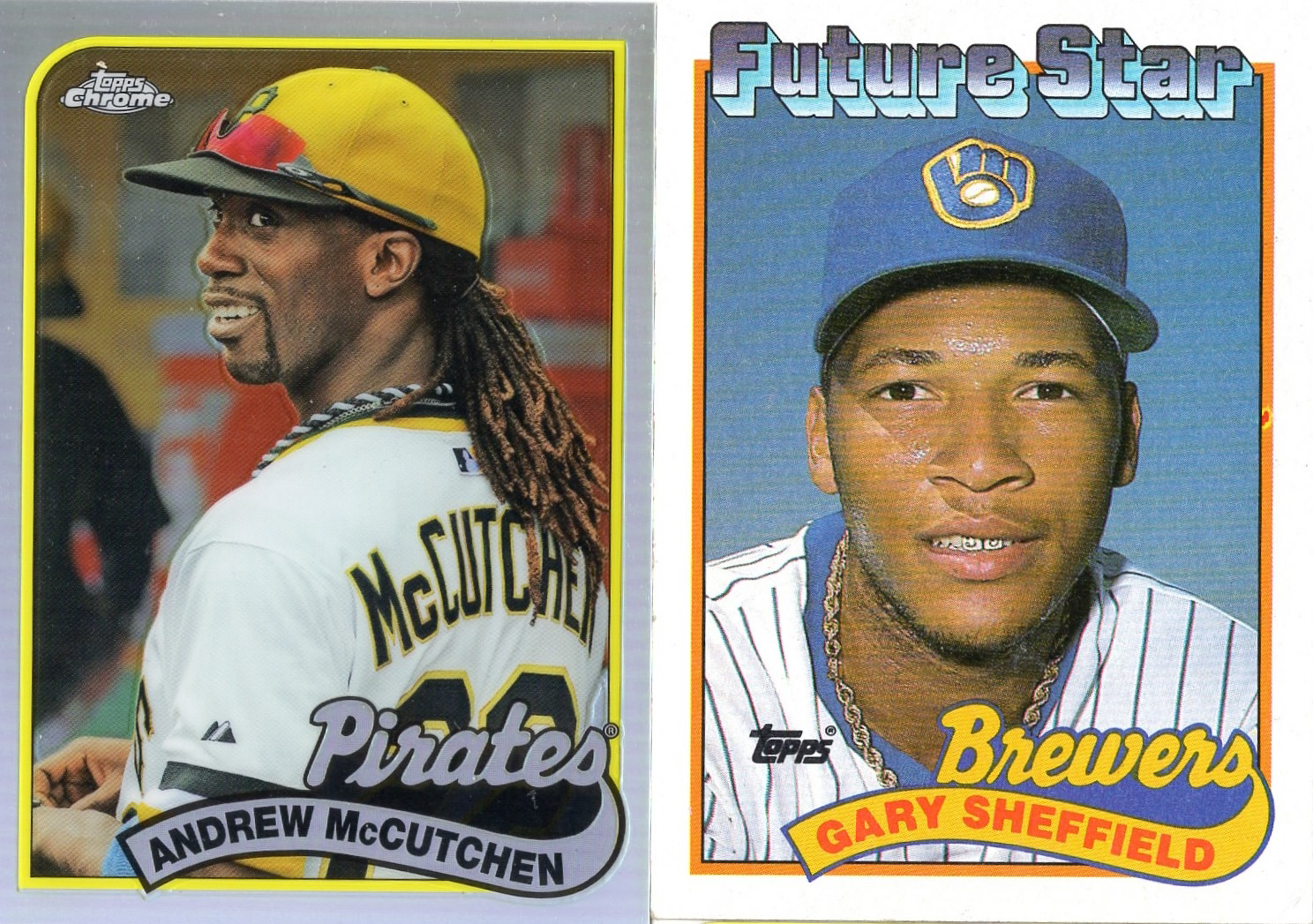 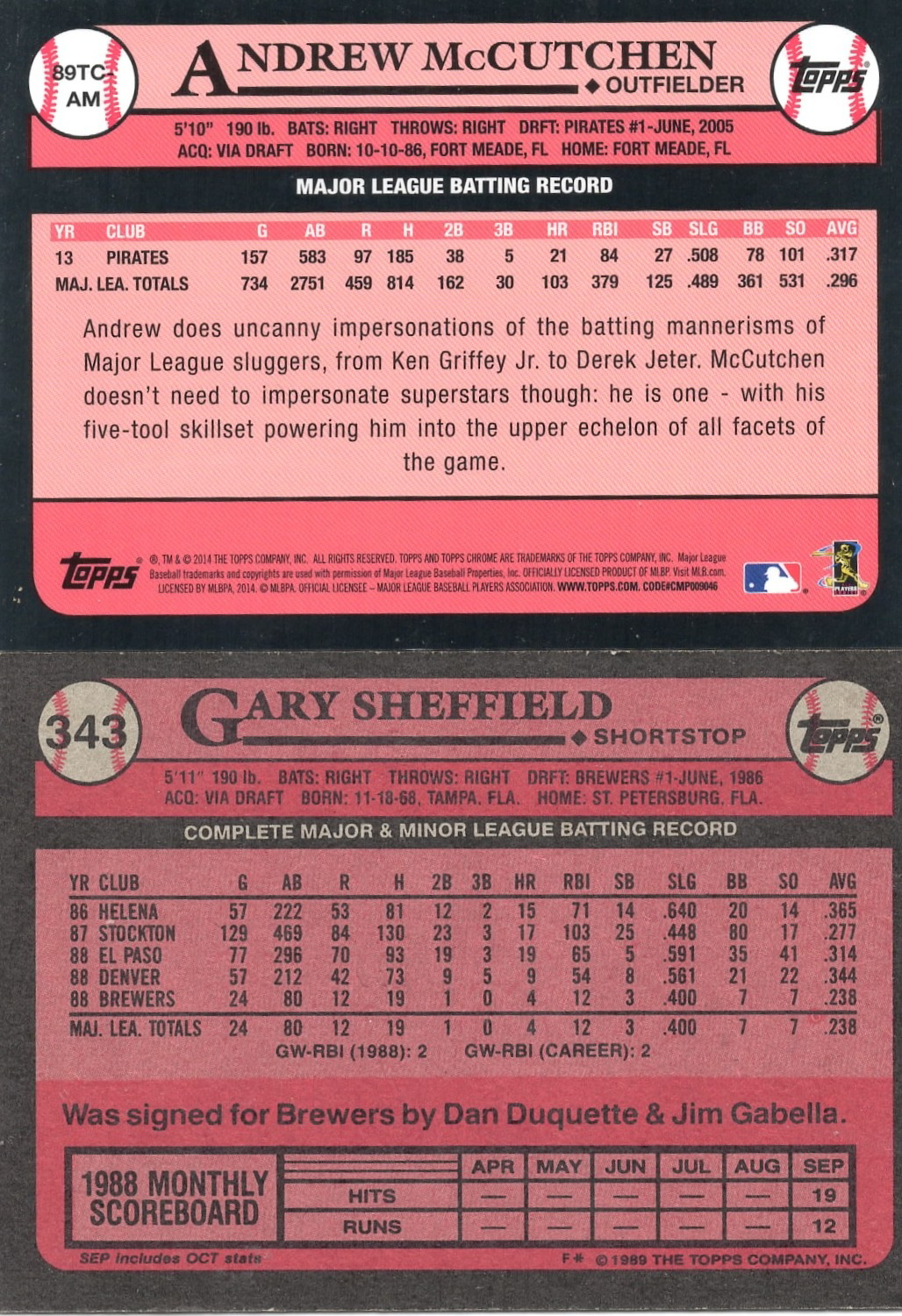 Interesting to see that MLB Network's Dan Duquette signed Gary Sheffield.
I also have the Superfractor of the Chrome version which I have shown off a few times. 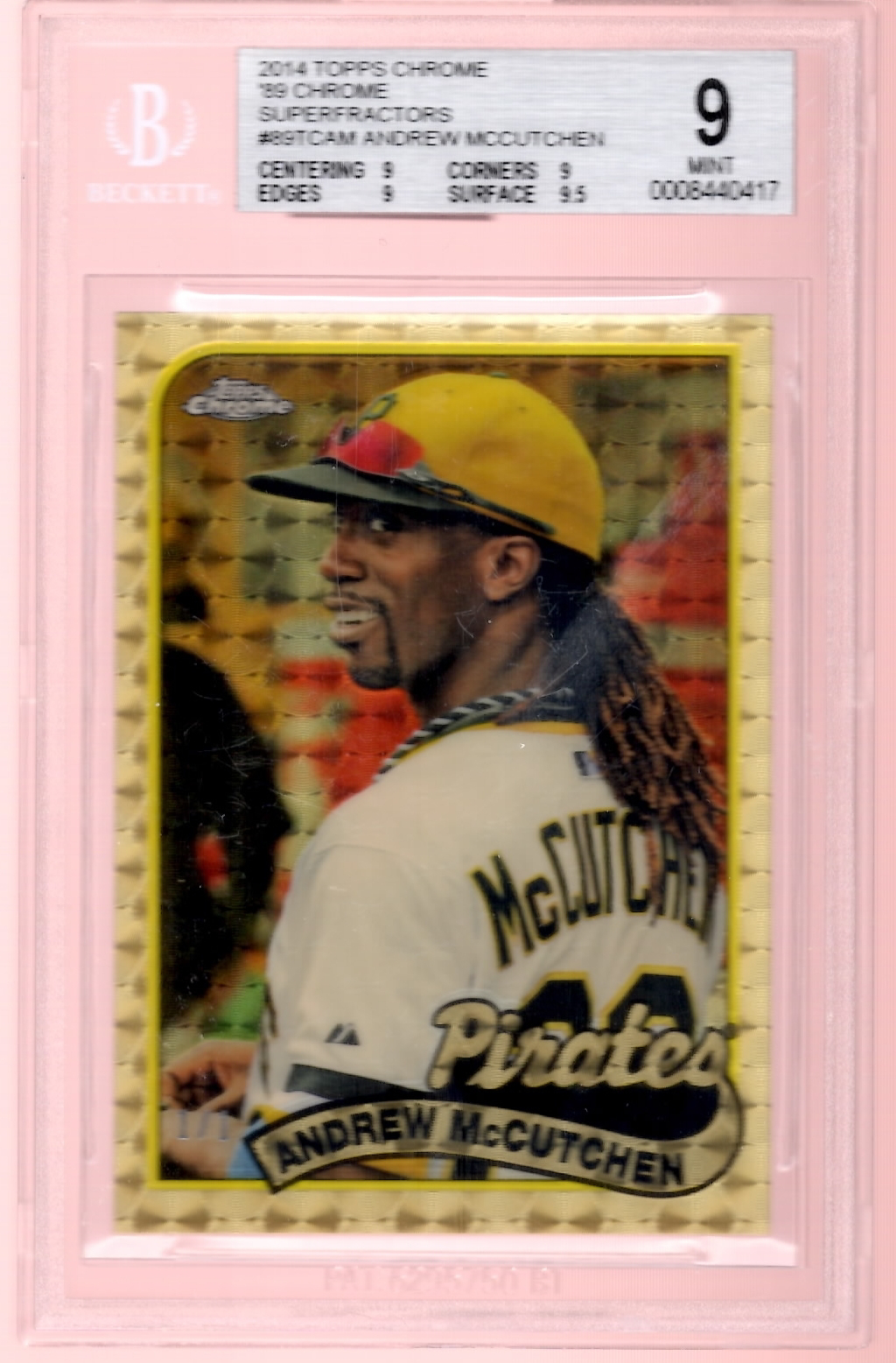 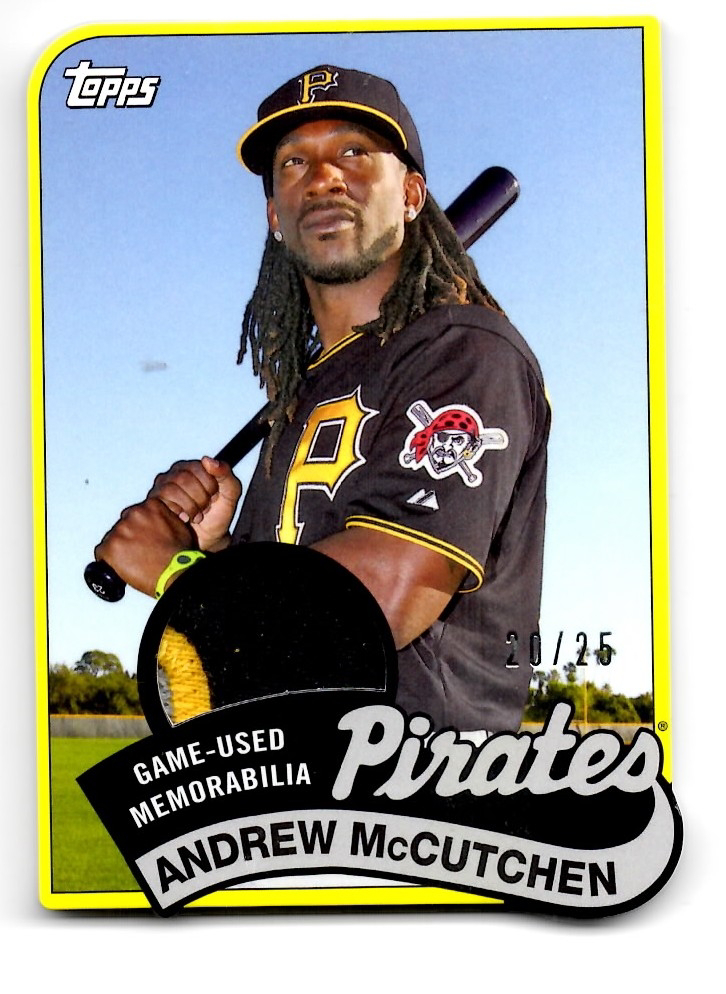 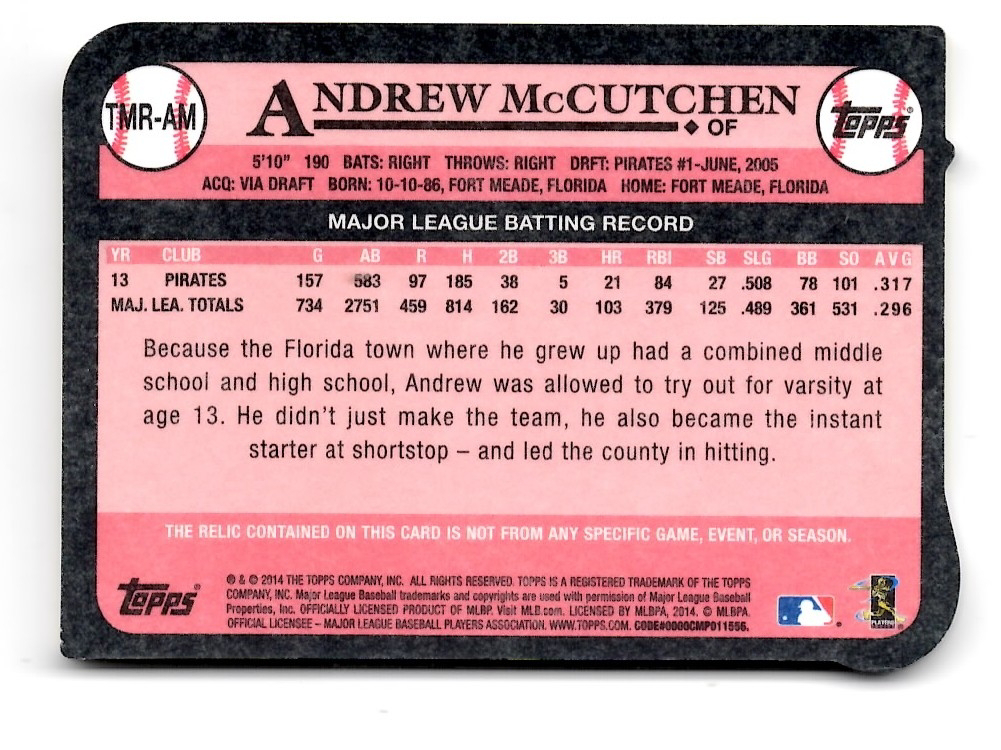 Do you have a favorite 1989 Topps card or any memories from the set?
Posted by Collecting Cutch at 10:23 AM