Today I am going to show off my favorite hitter as a kid and my favorite hitter as an adult through another segment of
What's on the Sheff's Menu?
We will be looking at a hobby game changer insert set called The Elite Series
The Elite Series was a "limited" insert set that debuted back in 1991.  Gary Sheffield appeared in the 1992 set and Andrew McCutchen appeared in the 2014 release. 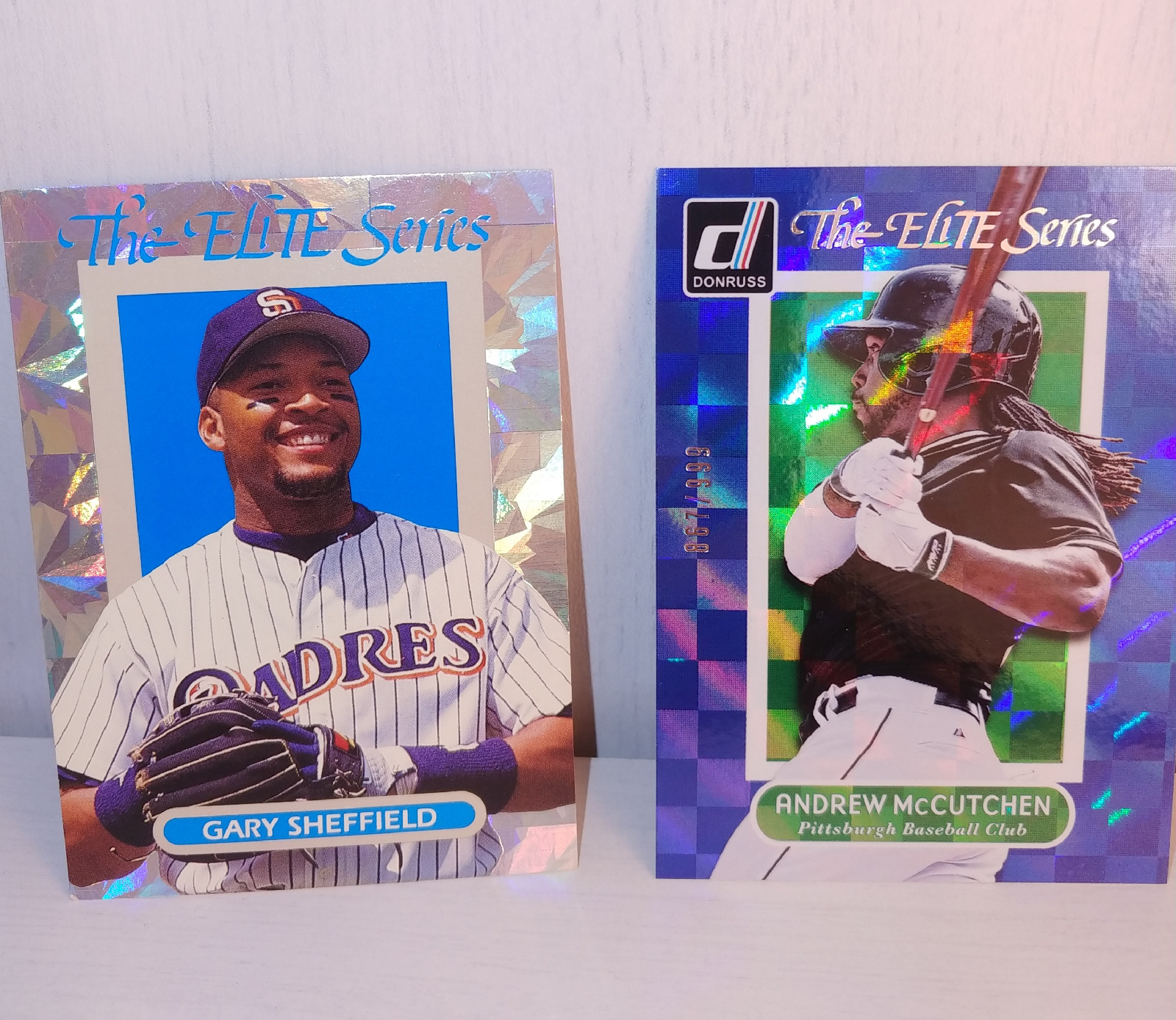 You can see them side by side above. 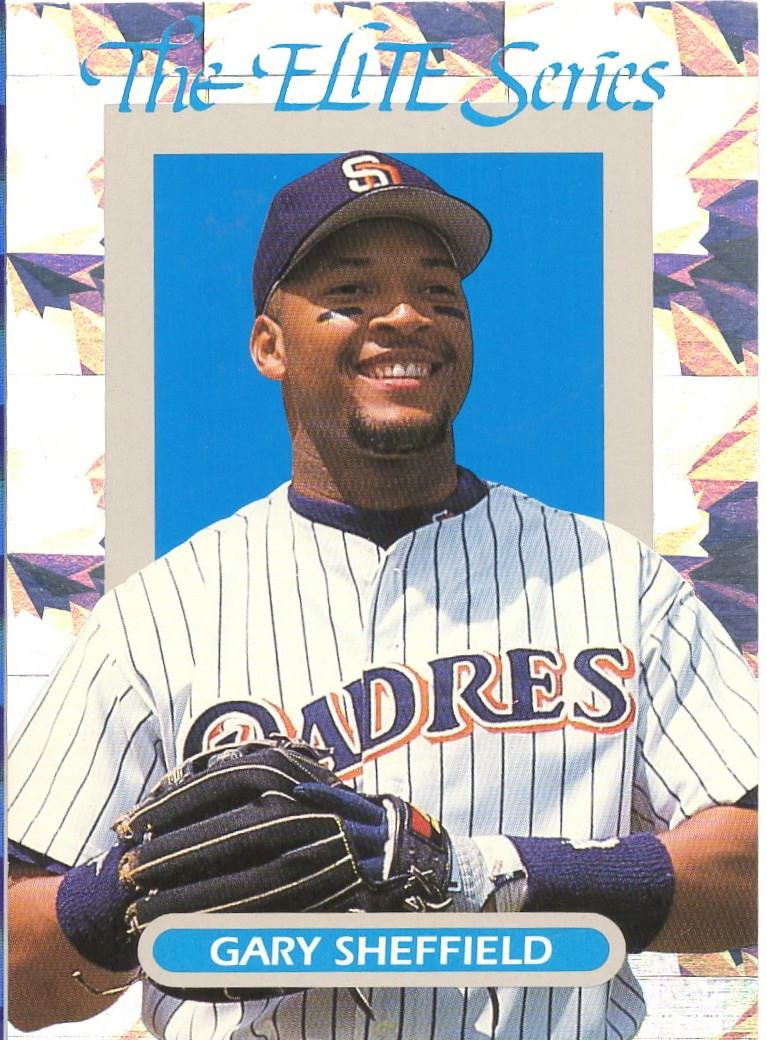 Before relic cards and before autograph cards were so readily available, there existed a "limited print run" of only 10,000 cards of an insert set called The Elite Series.

Back in 1992, these cards were not just a big deal.  They were a HUGE deal.  The technology used for this insert set helped pave the way for current designs like atomic, cracked ice, and other similar designed cards.
The fronts of the cards still hold up to modern cards twenty years later.  The backs appeared plain and simplistic just talking about the card's athlete subject and the "creator" of the card, the legendary Dick Perez. 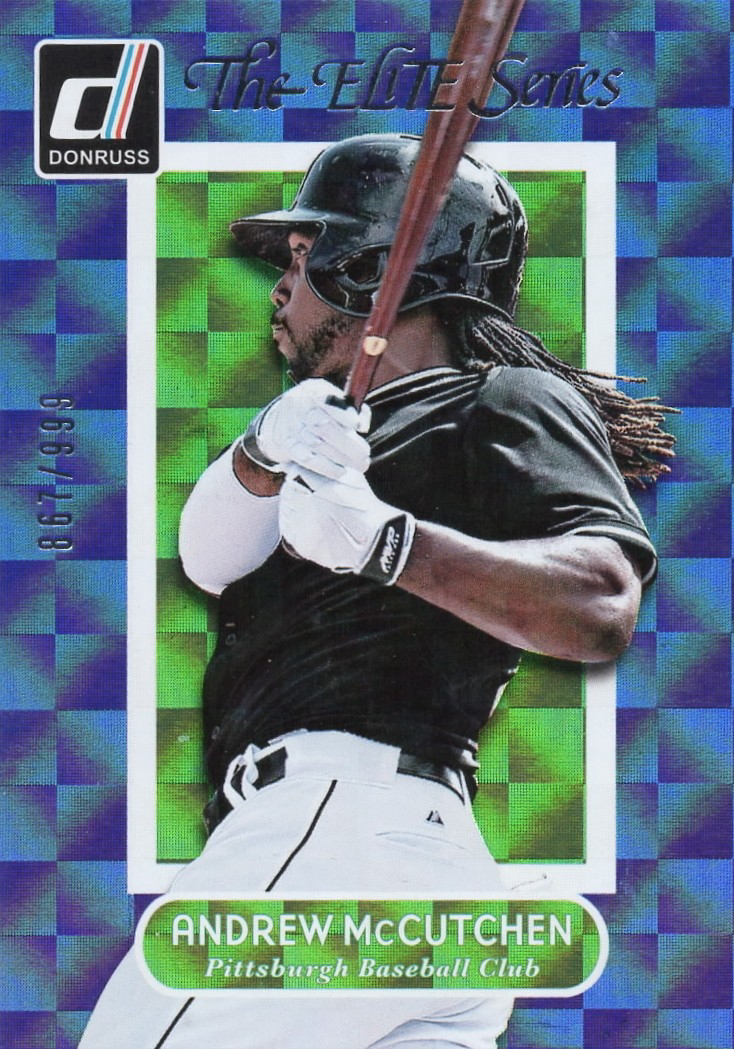 Cutch appeared in the 2014 Donruss set when it was relaunched.  With a print run at less than a tenth of the original run, these are still rare pulls, but nothing compared to the cardboard ecstasy of the original 90s versions. 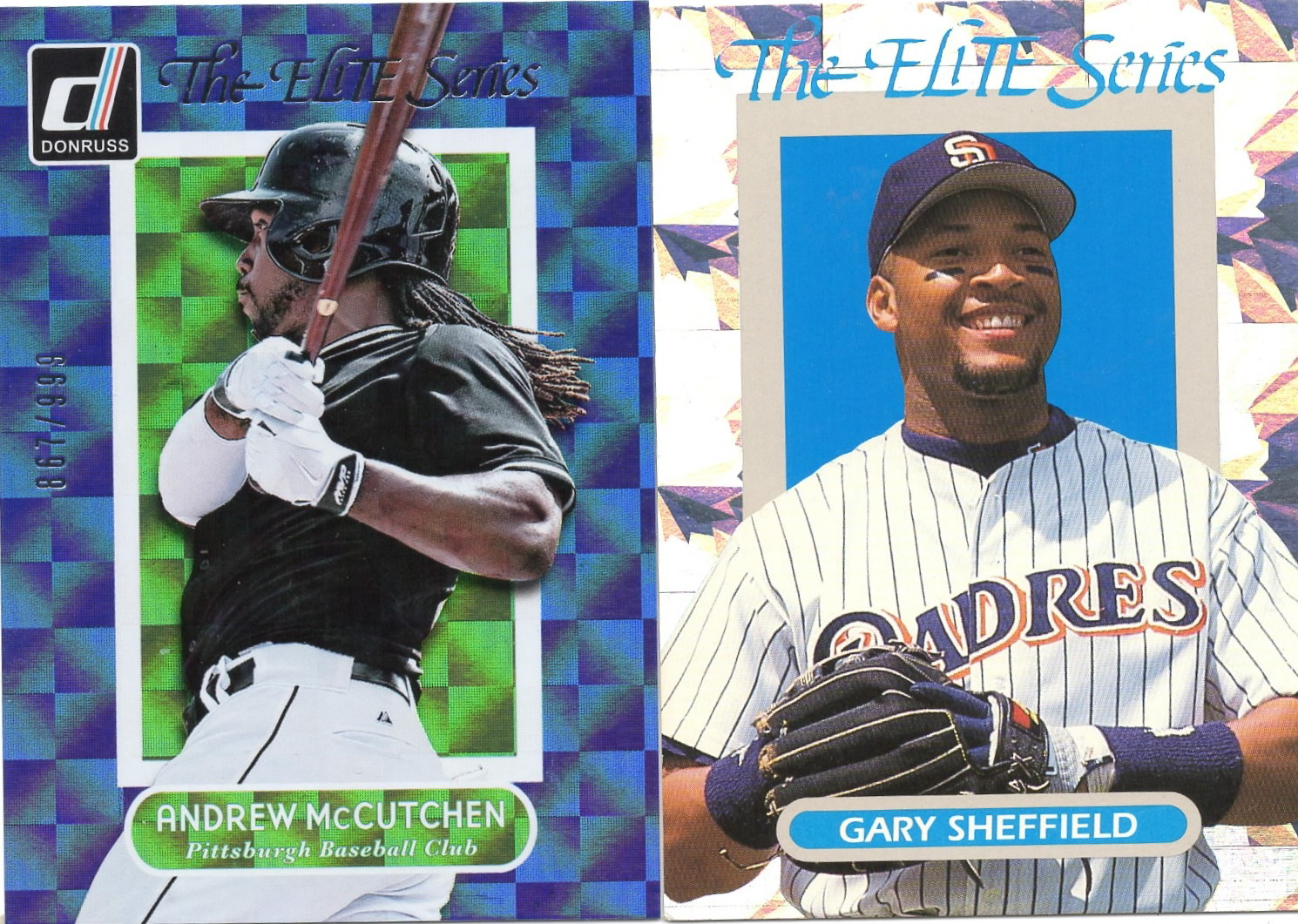 Here they are side by side. 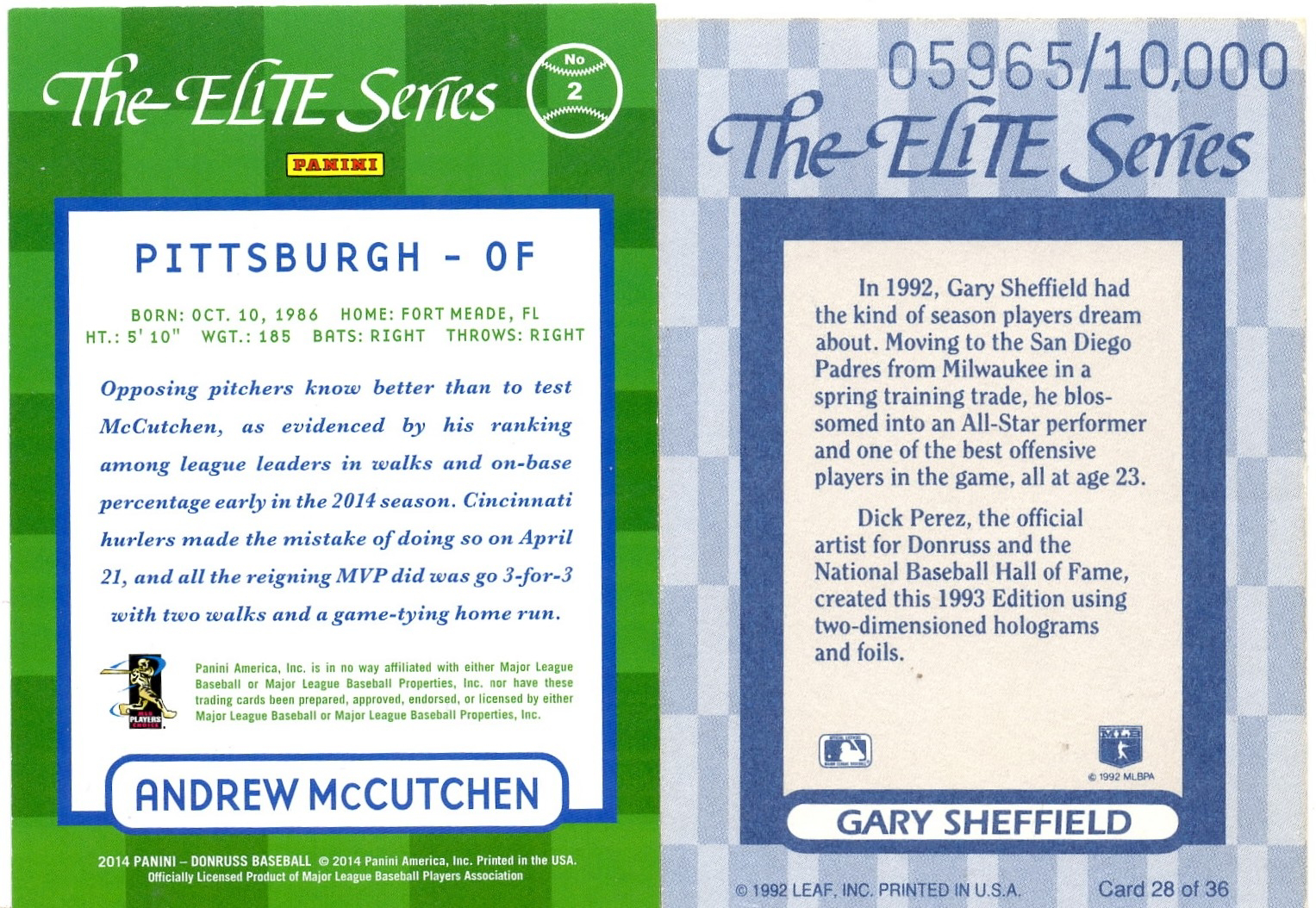 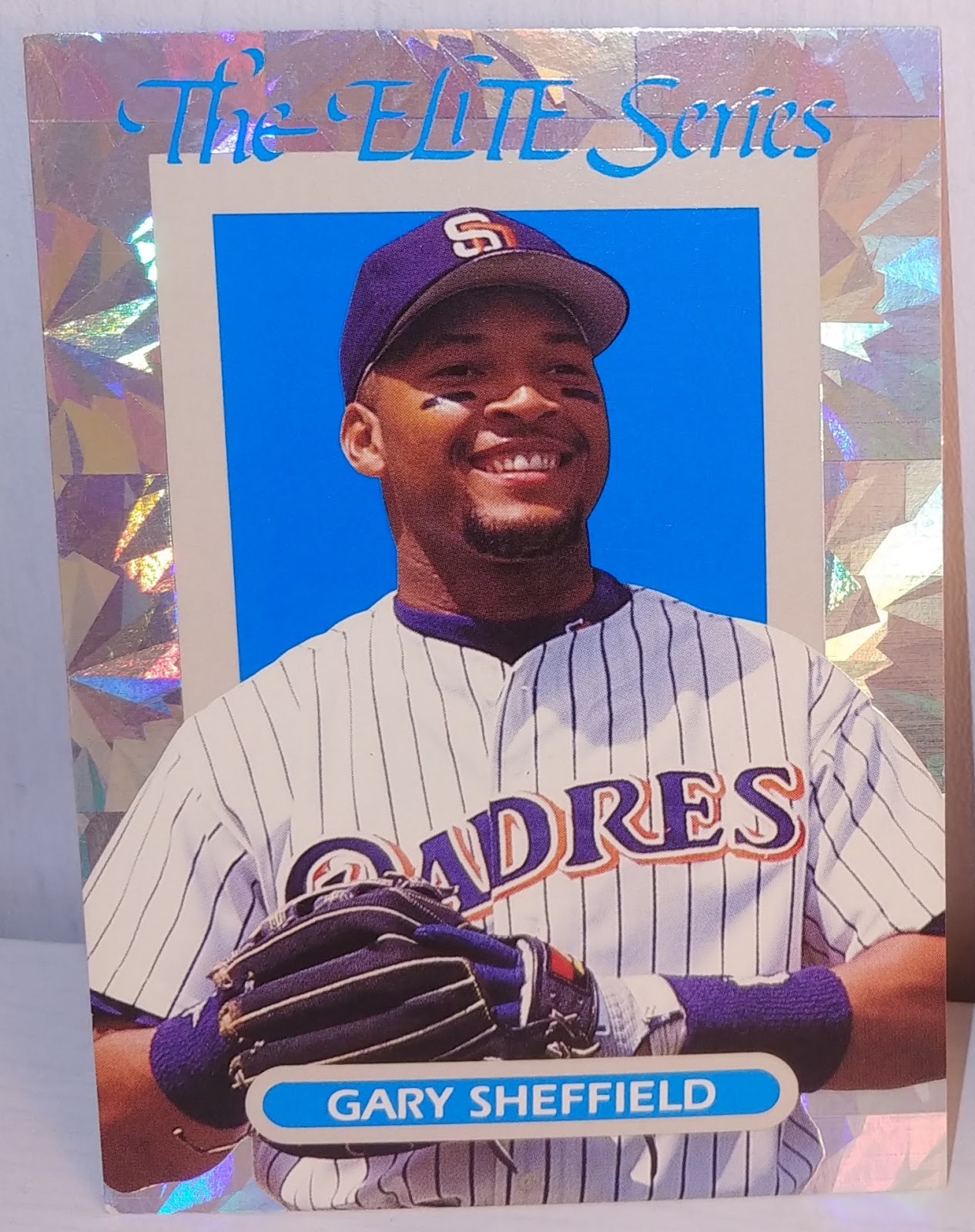 Did you have any of these Elite Series cards upon release?  Which player (s)?
What do you think of the cardboard technology used back then compared to today's cards?
Posted by Collecting Cutch at 7:53 AM