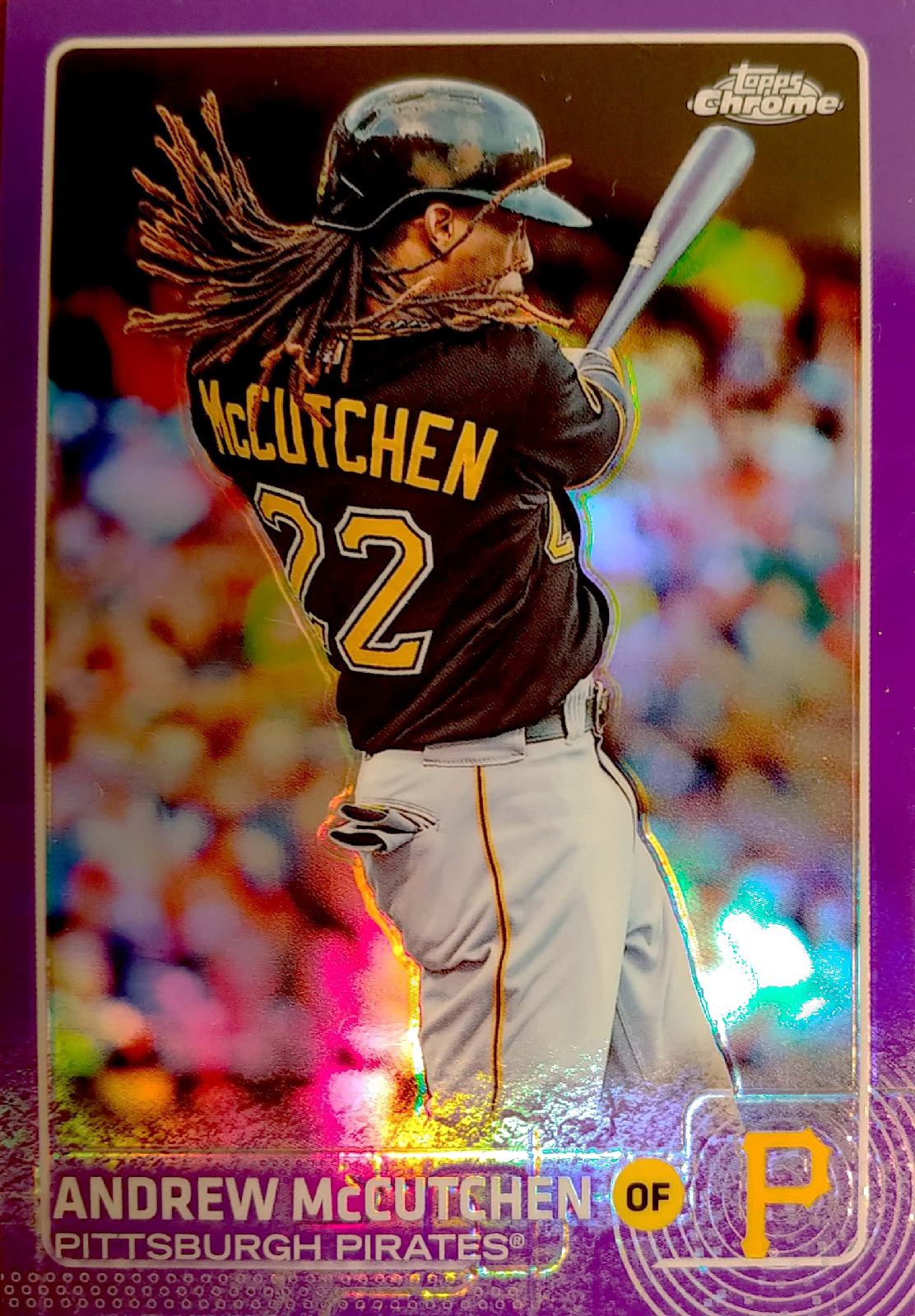 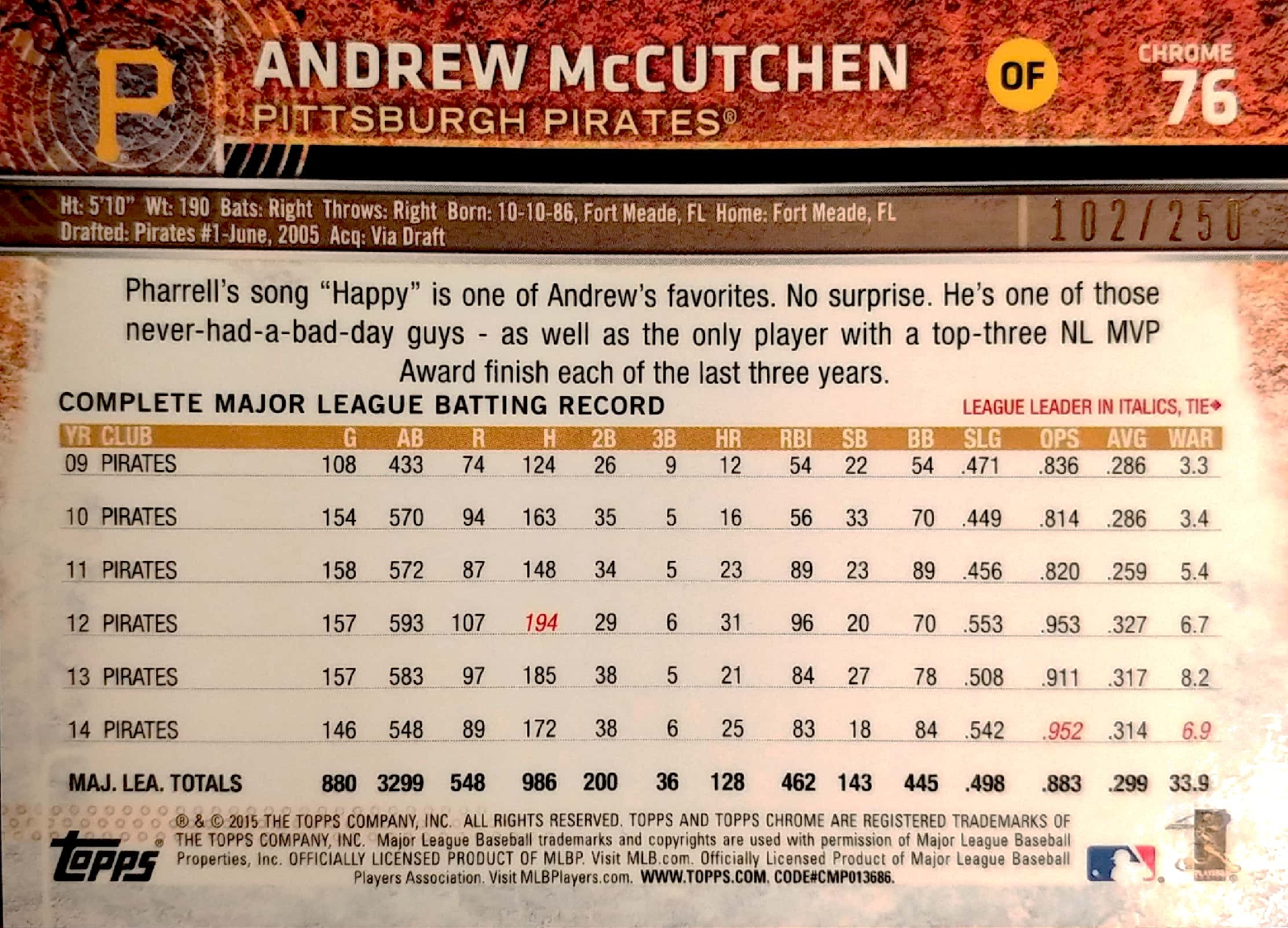 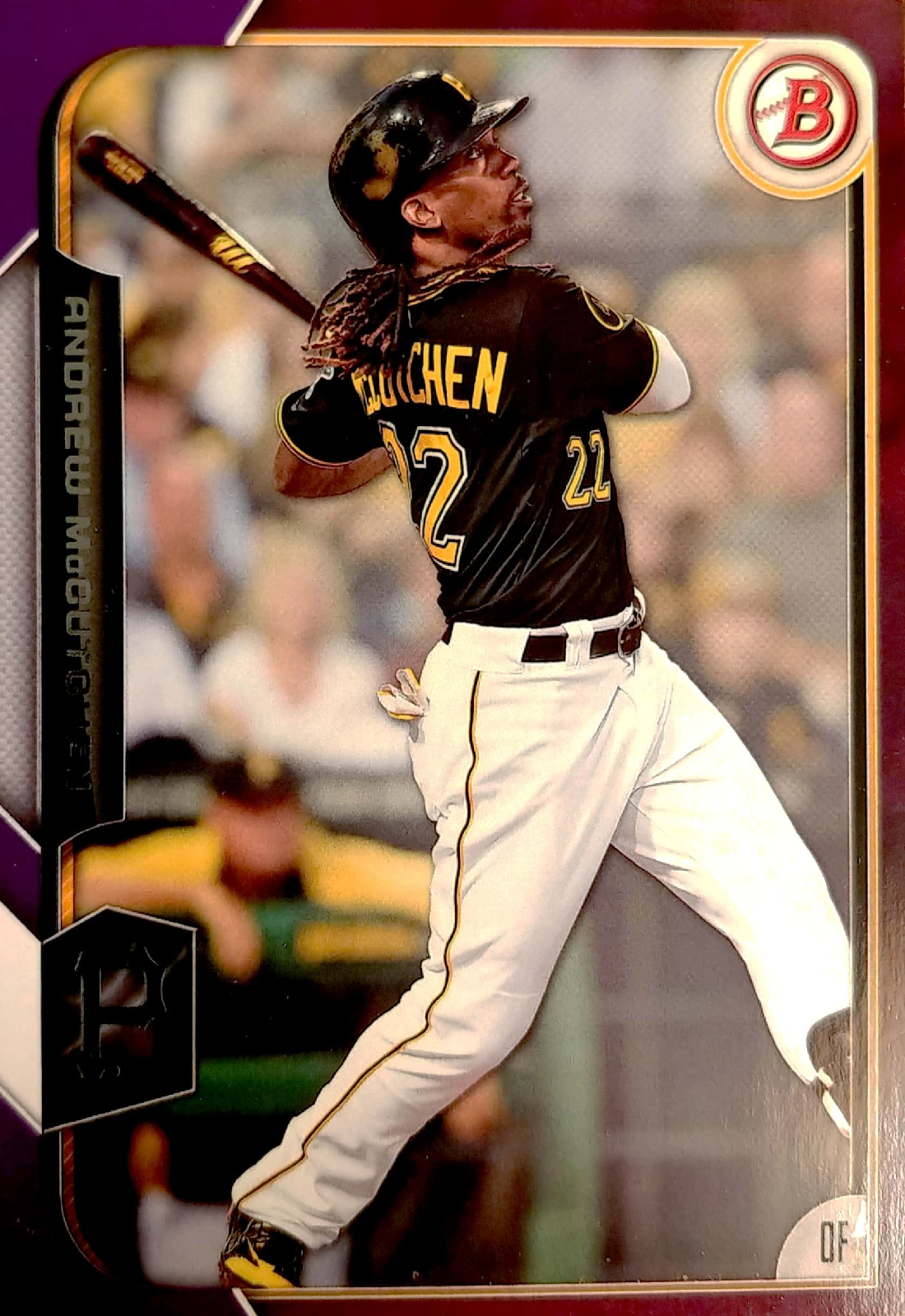 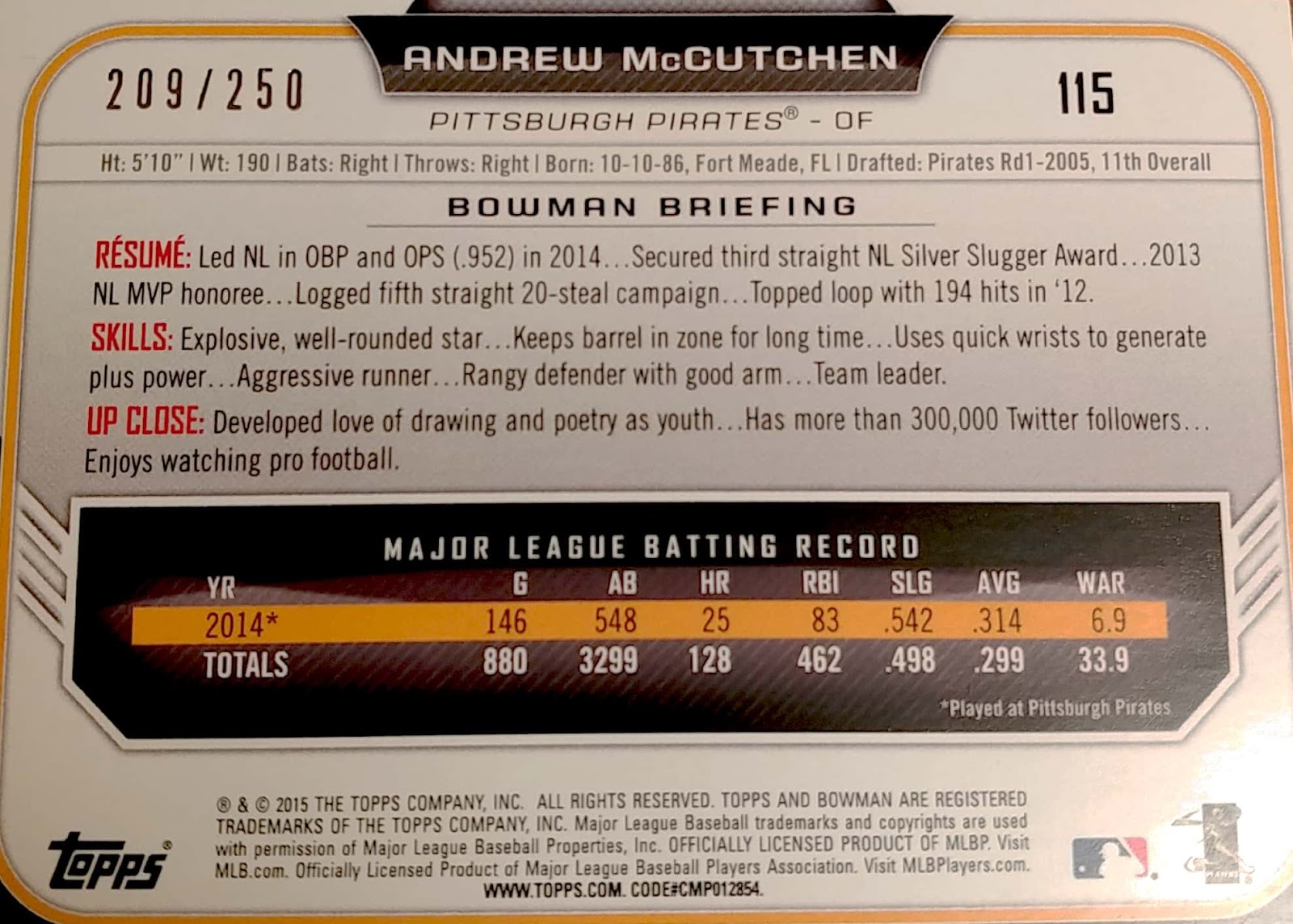 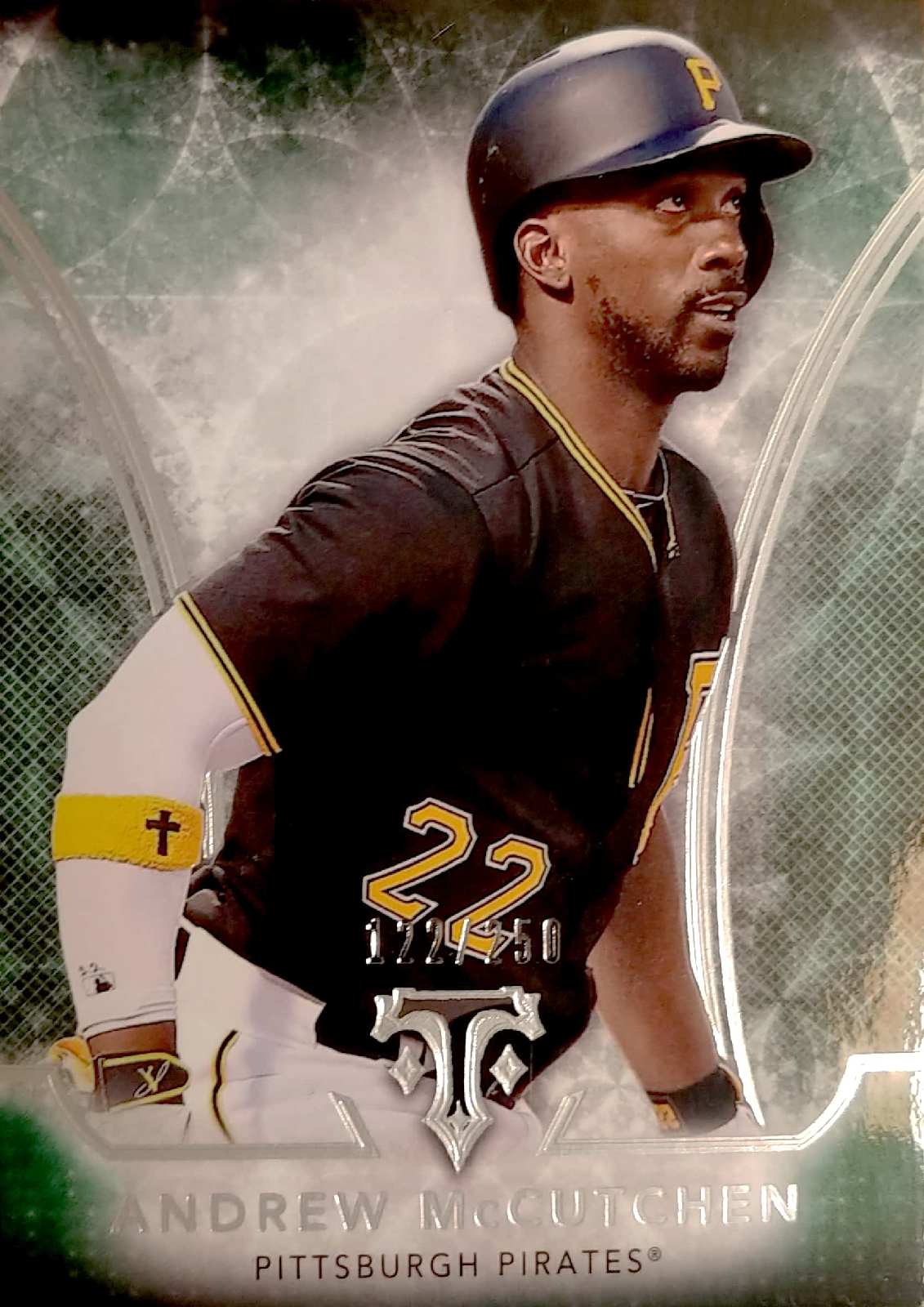 2015 Triple Threads Emerald
As stated, Cutch had hit his 250th career homer last Wednesday.  Of his 250 career homers here is a list of the players Cutch has launched off the most against
There are two pitchers that Cutch has hit 4 homers against: Mike Fiers and J.A. Happ.
Fiers of course is famous for bringing attention to the Astros cheating scandal and one of the most unique facial hair cuts ever. 4 of Cutch's 6 career hits versus Fiers have found themselves on the other side of the fence.
Cutch's brief Pirates teammate J.A. Happ has also surrendered the most homers to Cutch with four in 33 plate appearances.  Cutch has a .862 slugging percentage against the former Bucco.  His OPS is 1.347
As impressive as that OPS is, Cutch has actually fared better against another pitcher who briefly played with the Pirates (in spring training).  Clayton Richard, like Happ, is a journeyman southpaw. Cutch has reached base 63% of the time he has faced off Richard and has a career OPS of 1.625 with 3 homers in 17 plate appearances.
In terms of pitchers who have surrendered multiple homers to Cutch with the fewest plate appearances the list starts with Jose Torres who has given up 2 longballs in 3 plate appearances.
The most recent pitcher to surrender multiple homers to Cutch is Trevor Rodgers of the Miami Marlins who has given up 2 round trippers in 5 at bats.  With an additional walk and double to his credit versus the Marlins pitcher, Cutch has elevated himself into Barry Bonds territory with a 2.200 OPS.
Posted by Collecting Cutch at 12:10 PM