I have a ridiculous amount of Andrew McCutchen baseball cards.  Sometimes I get writer's block and can't think of things to write about regarding a one time perennial MVP candidate who is having declining years ahead of him.

However....
I discovered something while looking at this incredible on card autograph of Cutch from 2019 Inception. 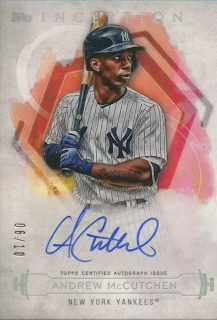 Not only is it just one of a handful of Cutch autographs featured in a short lived Yankees uniform, but it is very low numbered. 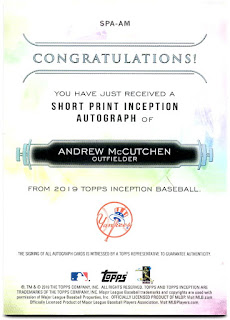 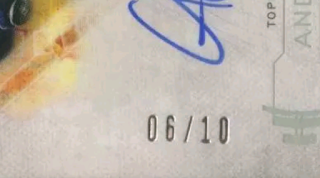 Anyone who knows anything about Yankees baseball knows the Yankees have retired numbers 1-10 from being worn in the future.

Number 6 was worn by Hall of Fame manager, Joe Torre 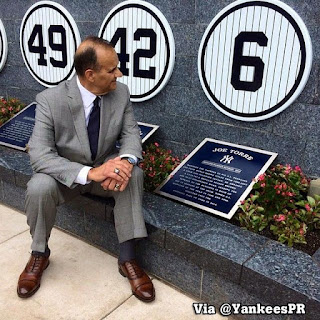 Torre famously managed the Yankees for a decade and won the World Series four times in that period.  He collected 2,342 hits as a player for the Braves, Cardinals, and Mets.

Torre is a baseball lifer having worked in many aspects of the business.  As a player he is often forgotten for having a great career.  A 9 time All-Star, Torre won the National League MVP, batting title, and RBI crown in 1971.  In addition to those accomplishments he won a gold glove in 1965.

Number 10 was worn by Hall of Famer, Phil Rizzuto. 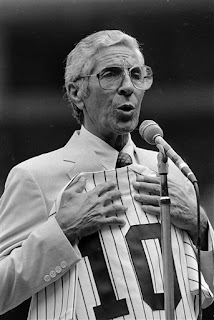 Prior to the outcry of Harold Baines being the worse player inducted into the Hall of Fame, many felt Phil Rizzuto was the worse.

His career WAR was just over 40 wins above replacement which is 4 wins less than Troy Tulowitzki.  He missed three of his prime years due to service in the Navy, but finished with only a .706 career OPS.
SEVEN ZERO SIX!!!

Still with an MVP, 6 All-Star appearances, and 7 World Championships he is a legendary Yankee.  Prior to Derek Jeter, he was often considered the greatest Yankees shortstop of all-time despite amassing less than 1,600 career hits.

My only memory of Phil Rizzuto comes from the movie Billy Madison when Adam Sandler's titular character can't write Rizzuto in cursive. 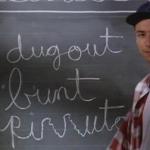 This idea of looking at serial numbers for inspiration is something I will be doing at least once a month going forward.  It will be a segment I call Serial History where I look at the serial numbers and discuss them.

A 2015 card of Cutch in a Pirates uniform may be numbered 19/25 so I may look at the Pirates team from the year 1925 or I may look at how many winning seasons the Pirates had since 1925 or maybe the Pirates players who wore 19 and 25 or maybe what pop culture things were happening in 1925 and how relevant was that to 2015.

The possibilities with over 1,500 serially numbered cards of Cutch are almost endless regarding what I can come up with.
Posted by Collecting Cutch at 9:57 AM