This Day in Cutchstory: Quality Control?

Where the heck is the quality control at Topps?

They release a high end set with a suggested retail price of roughly $300 per box and said box contains only 1 card.

The design is awesome. 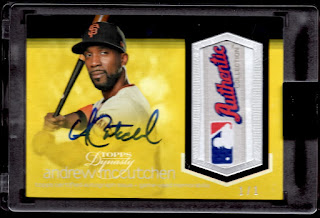 The box it comes in is equally awesome.

The information about dynastic deeds is awesome. 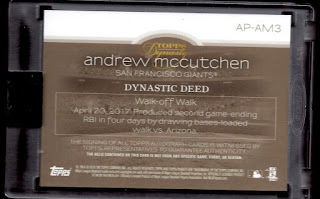 IF ONLY IT WERE TRUE THOUGH!!!

Look up the boxscore for  April 20th, 2017.  The Diamondbacks played the San Diego Padres and lost easily 4-1.

Was Cutch a member of the Padres then?
Nope!

Email ThisBlogThis!Share to TwitterShare to FacebookShare to Pinterest
Labels: 1 of 1, 1/1, 2018, Dynasty, Logoman, majestic, majestic logo, This day in Cutchstory