With the first pick of the NFL Draft...

There is speculation that the Arizona Cardinals may use the first overall pick to select former 1st Round Baseball prospect, Kyler Murray.  Kyler was selected 9th overall in the 2018 MLB Draft.  Unlike most other sports where the draft picks can make immediate impacts on their teams, baseball is a slower process.

It is because of that process that Murray ultimately chose to try his luck in football.

Another player who was drafted 9th overall was Bill Rowell in the 2006 draft.  Rowell looked like he would ascend through the minors tearing up the rookie league as a 17 year old batting .328/.415/.503 for an incredible and impressive .918 OPS.  The following year as an 18 year old he continued his success batting at a .273 clip.  When he approached A+ as a 19 year old he began to falter and was out of baseball by the time he was a 22 year old repeating the Gulf Coast League and AA. 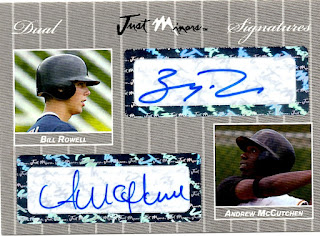 Javy Baez has been the most recent success story to be selected 9th overall, but there is still hopes that Austin Meadows and Ian Happ could contribute long careers from that draft selection. 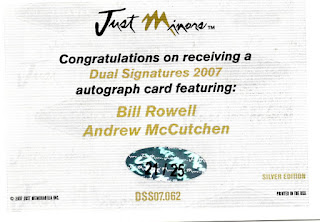 The position players listed above had a career earnings of roughly $48M with an average of a 15 year career and 3 years in the minors.  It is likely that if Murray gets selected 1st overall, he could top those earnings on his rookie contract.

Both sports require extreme levels of athleticism and commitments from the athletes involved.

The draft ultimately comes down to scouting, player drive, and health.  For every Peyton Manning selected 1st Overall there is a Ryan Leaf.  The same can be said that for every Javier Baez selected 9th overall there is a Billy Rowell.

One thing that can't be said after this week is that for every Kyler Murray in baseball there is a Kyler Murray in football.  Some of the most famous two sport athletes before had never been drafted in 1st Round of multiple leagues.  Bo Jackson and John Elway, both famous for their football feats were selected in the second rounds of the MLB drafts by the New York Yankees.  Both players used their two sport capabilities to get drafted in football else where.  Jackson didn't want to play for the Bucaneers so he reentered the baseball and football drafts.  Elway didn't want to play for the Baltimore Colts and demanded a trade or else he would play for the Yankees.

Jackson would again be drafted in the forth round by the Royals a few years later after his success at Auburn.

Do you think Murray goes in the 1st Round of Thursday's draft?
Posted by Collecting Cutch at 8:29 AM