Cardboard Insider: What became of Wendell?

I wish I could properly celebrate National Cereal Day with all of you, but alas there is a mystery we must aknowledge of having never been solved.

While there have been many cereals that have come and gone over the years and many of their cereal mascots have left along the way too, there are some cereals who just did away with their mascots without much explanation. 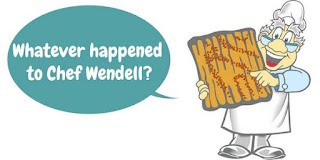 On this National Cereal Day we are going to look at the disappearance of the three bakers from Cinnamon Toast Crunch. 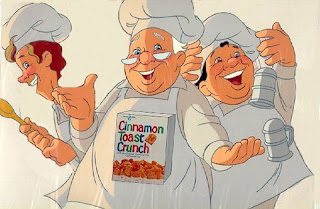 On the left is Quello, who was perceived to be second in command.  He was tall and thin.
Front and center was Wendell, the chief chef (I love alliteration) if you will.
And to the right the youngest of the group, the short and stocky Bob.

They took their brand of cereal to the nation and while initially humble and selling the brand for it's two grain whole wheat cereal with tastes of cinnamon mixed it, America wanted more. 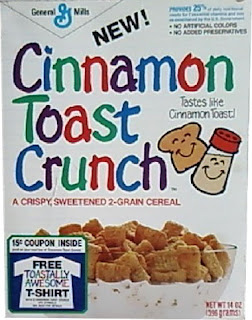 Quello, Wendell, and Bob became National Celebrities in 1985 when they appeared on a commercial baking their special brand of cinnamon toasted bites in cereal for a young mother on a weekday morning. 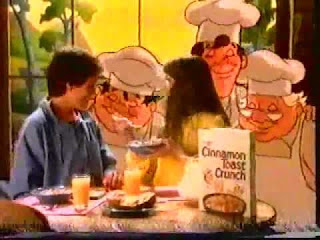 Entire families loved the way it tasted as it brought America closer together.

The cereal became a hit and the three amicable bakers celebrated among themselves by embracing their friendship and their brand. 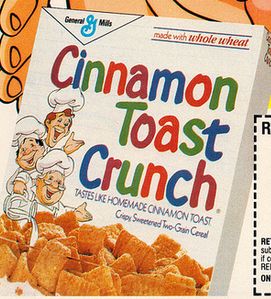 Unfortunately two of the bakers didn't take to the audience and soon corporate greed cut ties with them and made only one of them stay in the spotlight. 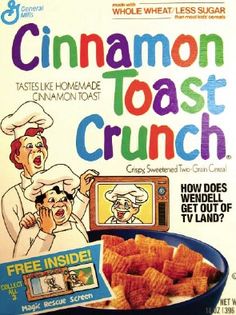 Wendell became the face of the franchise and marketing campaign.  It appeared that the fame got to Wendell as he made himself the celebrity that the other two bakers couldn't keep up with. 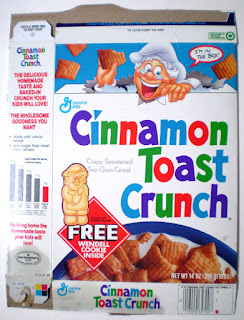 By the early 1990s, only Wendell would appear on TV and became a leader of General Mills famous mascots. 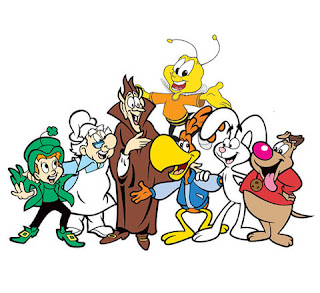 The above group picture features some of the more famous General Mills mascots as pictured in the 90s.  It included Lucky, Wendell, Count Chocula, BuzzBee, Cukoo, Trix Rabbit, and Chip the Dog (Cooooooooookie Crisp).  This lineup only features the General Mills roster and none of their fiercest rivals, the Gang of Kellogg's.  Toucan Sam, Dig 'Em, Tony the Tiger, Snap, Crackle, Pop, and the like could know what happened to Wendell's other baking friends, but we know that Wendell is at least still around at the time of this "photo".

It was shortly after this photo that Wendell went missing and was replaced by something that can only be described as a sentient cereal.

It appears that the cereal that Wendell was producing using a bunch of artificial sweetners after his closest friends Quello and Bob disbanded somehow mutated the cereal into a cannibalistic killing cereal. 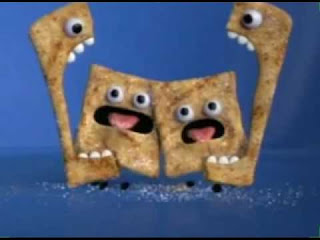 Could this have killed Wendell in the process?

Are Quello and Bob still around?


Come join me sleuths and let's look at what we know so far on how to tame these cannibal killing sweet sugary cereal cinnamon goodness. 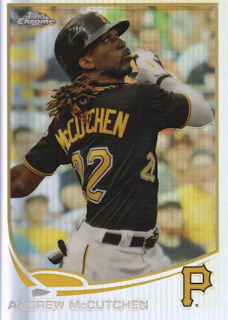 We have a 2013 Topps Chrome Refractor of Andrew McCutchen.  Seems harmless and unimportant for our mystery of three missing bakers, right?  The potential clue is on the back. 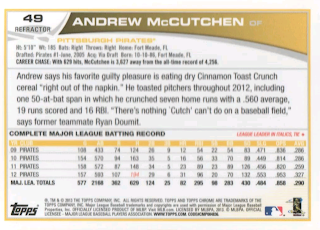 We learn that Cutch enjoys eating Cinnamon Toast Crunch "right out of the napkin".

Whenever we see the cereal come alive it is in milk.

Could the secret to calming these cannibal cinnamon squares be in consuming them dry?

Did this 2013 Topps Chrome baseball card hide a secret clue to what may have happened to the other famous bakers of this once extremely popular cereal?

I will leave you to decide...

Next year I will explain (not really) the history of Fruit Brute, the forgotten "Monster" cereal.

Let's finish with a scene from Burying the Ex that features Alexandra Daddario's character selling Fruit Brute at her local ice cream and shake horror shop. 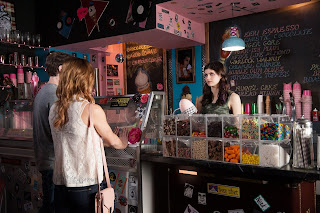 We may never know what became of Wendell and the other two bakers.  Honestly though, it's not worth looking into either. 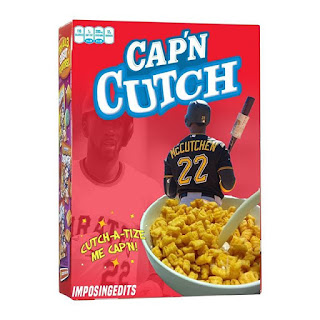 Posted by Collecting Cutch at 6:29 AM