When I was younger I used to be fascinated by the metamorphosis of frogs.  I know that ultrasounds of humans show incredible growth and we are amazing stories of survival too, but the idea of so many tiny tadpole eggs and the development of them to one day become a frog is a journey of perseverance that nature can provide.  It absolutely amazes me that any frogs can survive so much. 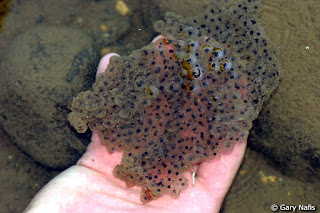 I bring this up because one of the most interesting and bizarre sets that Panini has used their unlicensed baseball product line over the past few years is a release called Chronicles.  Chronicles basically takes an amalgam of their basketball and football releases and makes mini sets for their baseball release.

Shortly after release Panini stated that not all players would be featured for all parallels and some players may have less than stated numbers produced.

Of course I wanted to grab a copy of the 2018 Neon Pink /49 for my Save The Boobies event.  Unfortunately Cutch fell in the "or less" copy. 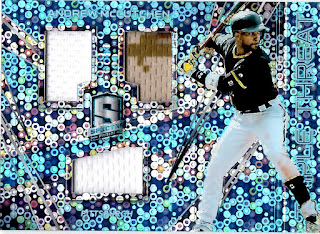 The Neon Blue parallel looks like tadpole eggs to me. 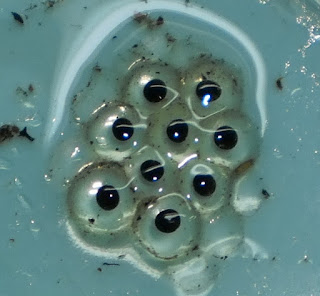 And much like the survival rate of a tadpole, much fewer survived than what should have. 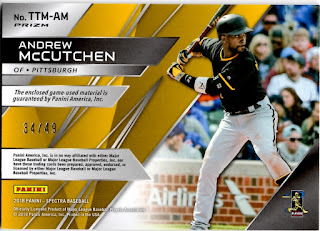 In short, Cutch didn't survive the cut for a Neon Pink copy.  Instead his Neon Blue which should have been /99 copies was instead produced as a short print /49 card.

Posted by Collecting Cutch at 6:10 PM