I have shown off a number of cards relating to Father's Day over the past few years.  Panini has released a limited release set called Father's Day each year and Cutch was one of the few MLB players they selected for the set.  Cutch appeared in the 2013, 2014, 2015, 2016, and 2018 releases.

It is likely that he won't appear in this year's release due to playing in only a third of the game's last year.

To keep the tradition of posting a Father's Day related card on Father's Day I am going to switch companies and show the 2018 Topps Update Father's Day blue parallel. 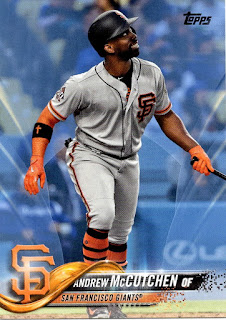 Like all previous years it is numbered to 50 copies on the back. 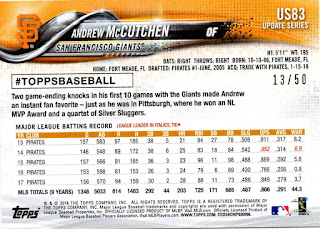 Happy Father's Day to all the dads out there.
Posted by Collecting Cutch at 2:24 PM