Today, thousands of people paid tribute to the century mark of the Negro Leagues being formed.  From generational athletes like Ken Griffey Jr and Michael Jordan to former presidents Barack Obama, George Bush, and Bill Clinton to late night host Conan O'Brien and many many more celebrities across Twitter their caps were tipped for the Negro Leagues using the #TipYourCap2020

Andrew McCutchen began tipping his cap to his wife Maria after every homerun he hits because he saw it in the Jackie Robinson movie, 42.

Topps has captured the moment on the 2018 Series 1 card.

I thought I would show off a trio of cards to reflect on the Negro Leagues that were created and that helped pave the way for Jackie Robinson to eventually break the color barrier and started what should have been equal rights for people of all races. 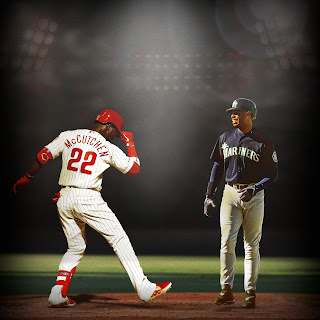 Jackie was the first black player to play in MLB and suffered a lot of backlash and animosity in his playing career. 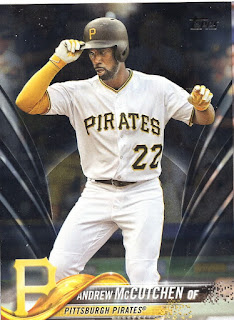 At his Hall of Fame induction speech he made a comment that he would be most happy when he could eventually see a black person managing a team. 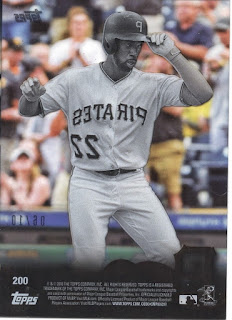 It is also clear that in today's world there is still negative racism and we must work together to end it. 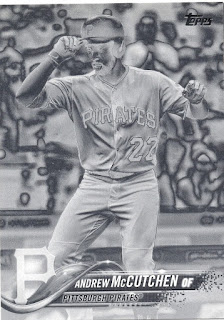 We can be the change we wish to see in the world, but it starts with all colors uniting. 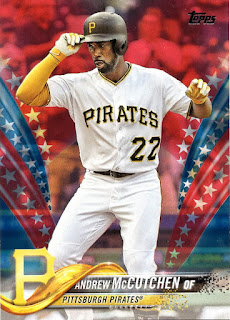 Posted by Collecting Cutch at 8:03 PM