I have been showing a lot of mail days relating to my Cutch SP Frenzy Challenge.

There are a few more PWEs that need to trickle in and obviously the COMC cards I purchased won't be here for many months at the rate things are going.

So let's get started with a classic card on CollectingCutch 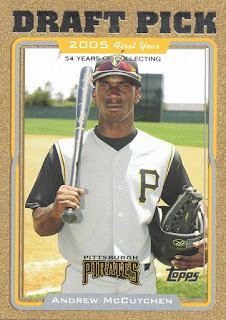 The 2005 Topps Update draft pick card of Cutch.  I believe that 2005 Topps Update was the last Topps set to feature draft picks in their flagship release and we are all likely aware of what happened the following year with the Alex Gordon "Rookie Card".  I am always on the hunt for more 2005 Topps Update cards looking for them in the $3-$4 range.  The golds are numbered to only 2005 copies and I like to get them for under $20. 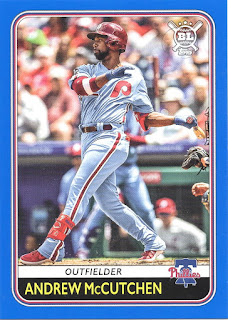 I took advantage of the frenzy to grab another Big League card I needed.
This came via a PWE so I was able to save on shipping. 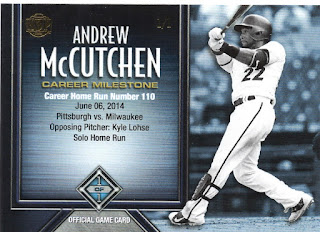 Kyle Lohse gave up 3 homers to Andrew McCutchen in his career.  More on this in a future post.


I thought I overpaid for this when it first hit eBay, but there were a few things going for it that I really liked. 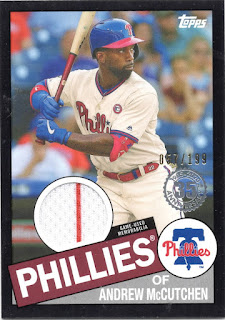 It had a black border
It's got that great 1985 design
It has a pinstripe on the relic that is centered fairly well
It is numbered to only 199 copies.

As it turns out the average of this card is in the $20 range still with only a few having been sold or currently listed for sale.
$23.98


2020 Topps Series 2 has a great throwback image for Cutch's main flagship card and I went crazy grabbing as many parallels as possible during the buying frenzy for the SP. 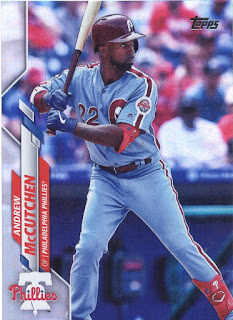 Unfortunately, my scanner doesn't pick up the foilboard very well. 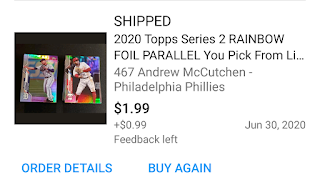 This brings the total for all cards purchased during the SP Frenzy in today's mail day to $58.82.  The collection added a limited print run gold prerookiecard, a 1/1, a black border pinstripe relic, and a few parallels.  This collection of cards cost only about 20% what the top rates were for the Cutch SP during the height of the frenzy.

Sales are starting to "settle down" on the 2020 Series 2 Cutch SP and the prices are typically ending up under triple digits.  I will continue to wait it out until they get under $40.
Posted by Collecting Cutch at 5:44 PM