Every once in awhile I like to show off my progress with a rainbow. 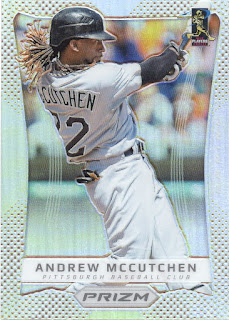 Prizm is the "flagship" set that fans of basketball and football collect.  It got it's first release in baseball though. 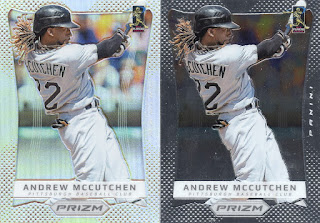 Initially the "Refractors" were called Prizms so when cataloging the card on the left you would call it 2012 Prizm Prizm and 2012 Prizm.

Now the refractor style technology is called a silver.

Above are the three retail exclusive colors 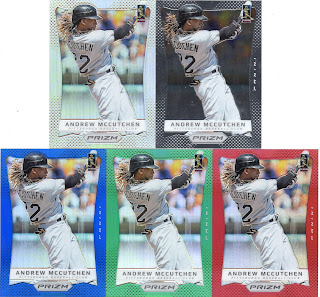 Here is my rainbow as it stands 8 years since release.  I am still in need of the Black Finite 1/1 and the Gold Prizm /10 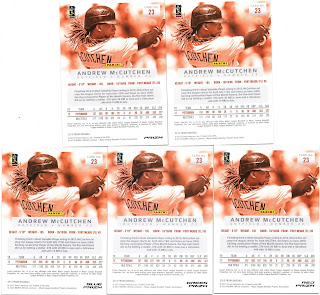 I like that they put the parallel name on the back of the card.  Imagine if they still did that?
You'd see names like the following:
Lime Green Donuts
Cosmic Haze
Burgundy Kaleidoscope
Je2er


Posted by Collecting Cutch at 4:06 PM