I am interrupting this week of Bowman's Best cards to bring a card I have been patiently waiting to show off for many many months. 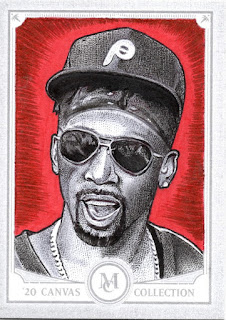 You have seen Juan Rosales draw plenty of images of Andrew McCutchen for me over the years, but this image of Cutch has become famous thanks to the photo variant found in Series 2 Topps 2020. 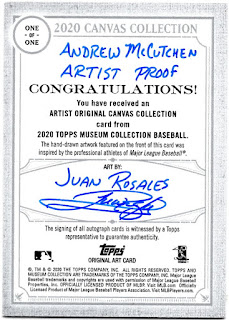 Juan began working on this commission for me back in December 2019 when he told me he would again be doing sketch cards in 2020 Museum.  Long before I knew about the photo variant happening I made arrangements for Juan to draw that image for me.  By early January he had started to work on getting it completed, but couldn't show it to me or ship until the product released.

Due to COVID19 there were many delayed shipping releases later of 2020 Topps Museum.

Since the product officially released today I  can finally show it off.

Time to get my swag and dance on and return to a week of Karate Kid inspired posts. 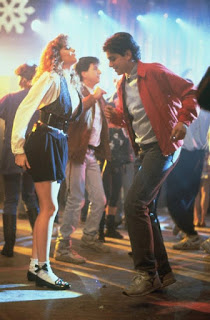 Posted by Collecting Cutch at 5:30 PM