Justin Verlander had to prematurely end his season in 2020 after pitching only 6 innings and will likely miss all of the 2021 season as he recovers from Tommy John surgery.
JV has been a workhorse since his debut.
In his 16 year career there has only been 4 seasons he hadn't pitched over 200 innings.  His rookie year he was just a September call up and pitched only 11 innings.  His "sophomore year" he pitched 186 as a 23 year old and won the Rookie of the Year because he still qualified as a rookie under MLB status rules.  In 2015 he appeared on the DL and logged just over 130 innings and ultimately this season he pitched 6 innings of 2 hit, 7 strikeout ball.
He has solidified himself as a Future Hall of Famer with his consistent approach year after year.
I never saw his injury happening, much like the picture you see below. 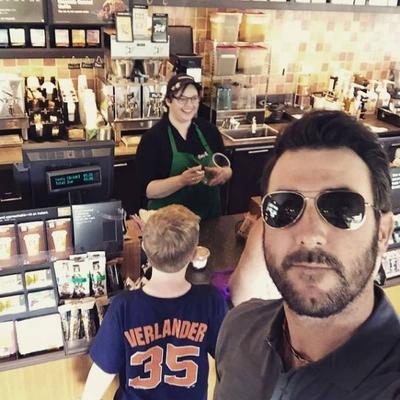 I love when athletes do photos like this, taking selfies of themselves without the person wearing their jersey being aware of who is behind them.  The little kid in the picture didn't see it coming.
I had a similar situation pop up in October when I joined Mercari because two people I follow on YouTube had suggested there were great deals on the online marketplace.
I didn't expect to find anything of need because let's face it, I already have over 3,000 unique cards of Andrew McCutchen.
Finding a rare card I didn't have for a reasonable price wasn't something I truly expected to happen.
Well, like the kid wearing the Justin Verlander tshirt above, I never saw this JV coming into my possession. 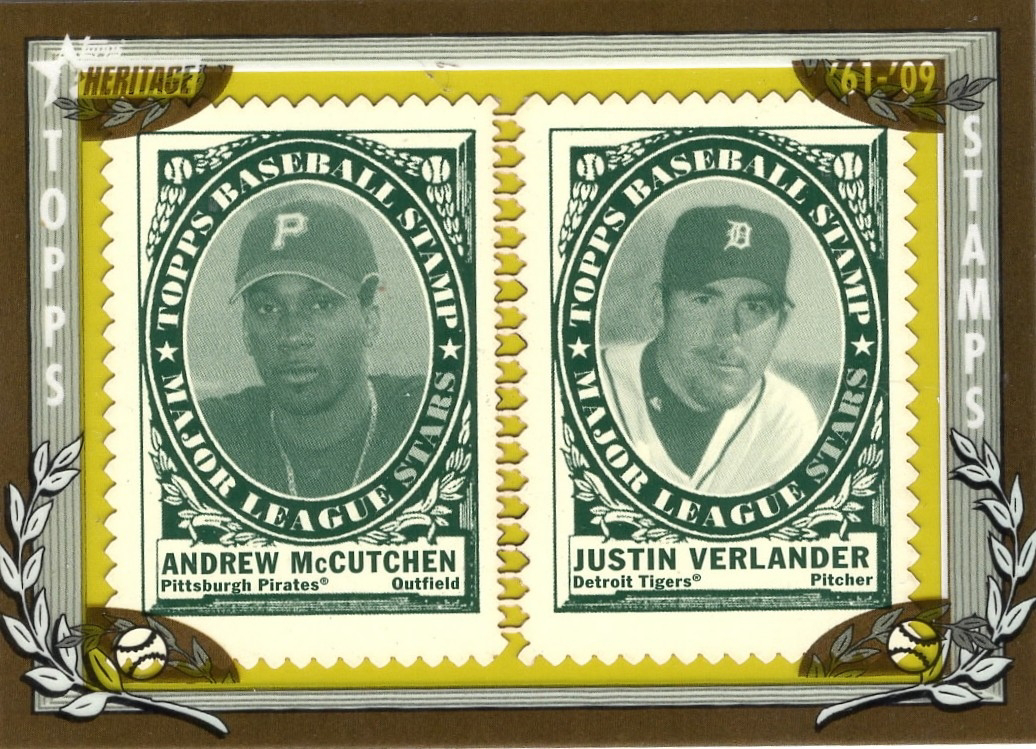 Topps Heritage Dual Stamp cards with print runs of 50 copies from a decade ago never pop up for sale on eBay anymore. They certainly don't pop up for Justin Verlander and Andrew McCutchen.
THE LAST RECORDED SALE VIA EBAY SOLD IN 2013
I was very happy when I grabbed a Kendrys Morales stamp with Cutch back in 2018 and that cost me more than this card.
I didn't think this would hit the market because it applies to so many different collections (player, team, vintage style, set, Heritage master set builders). They certainly wouldn't pop up for $30 delivered either on eBay.
I am very happy with my first Mercari purchase and have used the app to add a few more items to the collection, which I will share with you later.
Adding a 2nd year low print run card of Cutch and a Future Hall of Famer is a pretty awesome 1st purchase.
Have you used Mercari?
If so have you gotten any rare items that don't pop up on eBay or other frequently used marketplaces?
Posted by Collecting Cutch at 9:04 AM