Rays History: What Could Have Been?

The Tampa Bay Rays have steadily been a competitive team since 2008 when they advanced all the way to the World Series.  The fact that they have been a top 20% performer in terms of wins over the past decade despite having a bottom 10% of payroll shows that the upper management is one of the smartest organizations in professional sports.
This is further evidenced that the Rays despite only a $28.6 million dollar payroll advanced all the way to Game 6 of the 2020 World Series.
However, not everything for the Rays comes up aces.
Take Wade Townsend for example.
He was selected by the Rays with the 8th overall pick in that loaded 2005 draft class that produced many face of the franchise players like Troy Tulowitzki, Ryan Braun, Alex Gordon, and Andrew McCutchen.
But did you know that the Rays were considering taking the florida native McCutchen with that 8th overall pick? 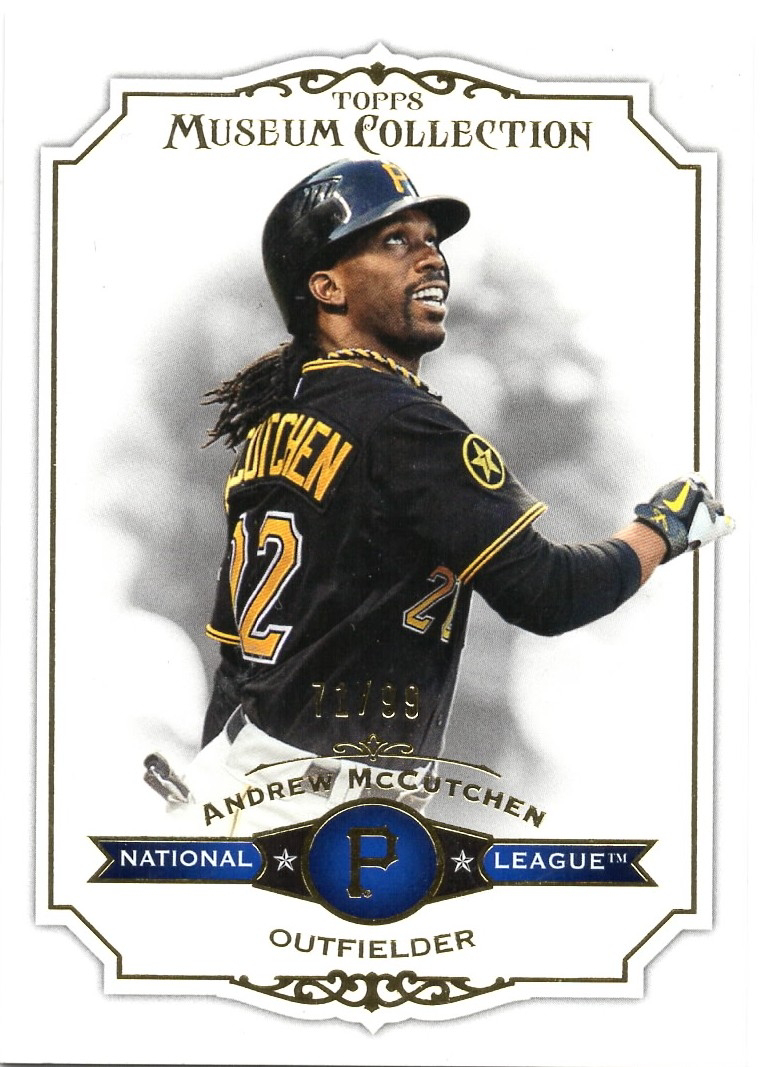 Neither did I until I read the back of this 2012 Topps Museum card. 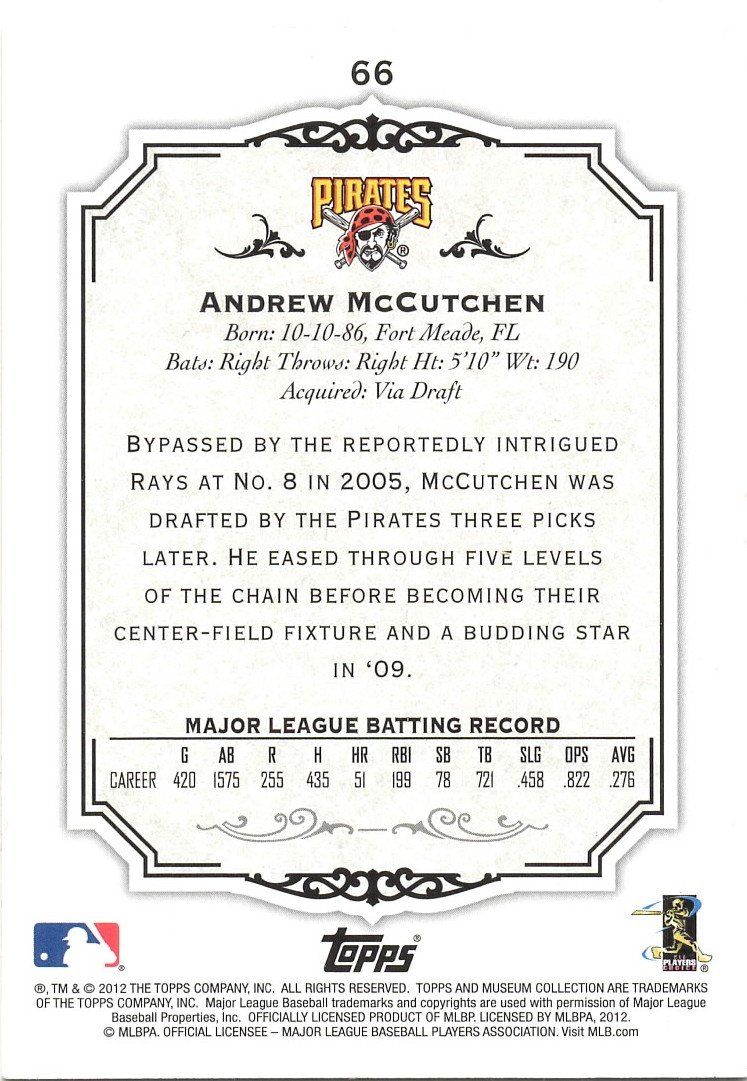 Imagine if Andrew McCutchen debuted in 2008 with Evan Longoria and joined a talented outfield consisting of BJ (Melvin) Upton and Carl Crawford?
Would a 2008 rookie nucleus of Longoria, Price, and McCutchen been enough to win the Rays at least one Championship? I have to think McCutchen would have fared better than Gabe Gross, Gabe Kapler, or Sam Fuld in the outfield during his "controlled years".
I am still on the hunt for the 2012 Topps Museum green parallel to 199 and the red parallel numbered 1/1 .  I have the blue, gold, and base.
Posted by Collecting Cutch at 1:22 PM