The SaveSecondBase event takes a lot of research and planning.  In addition I normally work extra overtime the first few weeks of November (63 hours worked last week!!!).  It's because of these factors that I tend to not ship out prizes until things slow down a bit. I completely forgot to do the randomizer last Friday for the Lou Brock card so I did it today.
If you remember, I asked everyone to name their favorite War movie to try and win the pink card with the late great Lou Brock.  I was surprised to find out that Lou Brock's WAR stat is basically the same as Andrew McCutchen's current level.
Before I get to show off the winner of the Lou Brock card, I want to show unique card 3,020 in the Cutch supercollection. 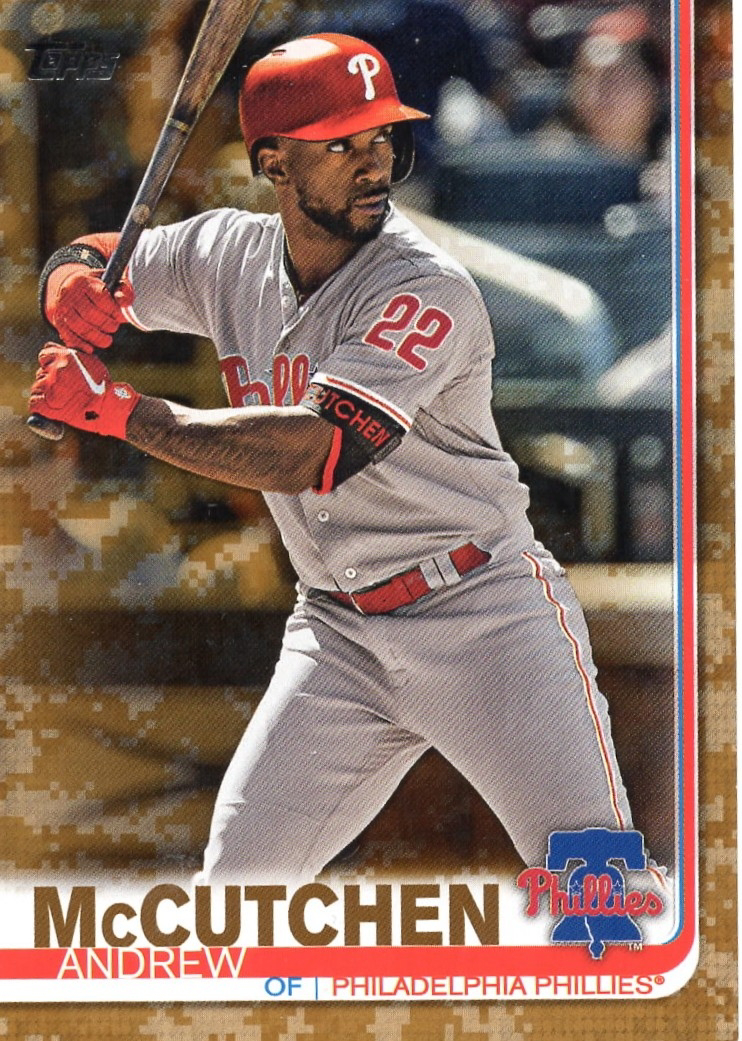 Topps has been putting these camo parallels in their sets since 2014.  Some Look better than others, but I have to say that the 2019 camo looks amazing in hand.  No pun intended, but many other years have the camo get hidden so they don't pop so much.  In 2019, the camo is featured all over the card, not just the right and bottom true borders of the card. 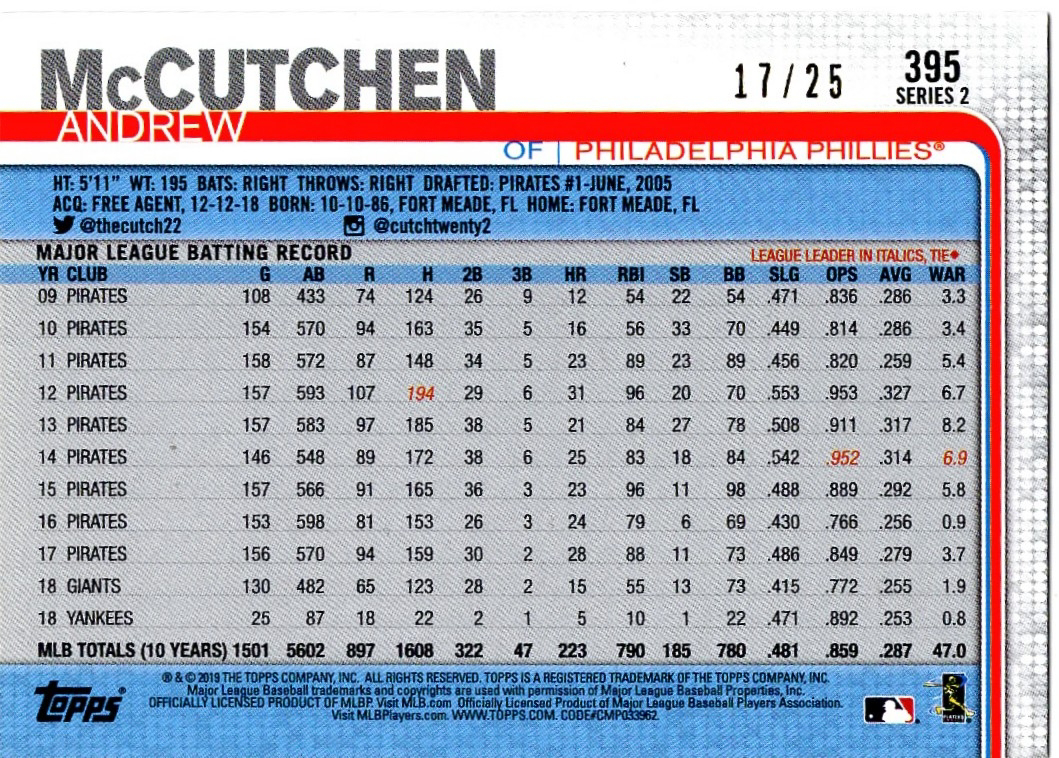 The cards were numbered to only 25 copies in 2019, making these one of the rarer parallels to chase from flagship.
All contest winnings will ship this Wednesday so please email me bstryker81 AT gmail.com with your address so I can get the cards to you.
Now to the Lou Brock autograph.
There were 21 valid contestants. 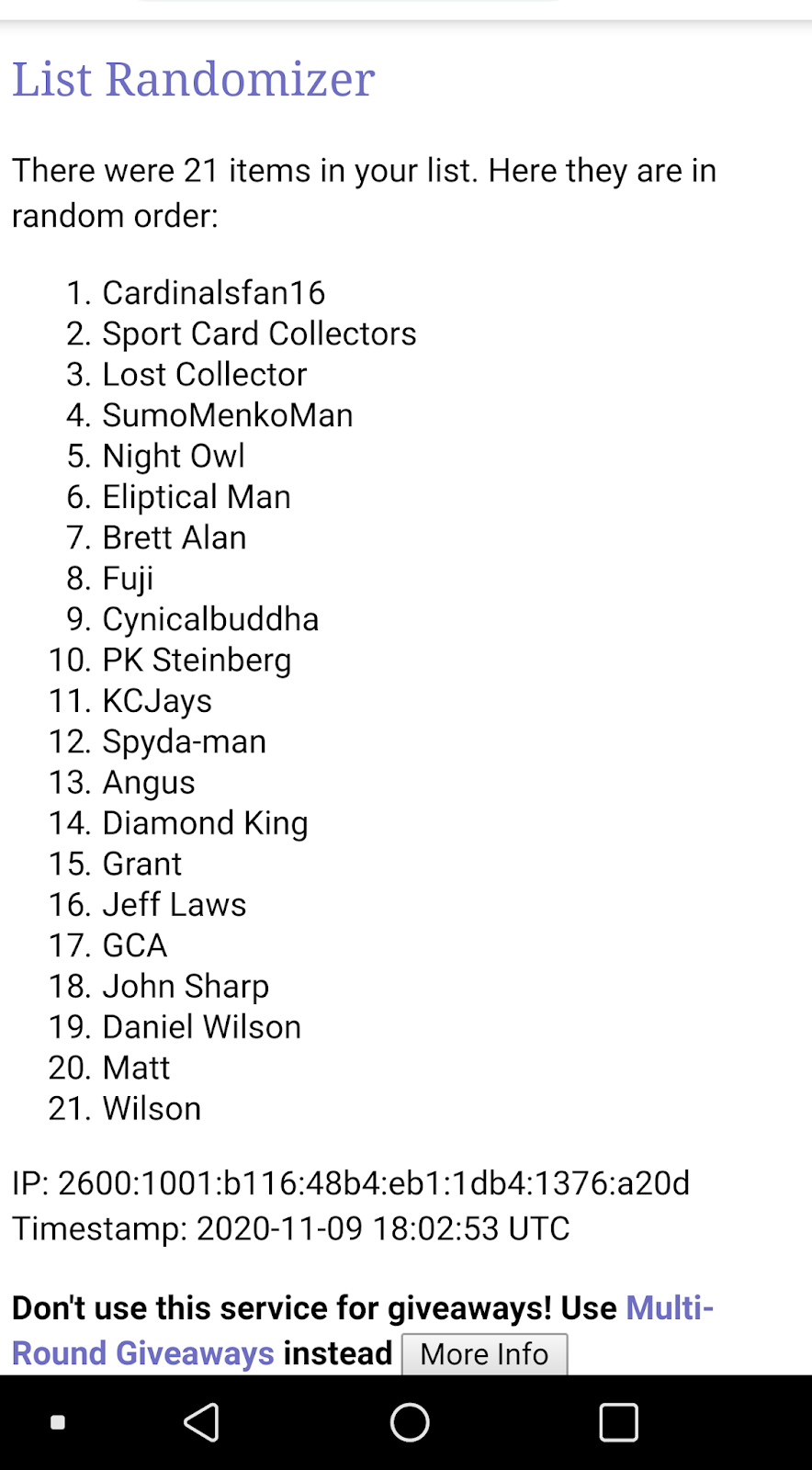 Cardinalsfan16 was on top after the first random 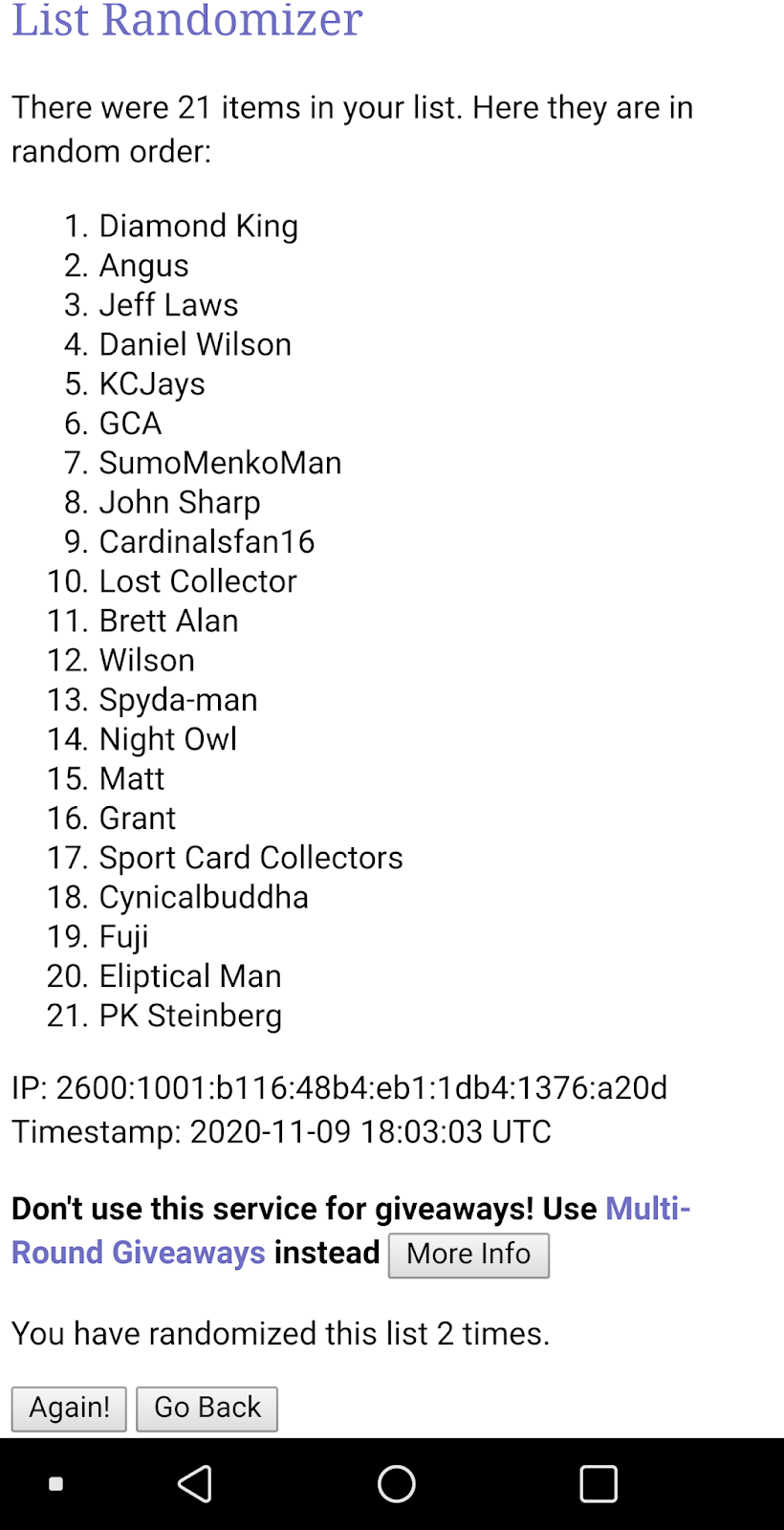 Diamond King was atop after the 2nd 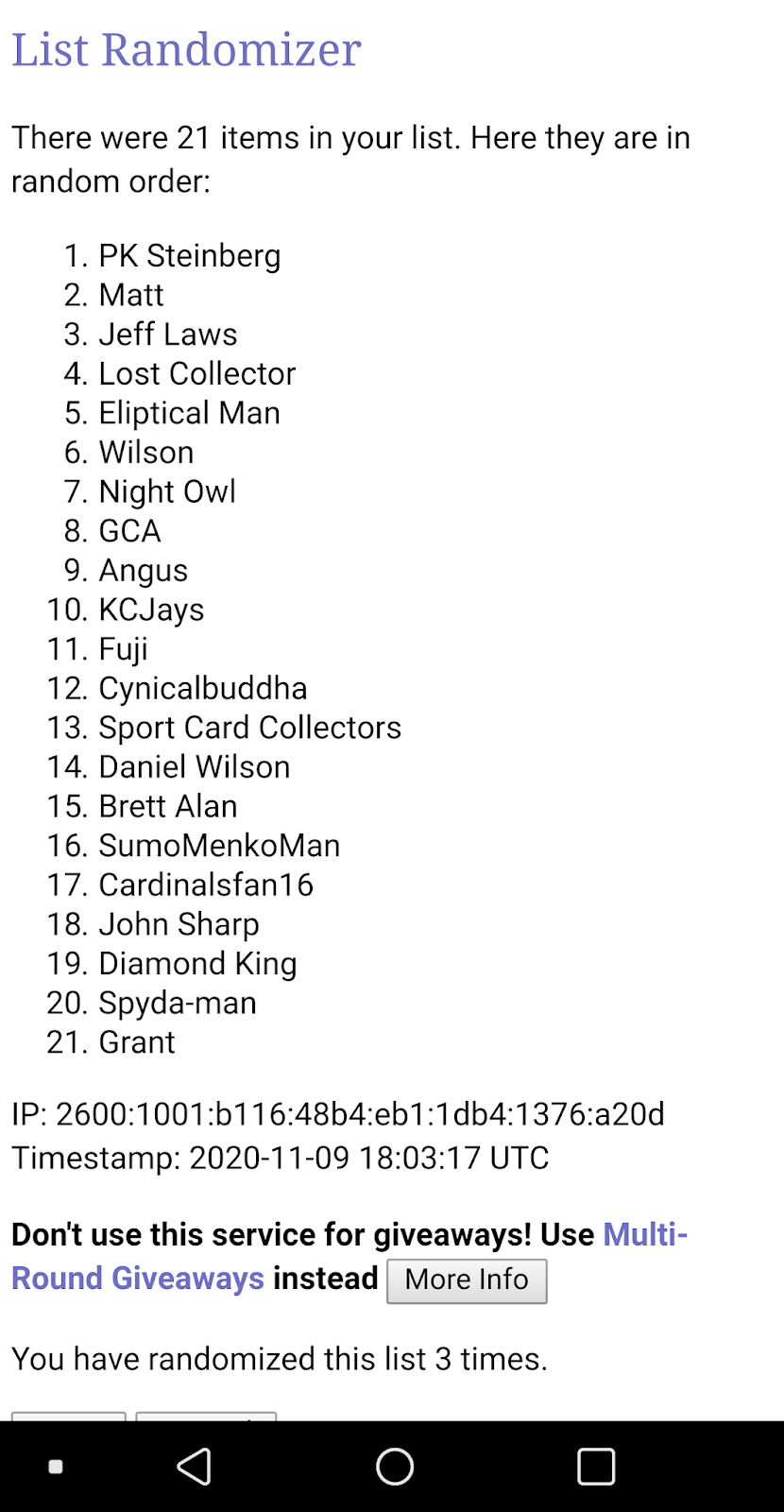 Peter was on top after random 3 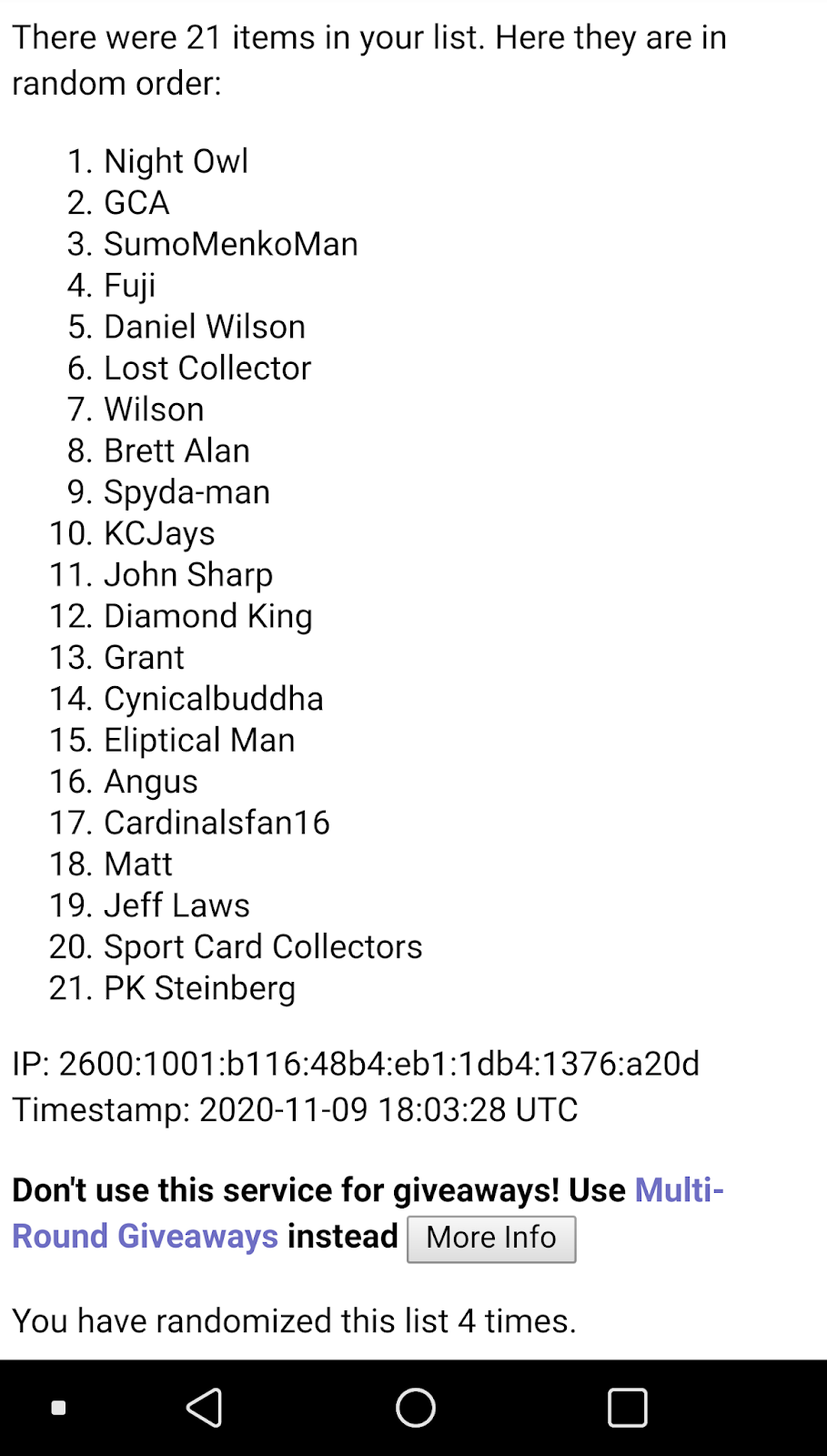 Night Owl flew to the top for the 4th random 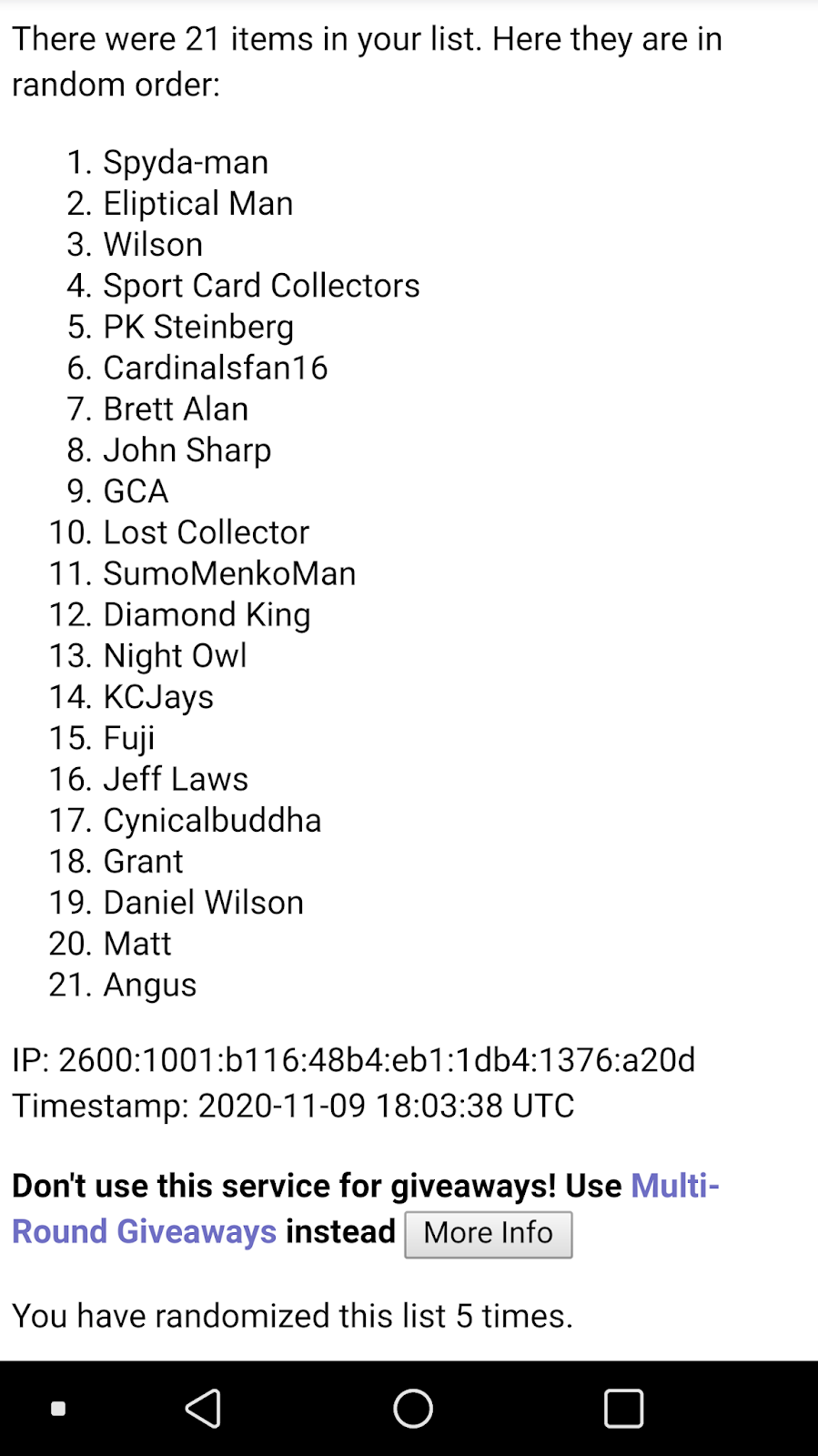 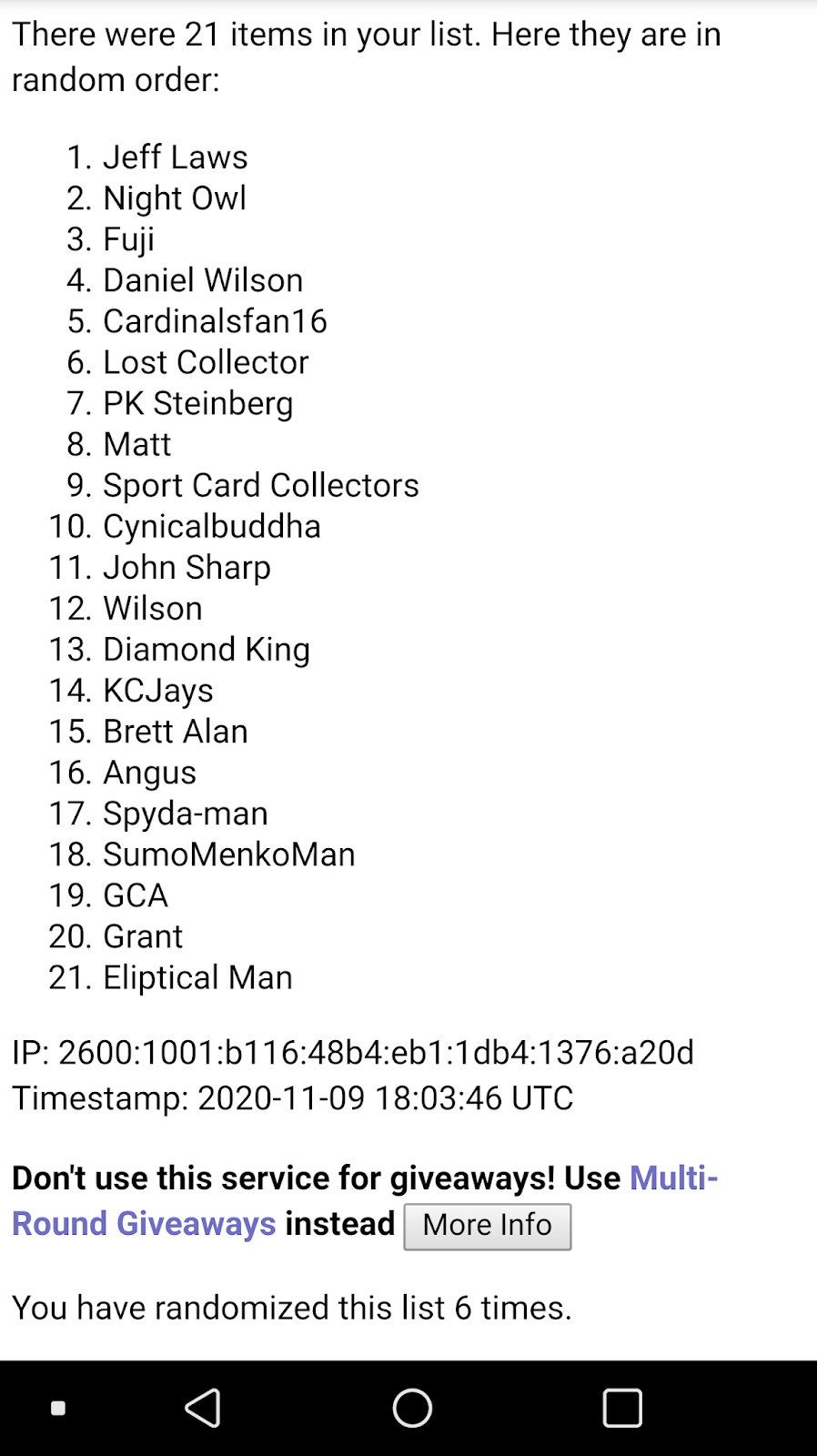 But in the final random, number six, Jeff Laws rose to the top.
Jeff, please email me your address so I can get this to you.
Thank you to everyone who participated last month.
Posted by Collecting Cutch at 2:45 PM