Elf Week: Son of a Nutcracker

If you're a human who thinks he's an elf that grew up in the North Pole living with nothing but cheer and merry days, you likely wouldn't curse even when things don't go according to plan.

Instead you say "Son of a Nutcracker" 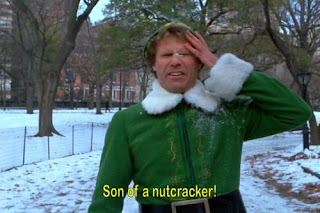 John recommended this quote and I have to admit I was stumped trying to find a card featuring son or nutcracker.

It wasn't until I was putting away one of my binders containing base cards that I noticed I had a Nuts For You bobblehead from Andrew's Altoona Curve days. 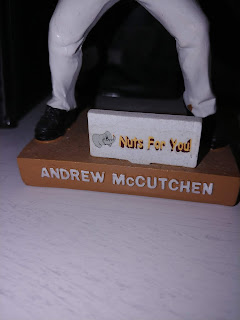 It may be a stretch, but NutsForYou is a family run business (thus the son of a nutcracker).  They sponsored this bobblehead as a giveaway in 2013. 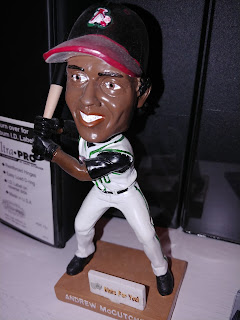 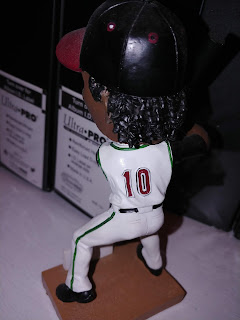 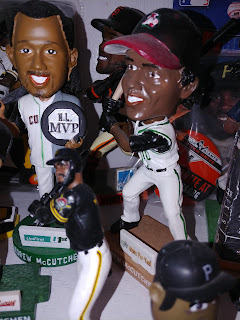 Here are a few of my other bobbleheads and oddball figures.

For more information about Nuts For You visit their website here.
Posted by Collecting Cutch at 7:35 AM