I have always been a bigger Marvel Comics fan than DC Comics fan.  The X-Men (and all the other X books), Iron Man, Daredevil, Iron Fist, Darkhawk. These were all comics I loved to read growing up.

It wasn't until I was an adult did I really get into reading DC Comics.  Now don't get me wrong, I loved Batman as a kid, but I never bought a single issue of Batman to read until I was in my 20s.  As I matured more into adulthood I really grew towards The Flash.  The stories written by Mark Waid and Grant Morrison made me realize what an incredible life Wally West had lead from teenage speedster to the superhero who would forever have to live with the mantle of "your uncle saved the entire universe".

Similar to Marvel's Cinematic Universe crafting stories spanning a decade across over 20 live action movies, DC Comics Superheroes will be facing a universe event beginning this week when the tv shows Supergirl, Arrow, Flash, Black Lightning, and DC's Legends of Tomorrow kickstart an event loosely based on DC Comics' Crisis on Infinite Earths.

The event will feature characters from past TV shows and movies as all the DC Comics Universe tries to create (or destroy) all the universes and meld them into one.  We will see for the first time on screen in over decades characters from Smallville, Birds of Prey, Tim Burton's Batman, Superman Returns, Wonder Woman, the original Flash TV series, Supergirl the Movie, etc all appear.  Even the voice of Batman: The Animated Series, Kevin Conroy, will be appearing.

It is going to be epic.

And I will be watching.

The event kickstarts tonight on Supergirl. 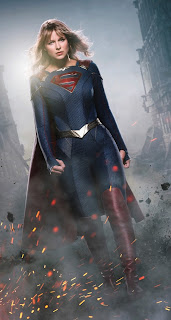 There Will be lots of cameos though 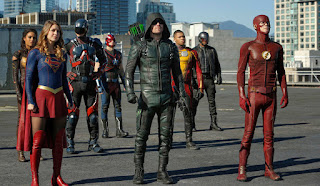 All week long I will show a card of Andrew McCutchen relating to this big event. 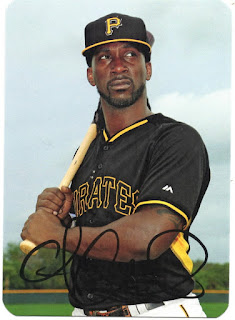 The stoic pose really makes this card look like Cutch is a hero overlooking his city, or in this case, the backfields of Bradenton, Florida. 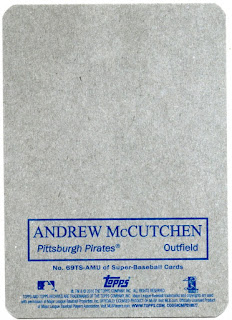 Posted by Collecting Cutch at 11:40 AM