I saw the Portland Address and immediately thought that it was Gavin.  I even emailed him saying I got his Secret Santa package.

Then he hit me with this whammer of knowledge I had no idea about...other people live in Portland...and they blog too. 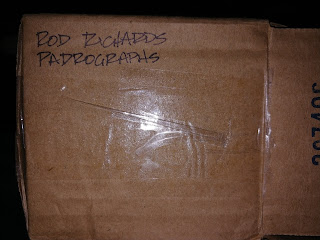 Rod I apologize.  I didn't see your name on the side of the box immediately.

I opened the package and saw some delightful pink peanuts to keep the package from shifting along with some Paw Patrol (?) wrapping paper. 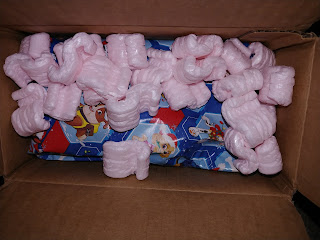 I have no idea what could be inside, but the smaller package has to be cards I thought. 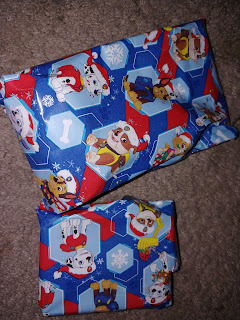 I immediately went for that... 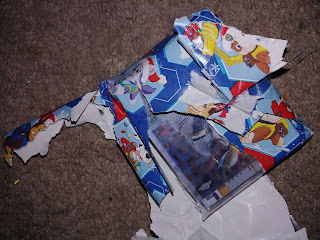 Roberto Clemente on the top?  This looks promising.  Not much is better than Clemente cardboard.

Well except when you get MULTIPLE new Clemente cards. 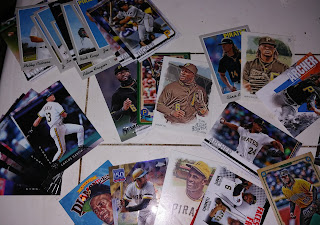 Then I went to the oddly shaped package.  When I ripped the wrapping paper, I immediately went into lil kid mode. 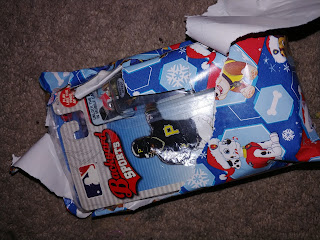 I can't believe 1)you found this unique Cutch item and 2)you got it for me. 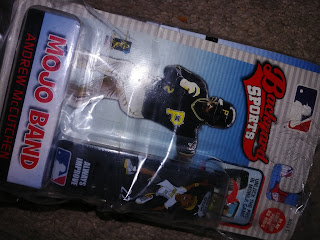 This is fricking sweet.  Pretty sure I will never use it or remove it from it's packaging to "unlock the pro in mobile game". 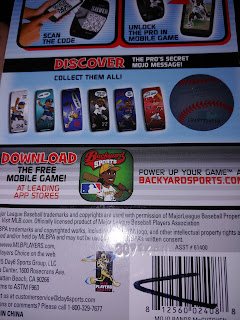 One thing I particularly like about this "kid's toy" is that Cutch has his cross armband still being worn.  I wonder if in order for the artwork to be approved by Cutch it had to have that armband. 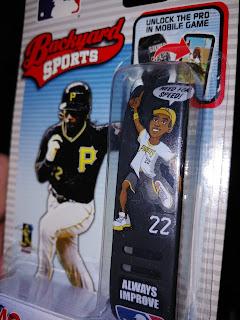 Here is a closer look. 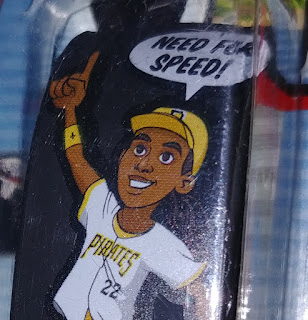 Rod wasn't done though.  He also included a pair of McCutchen holiday cards. 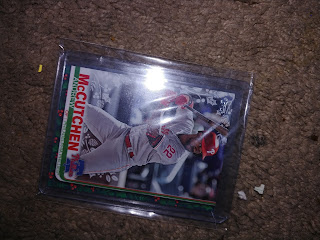 Thank you so much Rod!

Posted by Collecting Cutch at 4:26 PM