A few weeks back I showed off an original piece of art by Mayumi Seto which was used to produce the 2017 Topps Gallery base card for Andrew McCutchen.

Since then I have added another original to the collection. (Well 2 more to be honest, but more on that in a future post).

This year the Wal-Mart exclusive set featured an insert subset based on the 1965 Topps design.  The two previous years since relaunching the brand in 2017 had sets based on 1951 Bowman and 1952 Topps. 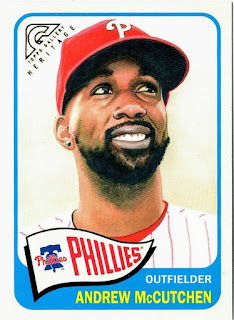 This is the card as it was released by Topps.  These fall roughly one per 1.5 packs.

The 1965 design, like so many other older sets, has appeared recently in other sets that recycle old designs for current players.  The 2014 Topps Heritage design is based on 1965 Topps and I have shown that off a few times on here.  Even though Cutch didn't appear in the 2019 set, there was a 9 card #TBT online set released using the 65 design also.

The artwork for the 1965 cards set in this year's Gallery release was drawn by Louise Draper. Follow on Twitter @LouLouD 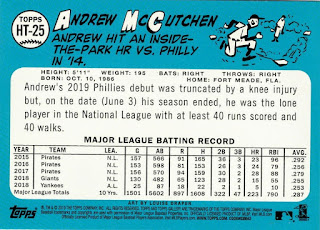 Topps did a nice job recapturing the look and appeal of the original 1965 set.

I've seen a few others of Louise Draper's originals and they are awesome. 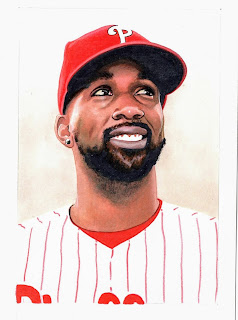 Below is the original art next to the 1965 insert card. 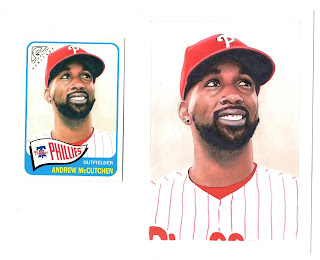 And Here are the backs side by side. 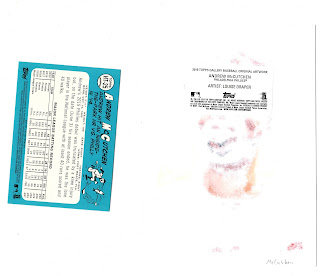 It joins my other originals by 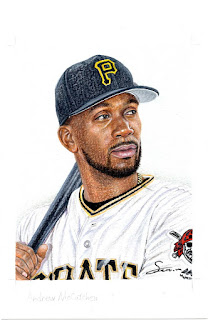 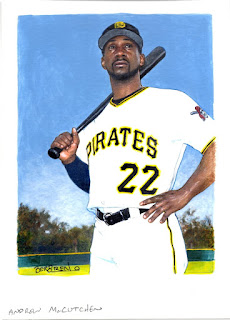 Posted by Collecting Cutch at 4:14 PM