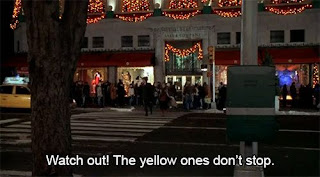 While on his date with Jovie he says to Zooey Deschanel's character "Watch out! The yellow ones don't stop" referring to taxis as they approached an intersection.

Now I could simply show off this 2014 Bowman Yellow parallel 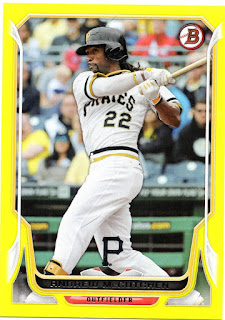 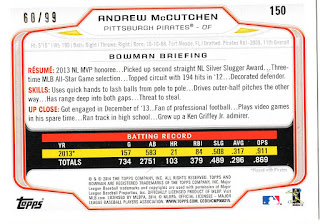 to wrap this quote up.

But...
It's good to know where this line originated.

When Buddy first came to the city from the North Pole he was completely unaware of all modern traditions.

Like don't play in traffic or how to wavedown a taxi...

The slow motion of Buddy getting hit by the taxi legit made me cry from laughing so hard the first time I saw this scene.

It helped set the stage for "Watch out! The yellow ones don't stop" 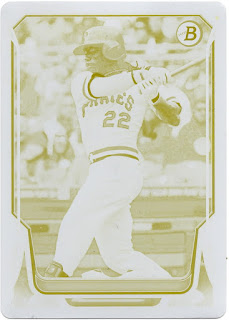 The same can be said for this yellow printing plate.  This 1/1 yellow plate... 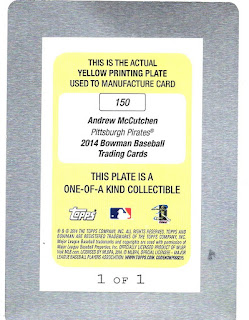 Didn't stop until this card was produced... 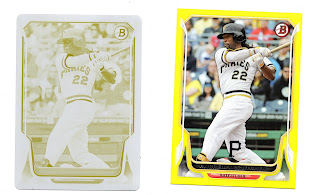 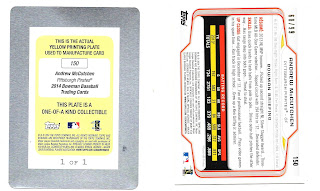 How did I do with that one Jeff?

Posted by Collecting Cutch at 7:21 AM